Streaming passes for the new LOITV.ie service are available to purchase ahead of the resumption of the SSE Airtricity League season on Friday, June 11th.

We are delighted to confirm that our home game against Waterford FC – and every home game after that – will be produced by the club (DFCTV) and will be broadcast on the new LOITV.ie platform.

LOITV.ie – which replaces WATCHLOI – will be made available free of charge to all Dundalk FC Season Ticket holders and annual Patreon subscribers. User codes will be sent to these supporters via email in the coming days.

Former WATCHLOI customers are encouraged to subscribe to LOITV.ie now to get access to all of our remaining Premier Division fixtures at a cost of just €79.

After a successful trial in pre-season, we have once again partnered with ODAV to provide a high-quality stream that will feature three cameras, pre-match and post-match analysis, club-related features and replays. 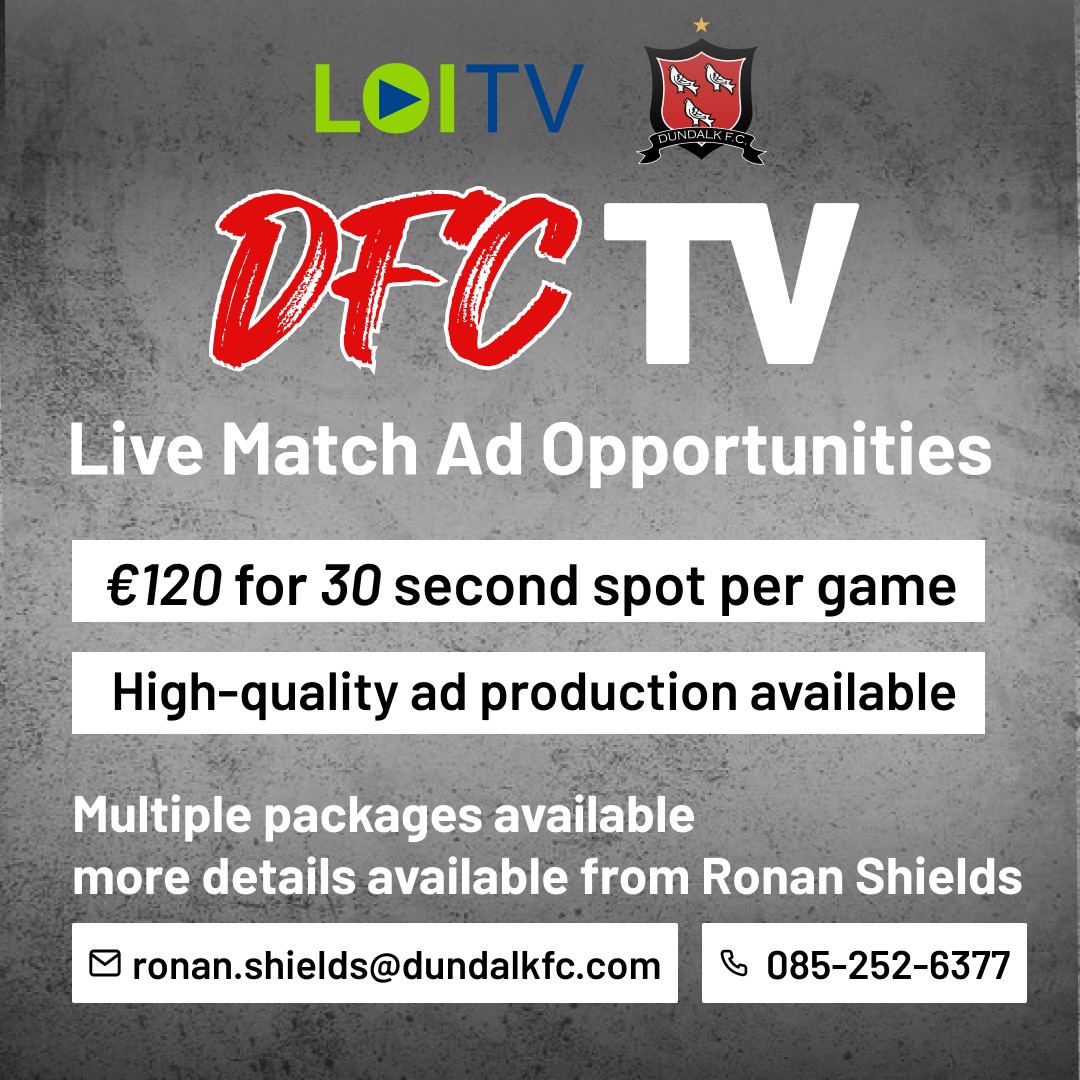 Advertising opportunities are now available with 30-second spots on offer for just €120. If you would like to showcase your business or leave a video message for the fans who will be tuning in to the stream, contact Ronan Shields for more details.

A Premier Division Pass for LOITV.ie, which replaces WATCHLOI, is now available for just €79. With 110 matches left in the 2021 season, that works out at just €0.79 per match.

Season Pass sales will go to the subscribers’ selected team whilst pay-per-view revenue will go to the home side of the individual fixture, a valuable revenue stream for the League of Ireland.