The FAI have confirmed that LOITV.ie will return for the 2022 League of Ireland season.

With supporters set to return to full capacity League of Ireland stadiums in 2022 following the easing of COVID-19 restrictions, matches will only be available to view with a match pass, with no season pass option available this season.

To celebrate the start of the 2022 League of Ireland season coverage, the 2022 FAI President’s Cup final on Friday, February 11th between Shamrock Rovers and St. Patrick’s Athletic will be FREE to view, with registration. 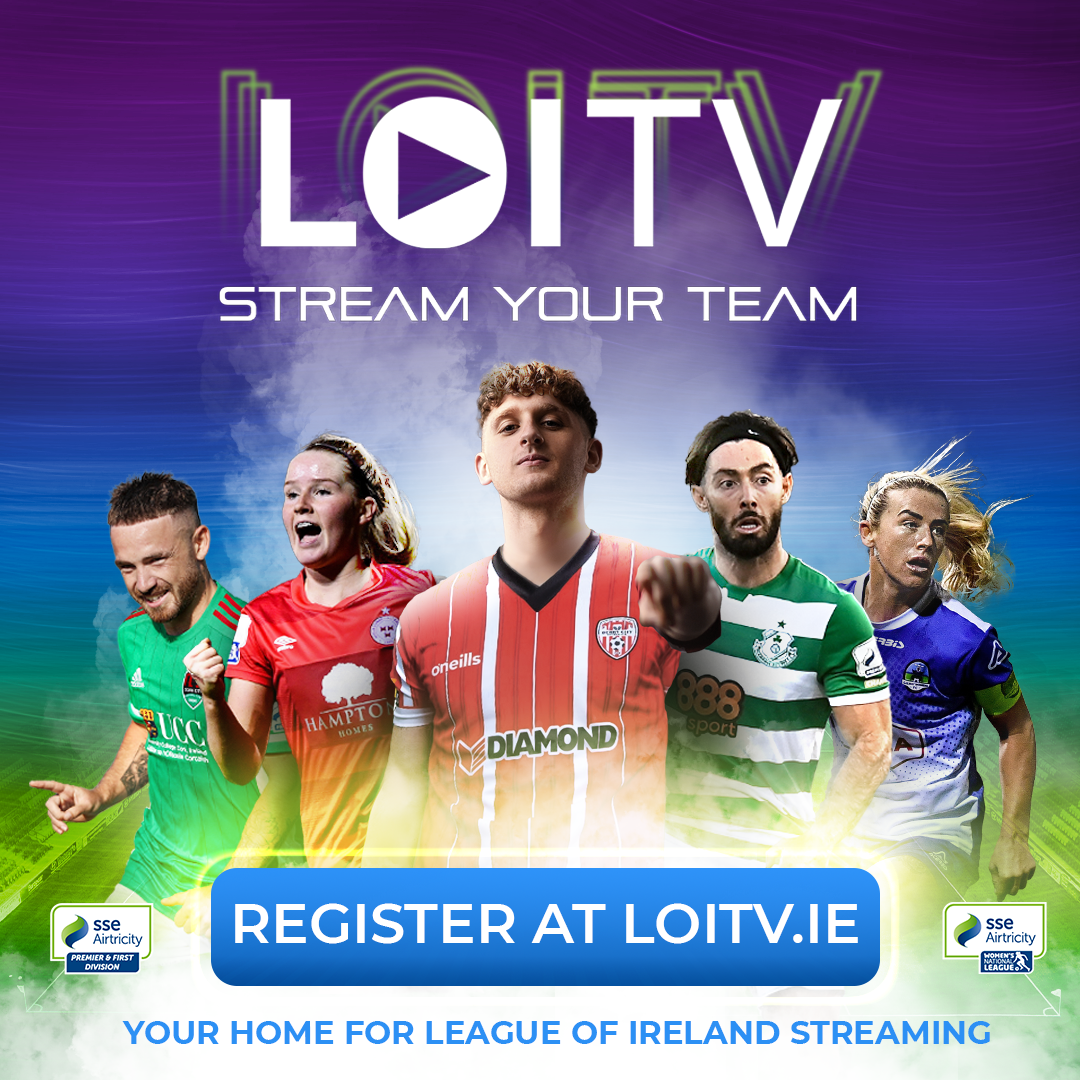 “LOITV has been an incredible resource for supporters to follow their clubs, especially during the COVID-19 pandemic, and it is obvious LOITV has been a huge benefit to the League of Ireland across the Premier & First Division and Women’s National League.

“With the announcement of the ending of restrictions in Ireland, we’re now looking forward to seeing full League of Ireland stadiums and supporters to return to watching live football.

“As a result, matches will only be available through a single match pass in order to facilitate fans who cannot attend any matches as well as fans living overseas.

“We’re also delighted to be able to continue to offer live coverage of the Women’s National League for free. It has been fantastic in our promotion of the domestic game and we’re looking forward to even more supporters watching in 2022.”

Match passes are now on sale from www.loitv.ie