Chris Shields’s late equaliser may have secured Dundalk a share of the spoils against Longford Town on Bank Holiday Monday but sporting director Jim Magilton refused to sugar-coat the side’s performance at Bishopsgate.

The Lilywhites got off to the worst possible start as Dylan Grimes and Rob Manley punished a couple of mistakes by Peter Cherrie inside the opening quarter of an hour.

Junior pulled Dundalk back into it when he prodded home from close-range in the 20th minute but Daire Doyles’ side refused to wilt and gave as good as they got in the second half until Shields hauled the visitors level with just eight minutes to play.

The result leaves Dundalk in sixth place with a return of just 10 points from the opening series of games and speaking to dundalkfc.com afterwards, Magilton said that the performance just wasn’t good enough.

“It’s a disappointing result,” he said. “We showed character to get back into the game but no matter what level you play at, you cant give people a two-goal start and we did. Peter will be extremely disappointed with both goals.

“We found a way back into it. We changed the shape of the team and did everything we could to try and win the game but Longford Town deserve immense credit. I thought they were very good, in the first half especially, and caused us lots of problems. 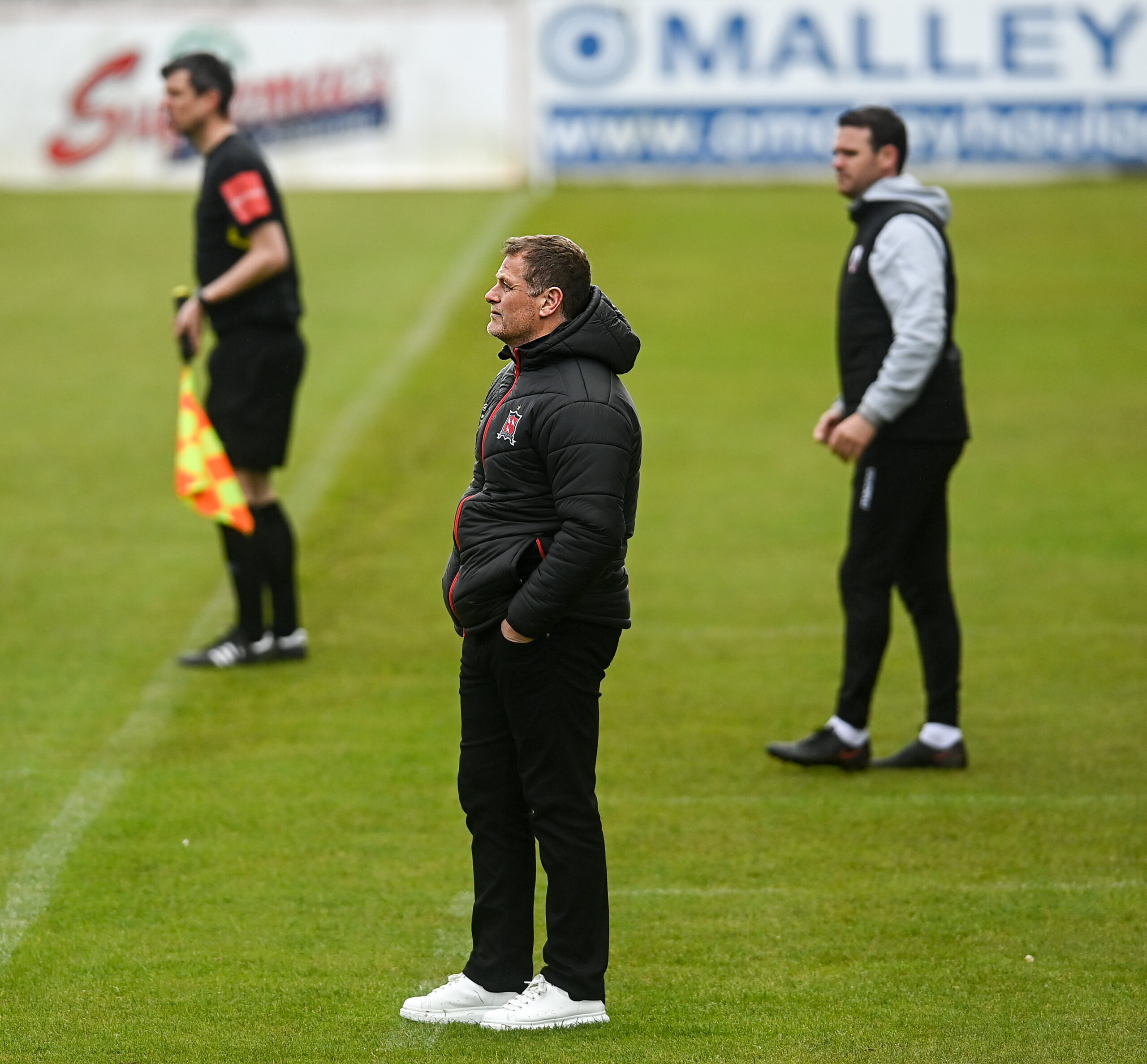 “It looked like our lads were sitting on the bus thinking ‘we are good players and this is going to be easy’ but no matter what level you play at if you give people opportunities as we presented then it’s going to be a very difficult day.”

Dundalk went into the game looking to build on the win – and a clean sheet – against Waterford three nights earlier but Magilton was left to bemoan the defensive frailties which have ravaged the start of this campaign.

“I’ve consistently said that the more clean sheets we get in this league, the more games we will win,” he said. “No games are easy. There’s a lot of pride at stake in each one. Longford came out and took the game to us, pressed us and made us rush decisions and in the first half were simply weren’t good enough.

“At half time we got the players in, made a couple of changes, and we were thinking they’d kick on but we didn’t really until we made more changes. Those changes helped, but not enough.

“That was down to Longford’s resilience and their work ethic. I thought they were great and we didn’t have the answers. We should be better. I expected more and it’s back to the drawing board now.

“We have a massive game now against Sligo Rovers on Friday night,” he added. “We have got to get back to basics, really go for the game and win the game. That’s the message the players will be getting.”