Dundalk FC is delighted to announce that John Martin has completed a move to the club.

The Kilkenny-born attacker joins from Waterford and is the third new acquisition at Oriel Park in recent days following the arrivals of Robbie Benson and Paul Doyle.

“I’ve been speaking to Dave Mackey and Stephen O’Donnell over the past week and I’ve been sold on everything they’ve told me,” Martin told dundalkfc.com.

“Dundalk is a massive club with great history and they have been one of the best teams in the league over the past few years. As an opposition player, I hated coming up to Oriel Park so I’m delighted to be on the other side of it now.”

After playing his underage football with Belvedere, Shelbourne and St Patrick’s Athletic, Martin made his League of Ireland debut for Waterford as an 18-year-old in their promotion-winning season of 2017.

He made 21 Premier Division appearances for Waterford over the next two seasons before moving to Bray Wanderers on a six-month loan spell in 2019. He returned to Waterford ahead of the 2020 campaign and scored four goals in 11 league games, including a headed winner against Dundalk at the RSC last October.

The 22-year-old followed that up with 10 goals in 31 league games last time out – two of them coming in Waterford’s 3-1 win at Oriel Park in June – but Waterford lost their top-flight status last month when they were beaten by UCD in the promotion/relegation playoff. 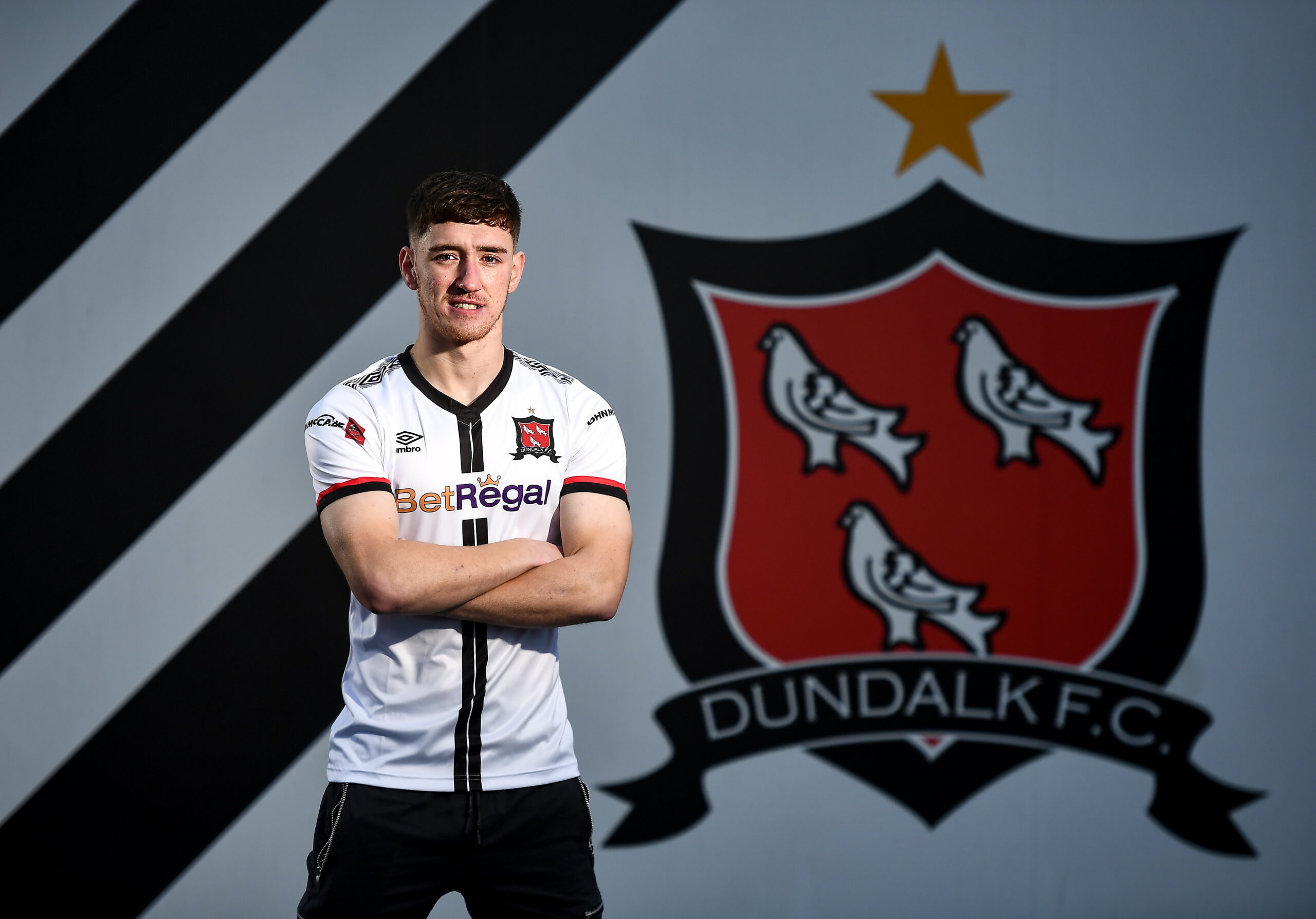 “It was a bit of a weird season for me,” he said. “I played as a wide man, wing-back, and even as a striker and ended with double figures but, collectively it wasn’t great to go down. I was a bit shattered for the last couple of weeks just thinking about it but you have to move on in football and think about the future.

“I enjoyed my time at Waterford,” he added. “I had a bit of a rocky stage where I was wondering if I was going to forge out a career there but I went on loan to Bray, enjoyed that and I think last year I really cemented my place as a good player.

“There is no point in doing that for one season, though. It’s all about consistency now and I have to show my pedigree. I had a couple of weeks off but I’m back in the gym to get myself ready and give it a good crack at Dundalk in January.”

Martin will turn 23 in January and after completing a move for UCD midfielder Paul Doyle, Lilywhites head coach Stephen O’Donnell said he was thrilled that another exciting young prospect had arrived at Oriel Park.

“John is a great age profile and is ready to kick on with his career,” said O’Donnell. “He gives us great flexibility in the attacking positions and his goal return last year was brilliant. We’re delighted to have him on board and we can’t wait to work with him and develop him.

“Balance wise, we’re trying to find a nice blend. We have a core of really experienced lads that we have re-signed and then we are trying to blood through some of the younger ones to carry that on and bring energy and real-life into the squad. That’s what young players do. I think John and Paul Doyle are cherry ripe now to kick on in their careers.”