Mayowa Animasahun admits he is still trying to take stock of a dramatic period that saw him turn 18, sign a professional contract, and make his FAI Cup and League of Ireland debut – all in the space of four weeks!

Those achievements have certainly justified the young defender’s decision to join his hometown club at the beginning of the season.

After starting out at Glenmuir United, Mayowa played alongside current teammate Ryan O’Kane for the Dundalk Schoolboys League representative team at the Kennedy Cup in 2017 before making the switch to Dublin where he had a short stint at St Kevin’s Boys before a three-year spell at Bohemians.

He was part of the Bohs side that played St Patrick’s Athletic in the SSE Airtricity National U19 League final last December but he opted to come home in January 2021 and has been a regular in first-team training sessions throughout the year as well as lining out for the club’s U19 team.

Just days after celebrating his 18th birthday on August 8th, Mayowa put pen-to-paper on his first professional deal and he followed that up by coming off the bench to make his first-team debut in the FAI Cup win over St Mochta’s at Oriel Park on August 27th. 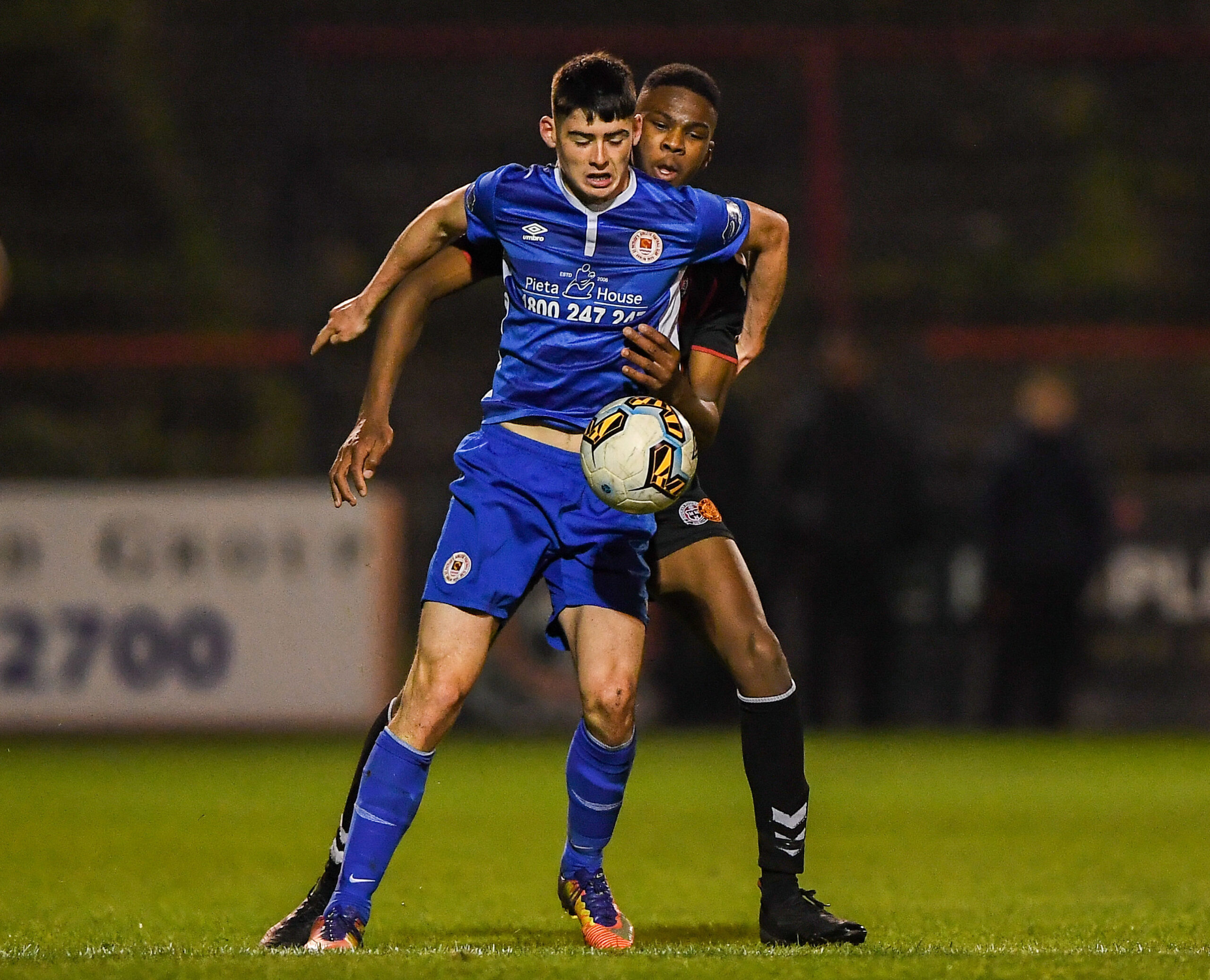 Mayowa Animasahun in action for Bohemians against St Patrick’s Athletic in the SSE Airtricity U15 League final in 2018. Photo by Harry Murphy/Sportsfile

“I’ve been working towards this for a while so it’s good to reap the rewards,” he told dundalkfc.com. “It’s also a reward for my dad, who has been a huge support, and the coaches and managers who have helped me at different clubs over the years.

“It was a big decision coming back to Dundalk. Last year I played with Bohemians in the U19 final and nobody really expected me to leave. It was a big risk but I like taking risks.

“When I make a decision I don’t go back on it so no matter what happens, I won’t have any regrets but the decision to come back is really paying off for me now. Training with the first team and playing football every day is great.”

Animasahun’s first taste of League of Ireland action came last Friday when he was introduced by Vinny Perth for the final six minutes in Dundalk’s 1-1 draw away to Waterford at the Regional Sports Centre.

“It was a tough game but it was nice to be thrown in,” he said. “It shows that Vinny trusts in me and I enjoyed it. Before I went on, he just told me to win my headers and go into the number six position and do what I do. 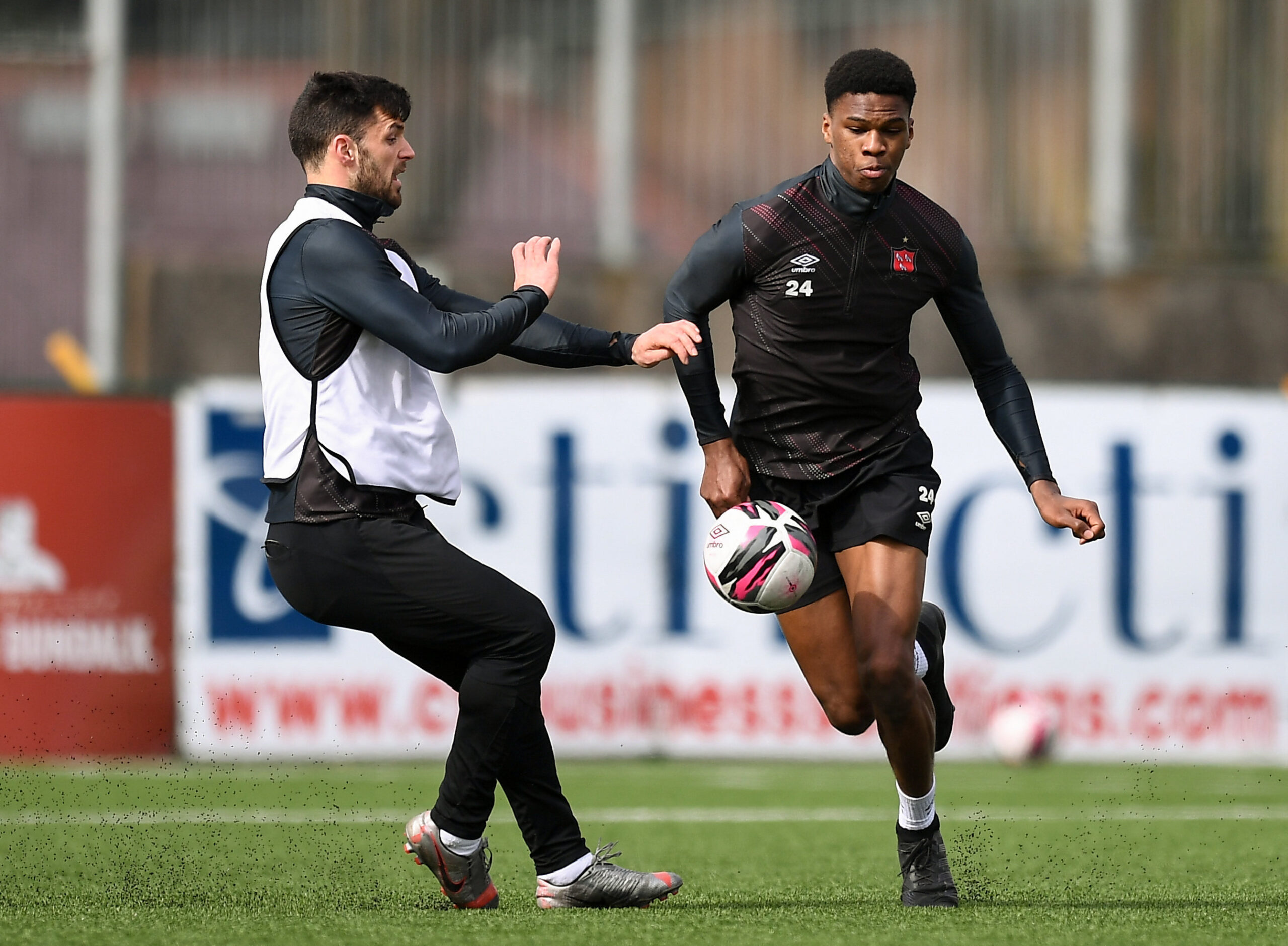 “I don’t know why but I wasn’t nervous,” he smiled. “Usually I am but in Waterford I was okay. I was more nervous for my first-team debut against Str Mochta’s at Oriel Park.

“When you’re playing in front of your home crowd you know that your family, friends and neighbours are all there and you know that they’ll be watching closely.

“The day after the St Mochta’s game, some of my neighbours came up to me and said they noticed I was playing and offered me congratulations, which was nice.”

With Brian Gartland and Darragh Leahy currently injured, and Daniel Cleary facing a suspension, Animasahun may well feature again over the coming weeks and he said his aim for the remainder of the campaign was to try and grasp any opportunity that comes his way.

“I just want to try and get some more minutes, enjoy it, stay fit and play my best whenever I get the chance,” he said. “I enjoy playing at centre back and the number six role but, to be honest, I’ll play in any position at all,” he laughed.