The 17-year-old, who started out with Dundalk Schoolboys League club Glenmuir United, had a short stint at St Kevin’s Boys ahead of a three-year spell at Bohemians, before returning to his hometown club at the start of this season.

“We spoke to Mayowa at the beginning of the year and laid out where we wanted the academy to go and the opportunities he would get at Oriel Park,” said academy manager Stephen McDonnell.

“He turns 18 this month and he has the potential to develop into whatever he wants to be in the future so we are delighted he has signed a professional contract.” 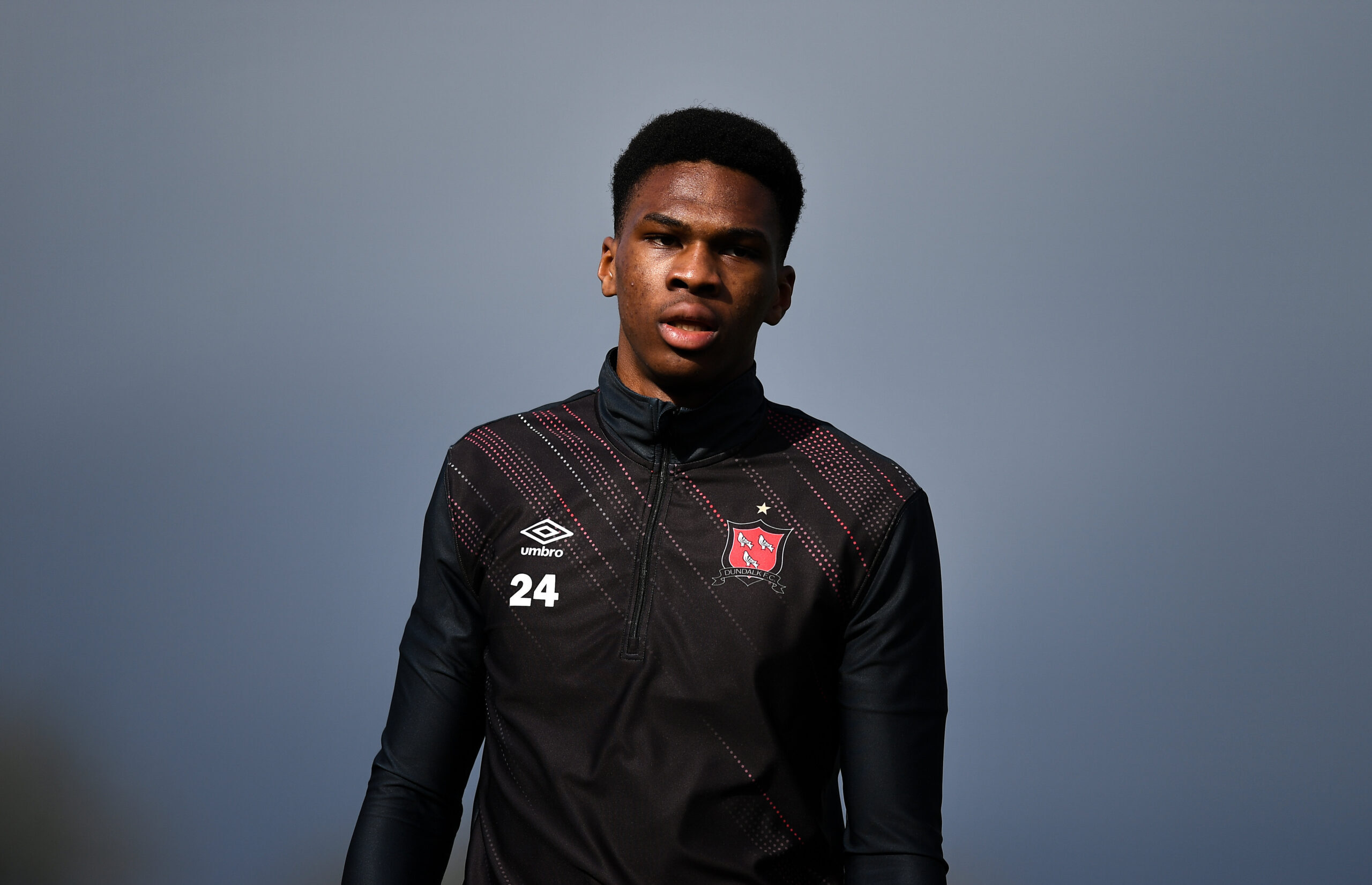 Mayowa Animasahun during a training session at Oriel Park. Photo by Ben McShane/Sportsfile

“I am absolutely delighted to sign for this club,” said Mayowa. “It means a lot to me as this is the town I have spent all my life in.

“I would usually watch the matches from The Shed, so it’s great to be involved with players that I have watched growing up and to learn from them every day.

“I wouldn’t have reached this point if it wasn’t for my family who has always supported me and all the coaches who have helped me throughout my journey.”

Mayowa becomes the third academy player to sign a professional deal this season, following on from Ryan O’Kane and Val Adedokun who put pen-to-paper earlier in the year.