We are delighted to announce the signing of Robbie McCourt from Sligo Rovers.

The 24-year-old Dubliner, who can operate in defence and midfield, made 37 league appearances for the Bit o’Red over the past 18 months and becomes our first signing of the summer transfer window.

McCourt will wear the number 18 shirt at Oriel Park and speaking to dundalkfc.com after completing his move, he said he was looking forward to linking up with Lilywhites head coach Stephen O’Donnell.

“As soon as Stevie gave me the call I wanted to jump into the car and come up straight away,” he said. “I think he tried to get me twice before so hopefully this is third time lucky!

“He’s made it known that he likes me as a player and all you want to hear as a footballer is that you’re going to get a chance under the manager. I’m delighted it’s done and I’m delighted to be here.”

After starting out with St Kevin’s Boys, McCourt moved to West Bromwich Albion as a 15-year-old. He returned to Ireland in 2018 and had spells at Bohemians and Waterford where he played alongside a number of his new teammates.

“As soon as I heard Dundalk wanted me, I started thinking who do I know up there and I know quite a few,” he said. “I played with Keith Ward, Darragh Leahy and Dano Kelly at Bohs and I played with Sam Bone and John Martin at Waterford.

“You wonder what the dressing room is going to be like at a new club but as soon as I remembered they were all here, I knew there’d be a good spirit. I just want to push on now and get on that training pitch.” 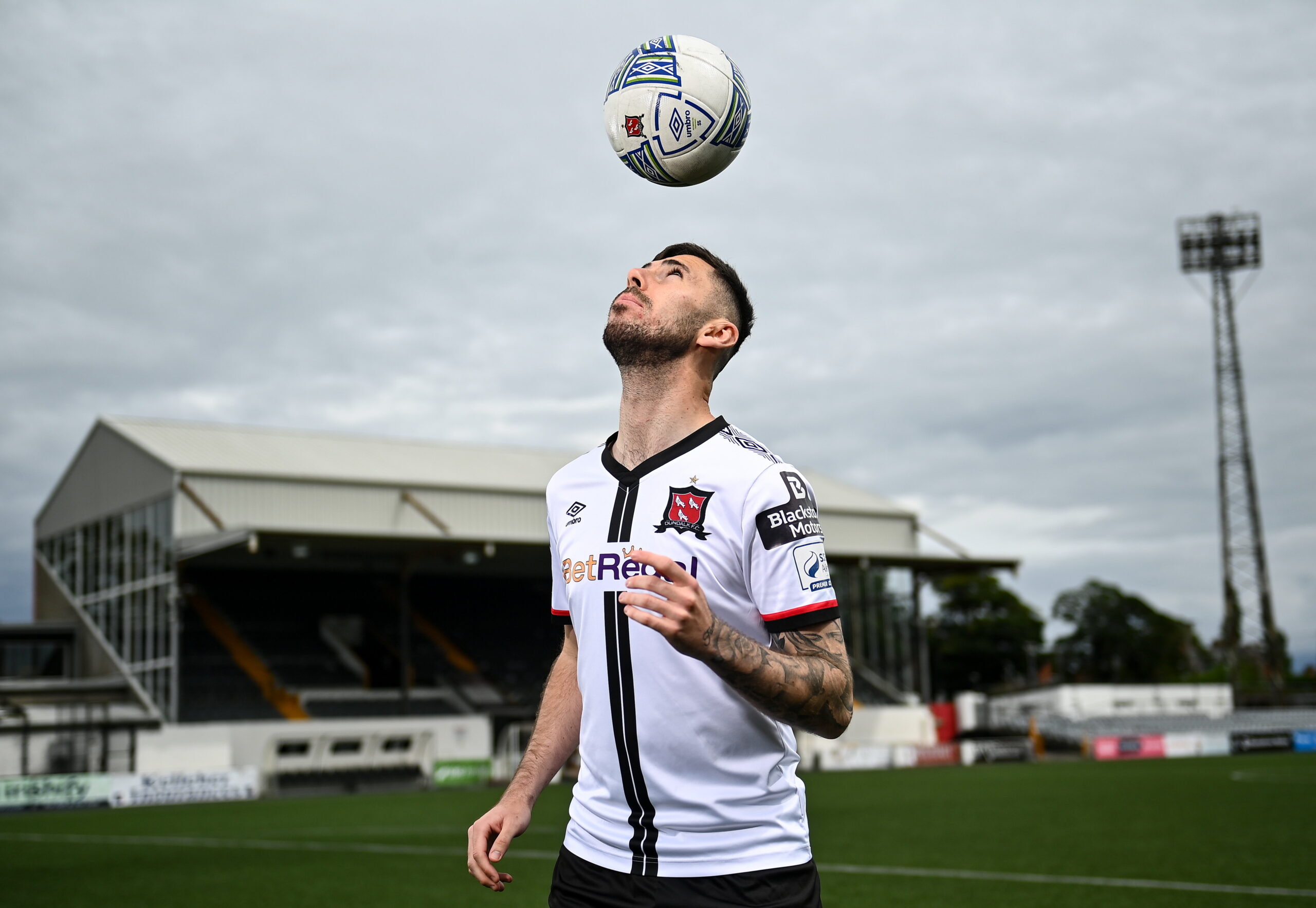 New signing Robbie McCourt poses for a portrait after he was unveiled at Oriel Park. Photo by David Fitzgerald/Sportsfile

“Robbie is a player I’ve always liked and he gives us great strength and balance in the defensive positions,” said Dundalk FC head coach Stephen O’Donnell.

“He’s a player I should have got after his spell at Waterford and when I saw him go to Sligo and develop again I was thinking, ‘why didn’t I make a move for him’ because he impressed in both spells.

“As a younger player, I would have seen him at Bohemians, originally playing as a midfielder. He was mainly a centre-back at Waterford and he was a left-back in the main at Sligo. He is a great age profile and he’s a player we’re looking forward to working with and developing.”

O’Donnell also confirmed that McCourt’s arrival signalled the end of Dundalk’s bid to try and bring Mark Connolly back from Dundee United.

“Mark was brilliant for us and we were great for Mark,” said O’Donnell. “It was a six-month loan but it felt like a lot longer than that because he really immersed himself in the group.

“It’s unfortunate that all parties couldn’t come to an agreement but that’s football. We move on in our direction and Mark will move on in his direction.

“We wish him all the best. He was a great person in the dressing room and a brilliant player in his 20 odd games for Dundalk but football moves on and the club moves on and we’re delighted with Robbie’s addition.”