MCELENEY HAPPY AHEAD OF NEW SEASON

MCELENEY HAPPY AHEAD OF NEW SEASON

Patrick McEleney felt that Dundalk showed a different side to their game in Friday night’s FAI President’s Cup win over Shamrock Rovers in Tallaght.

After picking up the Malone Cup six days earlier, the Lilywhites added another piece of silverware to the trophy cabinet with a penalty shootout victory over the league champions following a 1-1 draw over 90 minutes.

Dundalk had to play the final 31 minutes with 10 men following Sonni Nattestad’s red card and McEleney, who started his first game of 2021, hailed the resilience of his teammates.

“It was a good win for us,” he told dundalkfc.com. “It was a tough game and one that we were glad to get over the line. The conditions were difficult but, credit to the boys, we played well.

“We got in front and the red card changed things but we showed a different side to ourselves, took it to penalties and to win it like that is great. Abibi pulled off some great saves in the shootout and we took ours well to win so we are happy to get the trophy and take it into the new season”

The match brought Dundalk’s three-game pre-season programme to an end and McEleney feels that both himself and the Lilywhites are going into the new SSE Airtricity League season in good shape. 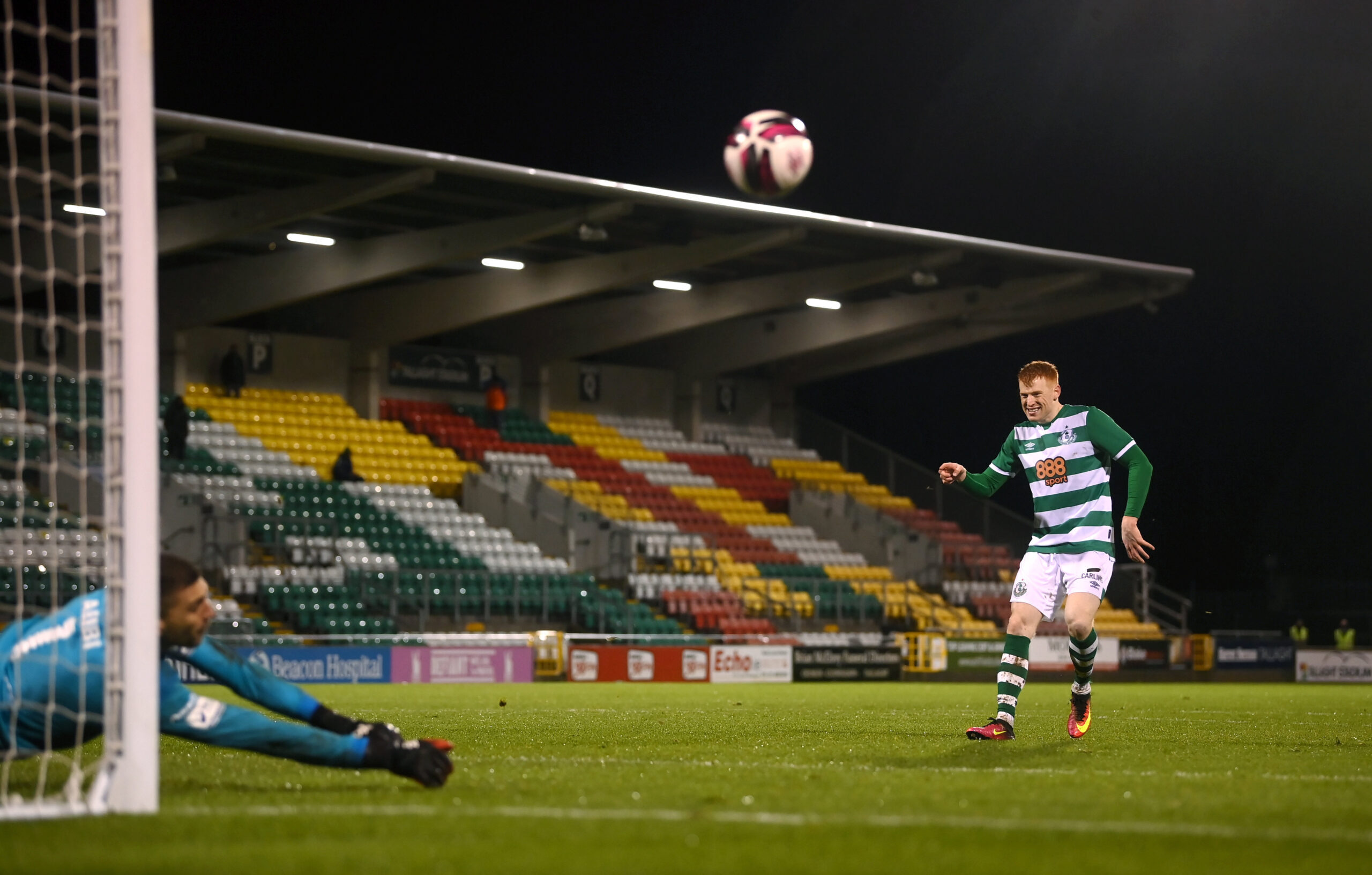 Rory Gaffney of Shamrock Rovers has his penalty saved by Dundalk goalkeeper Alessio Abibi in the FAI President’s Cup. Photo by Stephen McCarthy/Sportsfile

“We haven’t played that many matches but I felt we were strong on Friday night,” he said. “Pre-season has been good. Training has been great and it has been good to be in around the lads for the past few weeks.

“From my own point of view, I’m feeling good, I’m following my own plan and have come through it so far. I want to keep to that and hopefully, I can have a good injury-free season.”

Dundalk’s league campaign kicks off on Saturday evening when the Lilywhites travel west to face Sligo Rovers at The Showgrounds and after losing home and away to Liam Buckley’s side last year, McEleney is wary of the threat posed by the Bit o’Red.

“We didn’t have the best of times of it against Sligo last year, they had a great season themselves and we found it hard in both matches we played against them.

“We probably couldn’t have picked a much tougher opener but we have to beat everyone anyway if we want to win the league so we are looking forward to it.

“The work we have done in pre-season will stand to us and we want to get off to a good start because every point matters.”