Patrick McEleney is looking forward to pitting his wits against more top-class opposition next week when Dundalk travel to the Netherlands to take on Vitesse Arnhem in the third qualifying round of the UEFA Europa Conference League.

The 28-year-old was part of the Lilywhites team that faced AZ Alkmaar in the 2016 Europa League group stages and, speaking after the dramatic 2-1 win over Levadia Tallinn in Estonia on Thursday night, ‘Fats’ said he was relishing the prospect of another date with the Dutch.

“This is what we all work for each day and you have to enjoy the moment when it comes around,” he said. “It will be a free shot for us and we are all really looking forward to it. It was a tie that we all really wanted.”

Vitesse will start the tie as red-hot favourites to advance to the playoff round but McEleney feels that Lilywhites will have more options at their disposal next week. Patrick Hoban returned from Covid-19 to face Levadia on Thursday night while Michael Duffy is also likely to be involved after missing bits legs of the time. 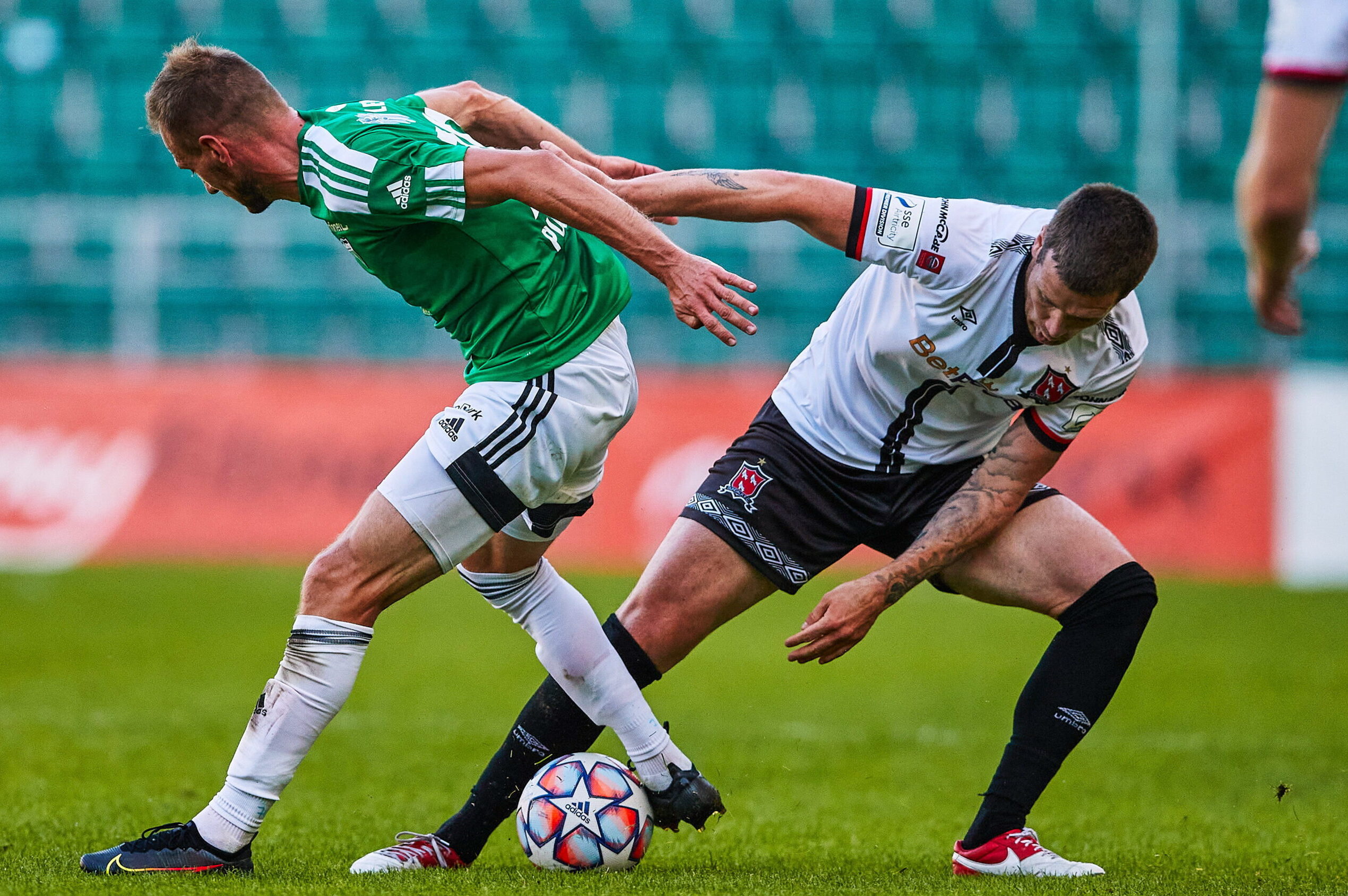 Patrick McEleney of Dundalk in action against Marko Putincanin of Levadia during the UEFA Europa Conference League second qualifying round tie at Lillekula Stadium. Photo by Joosep Martinson/Sportsfile

“We will be stronger going into the game with Vitesse,” said McEleney. “We missed Pat Hoban and Michael Duffy in the first leg against Levadia but Pat was back tonight and did really well, he worked really hard and put his head on the line for the goal.

“Hopefully, we will have Mickey to come back as well next week but I played left wing tonight so he’s not getting back into the team! No, I’m buzzing to get him back and I’m buzzing for the game.”

McEleney played a pivotal role in the victory over Levadia, providing the assist for Will Patching’s 93rd-minute winner with a sublime pass.

“It was a breaking ball and I just tried to hit it between the lines to Will’s back foot as fast as I could,” he said.“I knew Will could deal with it and his first touch was perfect. I knew it was going to be a goal. We see Will every day. He wasn’t missing it.”