David McMillan was delighted after writing his name in the history books during Dundalk’s 4-0 win over Newtown AFC on Thursday night.

McMillan scored his 12th European goal against Newtown, which sees him overtake Glen Crowe as the all time top League of Ireland goalscorer in European competition. He also moves up to second in the list of the top Irish goalscorers in Europe, now just four goals behind Roy and Robbie Keane, who have 16 each.

“It’s a great feeling to break the record,” said McMillan. “It’s something I wanted to try to get tonight and I was getting frustrated early in the game because there were some great crosses coming into the box that I didn’t get on the end of but thankfully Darragh delivered a great ball in for the goal.

“I managed to get my head on the cross but I didn’t actually see it hit the back of the net, I just knew from the cheers that it had gone in. I’m delighted with the record and the result and we’ll be looking to build on that now over the next few weeks.” 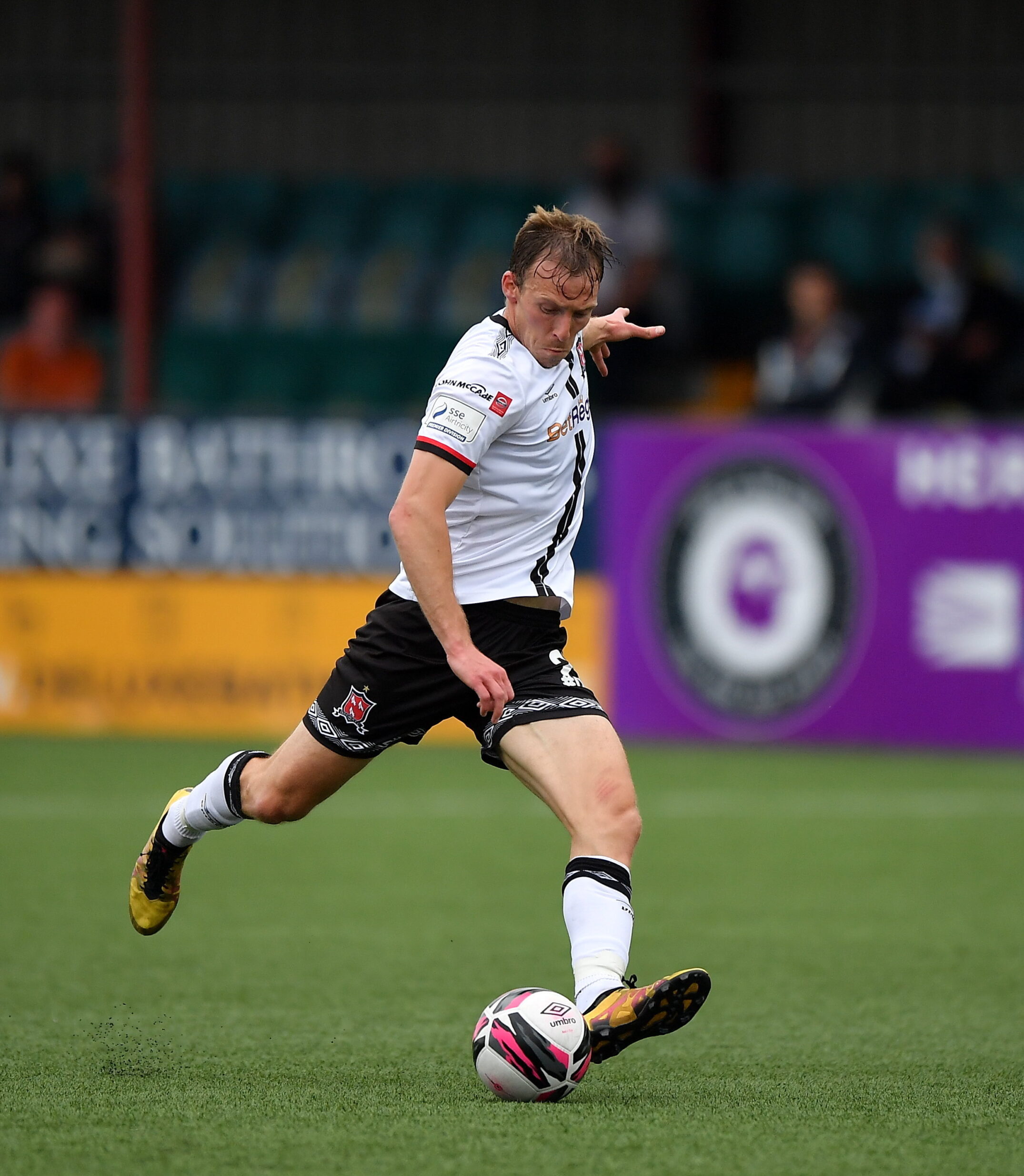 David McMillan having a long range shot in the first half. Photo by Seb Daly/Sportsfile

The performance against Newtown was the perfect way to bounce back following last Friday’s defeat to Shamrock Rovers, and McMillan agreed that it was a return to form for the Lilywhites.

“I think we’ve done very well since Vinny’s come back but of course Friday was a bit of a knock back for us,” he said. “It was a difficult defeat to take because we thought we were doing well before that but Europe is a different thing, you can refocus and you want to try get through the first round at the very least, especially being the seeded team.

“It’s important for the club to succeed in Europe and there’s big money involved so everybody is driven to be successful in this competition.” 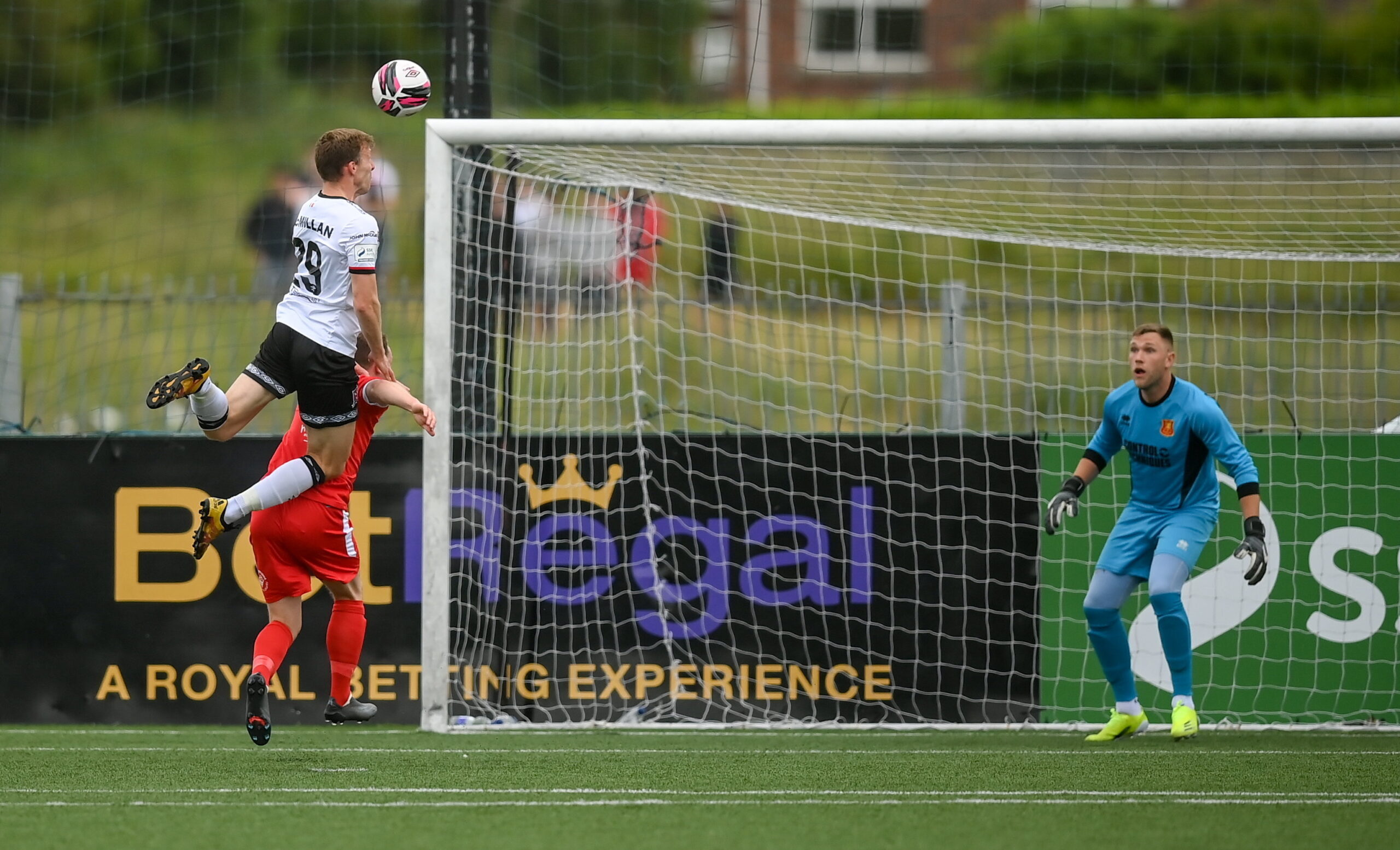 David McMillan has a header on goal during the first half. Photo by Stephen McCarthy/Sportsfile

It wasn’t the smoothest of preparations for the Lilywhites, with Covid cases on both sides affecting the build-up to the game, but McMillan felt that the players handled it well.

“In Europe you’re never too sure what you’re going to come up against but I think this week has been harder than any other because it’s been quite a while since they’ve played a game so some players have moved on, and with Covid cases in both camps we weren’t sure who was in and who wasn’t.

“It’s been a weird 24 hours for us. We were really fortunate last year that we didn’t have a single case and it didn’t disrupt our preparations at any stage but Newtown were in the same boat so you can’t really use it as an excuse, we just had to get over it.

“We still prepared as well as we could and I think the performance was very professional. It was a difficult week to prepare but we didn’t want to use that as an excuse for how the game went and thankfully we didn’t need to because it was a good performance all around. ”