MULVENNA GLAD TO BE BACK

MULVENNA GLAD TO BE BACK

Dundalk FC U19 head coach Tiarnan Mulvenna says he is delighted to be back in the role after a year away from the club.

The former Dundalk and Drogheda United striker was previously part of the academy coaching staff for a four year spell between 2017 and 2020, initially as U15 head coach before taking over the U17s in 2020.

He departed the club late that year but speaking ahead of the U19s’ second game of the season, away to Athlone Town on Sunday, he said he was pleased to be back in the fold again.

“I’m delighted to be involved again,” he told dundalkfc.com. “It’s never nice being away and obviously things happened, but that’s all in the past now and we’re all excited to be back and excited for the challenges ahead.”

It hasn’t been a tough settling in period for Mulvenna and his staff, as they already know plenty of the players, having recruited them in their earlier years.

“A lot of the boys are players we would’ve brought in four or five years ago. The likes of Jeff Nwodo and Ryan Kinahan were the first batch of players we took in along with the players we brought in the year after.

“These are the boys that myself and John Sharkey took in initially. There have of course been a few that have moved on since then and a few new players that have come in but the large majority have been here since they were 13 years old and we’re delighted to have them here. 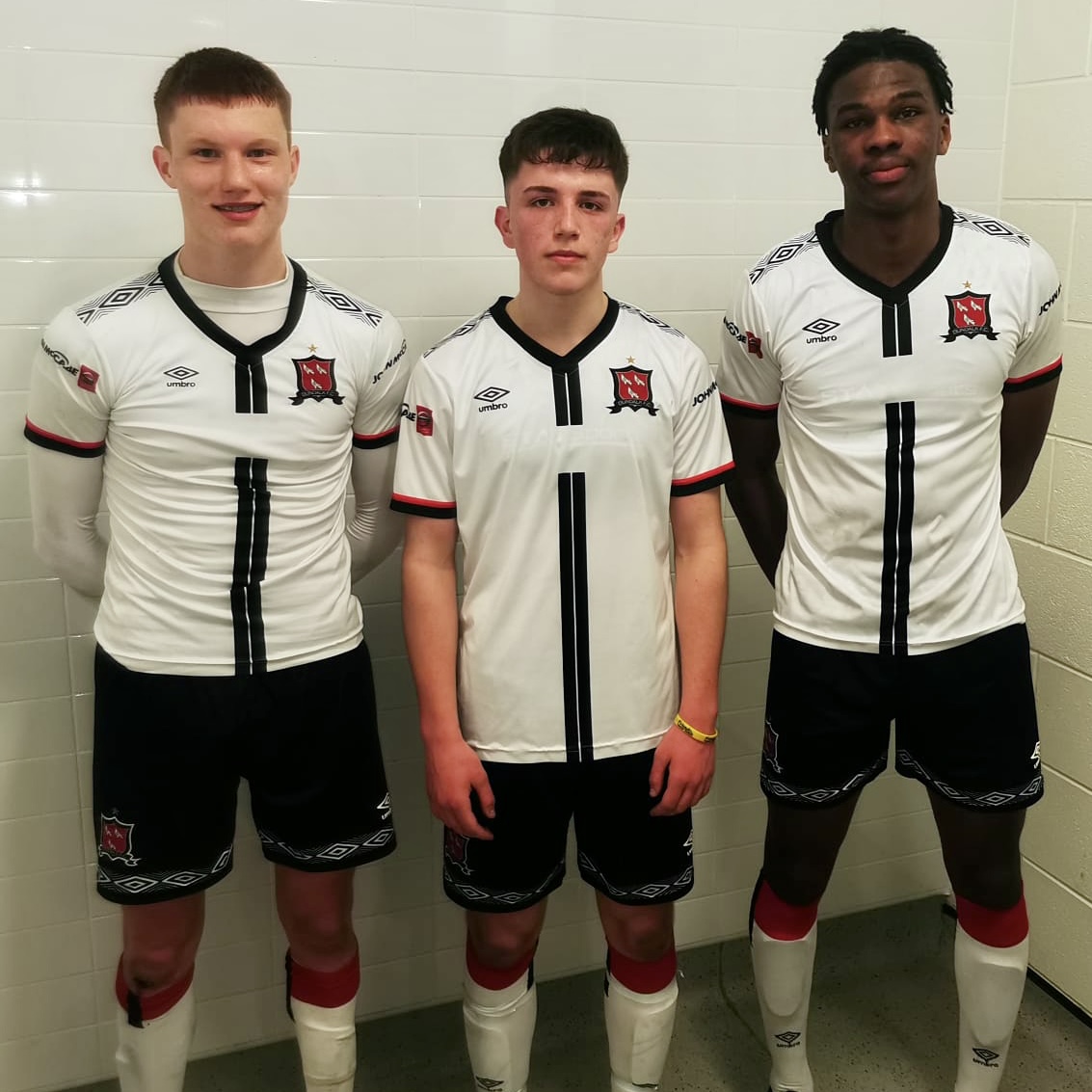 A pathway has developed for academy players to receive first team opportunities over the past few seasons, with young talents such as Val Adedokun – now of Brentford, Mayowa Animasahun and Mark Hanratty all receiving game time. Mulvenna believes these potential opportunities can only be a good thing for the underage sides.

“I remember when I came here as a player under Stephen Kenny the squad he kept was around 19 players. Stephen O’Donnell has something similar now, and that means that boys from this U19 squad can come in to train with the first team squad.

“We can close the gap between us and the first team through our training. There were six of our players who got minutes with the first team in pre-season, hopefully we’ll have more throughout the year. There are massive opportunities here now for the boys to aim for the first team.”

As for Mulvenna’s aims for the season, he wants to ensure that both himself and his staff get their players into the best possible position to make the transition to senior football in the next couple of years.

“We can only try to replicate what Stephen does with the first team. We’ve had plenty of talks with him about what he wants from us and we will try to the best of our abilities to get the kids on a level where they can make an impact in the first team.

“They have to realise they can’t jump straight from playing here to playing with the first team because there aren’t many kids who’ve ever done that. It has to start with small strides and if you make those small strides enough times then the first team games are right around the corner.”