U19 head coach Tiarnan Mulvenna hailed the attitude of his young side after they ended a topsy-turvy period with a well-deserved 1-0 win over Shamrock Rovers on Sunday.

After seeing a number of established U19 players leave Oriel Park in recent weeks, a number of the club’s U17 players have been drafted to the older age group and the early signs look positive.

“We were excellent on Sunday,” said Mulvenna. “We were down a lot of bodies that we started the season with so we were sort of going into the unknown but a lot of players stood up and it was great to see a lot of our U17 players come in and take their chance.

“Over the last couple of weeks, we basically lost the spine of our team,” he explained. “Our goalkeeper, Jamie Barry, and one of our central midfielders, Tadgh Walsh, have both gone to America.

“Ebuka Kwelele has moved to Newry, Mark Hanratty and Jack Kavanagh have also left the club and Mayowa Animasahun, Oisin Coleman and Senan Mullen have been injured so we have had to contend with losing a lot of players.

“Callum Bonner, Josh Hand, Ryan Boyle, Eoin Kenny and Jake Hough have moved up from U17 and done well when called upon but there have been three or four others from that age group who have been on the bench and been in and around us which is great to see. 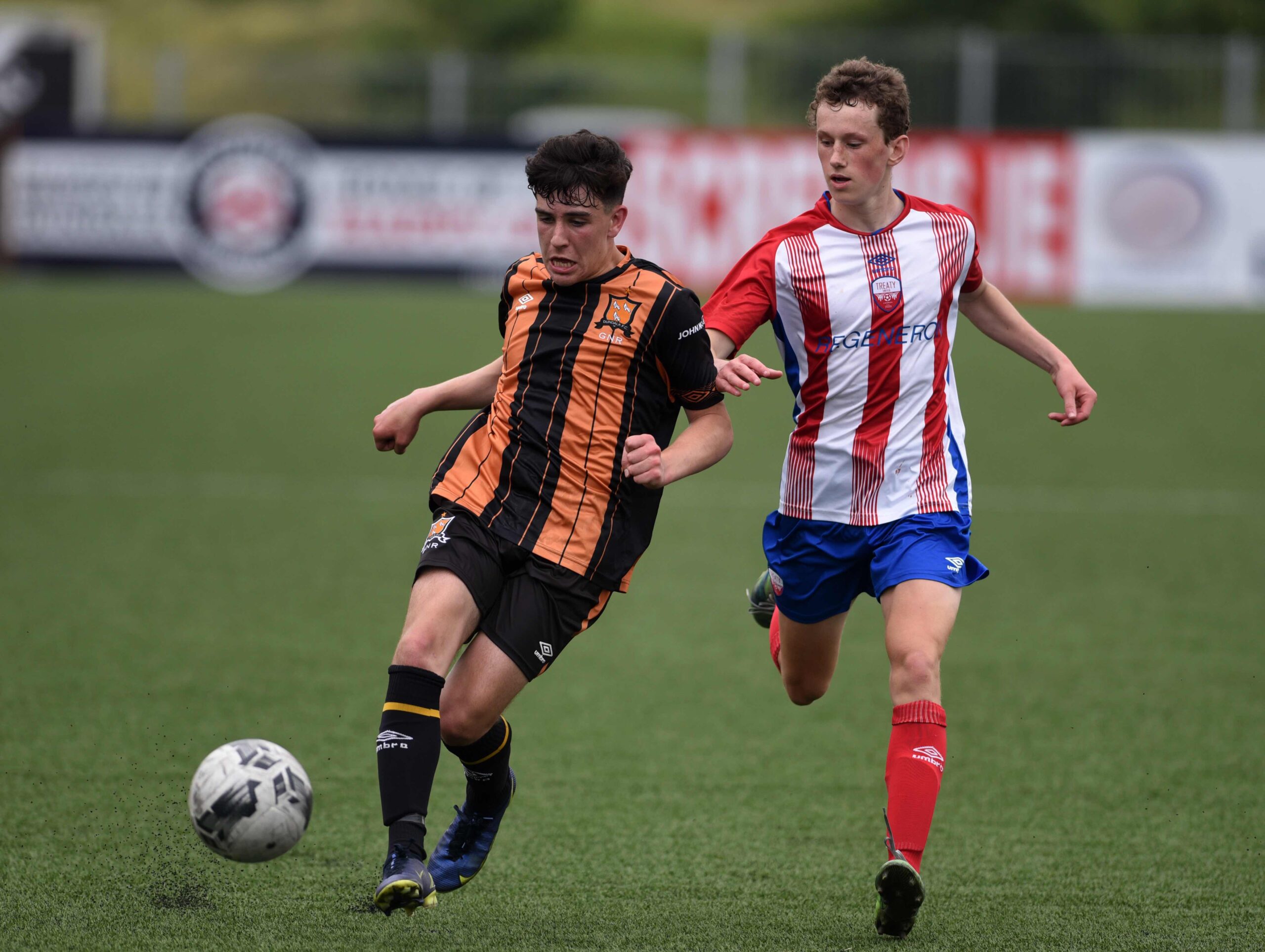 Ryan Boyle in action for the U17 team against Treaty United. Photo: Ciaran Culligan

“They have been helped by the likes of U19 regulars Emmanuel Adegboyega, Anto Moyo, Hezikah Okirkpo and Michael Soyemi who have done really well over the last few weeks and have helped to keep things steady.”

Two of the younger crew combined for the winner against Rovers with Callum Bonner sweeping home Josh Hand’s sensational cross and Mulvenna said his team deserved to win the game.

“We defended well, our shape was good and we frustrated Rovers for long periods,” he said. “We had a stonewall penalty not given so I felt we were the better team even before we scored.

“They had lots of possession but they didn’t really hurt us and Mark Byrne, who came in from the first team to help us out, didn’t really have to deal with any threats.”

Next up for the U19s is a long trip to Bishopstown on Sunday afternoon where they take on Cork City and Mulvenna had a simple message for his team: More of the same, please.

“Overall, I’m really pleased with the season as a whole,” he said. “We’re going into the last stages of the season and we have a few coming back from injury so hopefully we can keep progressing and keep learning and the boys will keep doing what we’ve been asking them to do so far.”