Dundalk head coach Stephen O’Donnell believes that the Lilywhites are in safe hands this season – no matter who lines out between the posts.

With Nathan Shepperd sidelined with an injury, Peter Cherrie was drafted into the starting XI for the 1-1 draw against St Patrick’s Athletic at Richmond Park while Knockbridge man Mark Byrne was listed as the substitute goalkeeper.

Cherrie made a number of big saves as Dundalk went home with a point and O’Donnell declared afterwards that the club possessed one of the best goalkeeping departments in the country.

“All three of our goalkeepers have been unbelievable in training this year,” he said. “Goalkeeping coach Dermot O’Neill has been brilliant with them and they have a really good camaraderie.

“They’ve all pushed each other and really improved as the season has worn on. You won’t get three better goalkeepers than the ones we have here.” 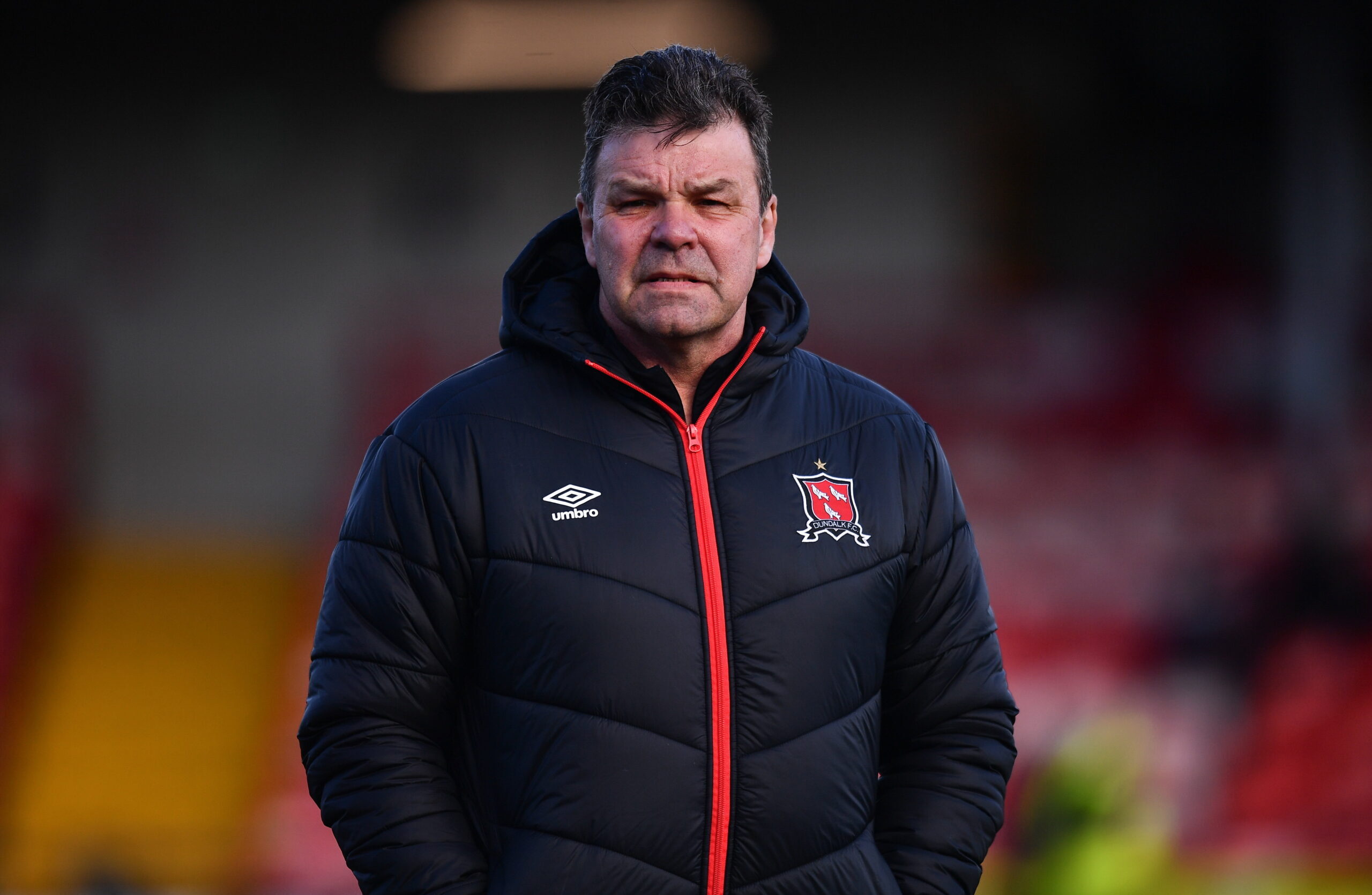 Shepperd missed the game in Inchicore after falling heavily in the Louth Derby against Drogheda United at Head In The Game Park a week earlier.

The Welshman was taken to the Lourdes Hospital in an ambulance after the game but O’Donnell said he was making good progress with his recovery.

“With Nathan, it actually looked worse than what it was,” he said. “He got a bad bang landing and he felt a bit faint but the fact that he played on shows his character.

“When people saw him being taken away in an ambulance they probably feared the worst but that was more him feeling sick than the actual injury.

“He’s a tough boy and his prognosis has been good. He’s done a little bit since then and we’re hoping to get him back in training next week. He’ll do his utmost to and everything in his power to get back as quick as he can.”

Shepperd’s absence paved the way for Peter Cherrie to make his first start of 2022 in Inchicore and O’Donnell paid tribute to his former teammate’s work rate and dedication. 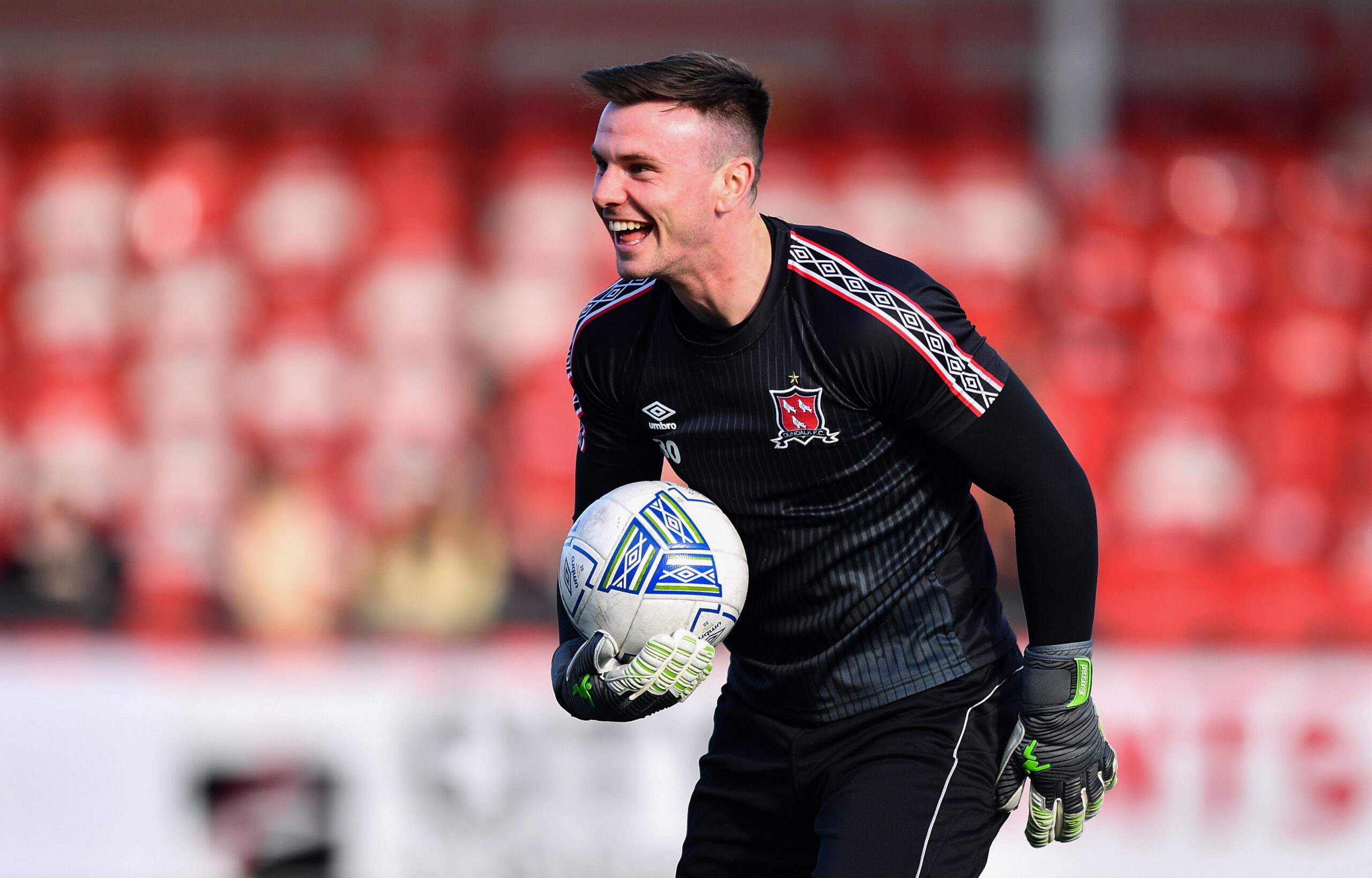 “Peter deserved that start,” he said. “Conditioning-wise, he’s in the best shape of his life and he trains like a demon every day, even when it might look like he’s not going to get a chance. That counts for a lot when you’re called upon. He was sharp the other night and made some big saves.

“When Nathan picked up the injury, we were very comfortable in regards to the cover we have. You won’t get a better deputy or experienced keeper than Peter.”

It also opened the door for Byrne to take his place on the bench. The former Warrenpoint Town goalkeeper has been training with the first team since the beginning of the season and O’Donnell said he was an excellent addition to the squad.

“It was great for Mark to be involved on the bench on Friday. He is another one who trains hard every day and he has experience of playing in the Irish League.

“Again, we’d have absolutely no worries about Mark if he had to go in. He’s a great character and is great amongst the group and his improvement has been immeasurable since the beginning of the season.”