O’KANE AND KWELELE SECURE U19 WIN

O’KANE AND KWELELE SECURE U19 WIN

Ryan O’Kane and Ebuka Kwelele both got on the scoresheet as the Dundalk U19s returned to winning ways with a 2-0 win away to Cabinteely on Sunday afternoon.

The Lilywhites made three changes after defeat in their previous game against Finn Harps as Jeff Nwodo, Jack Watters and Liam McNamee all came into the side.

The two sides were evenly matched for large parts of the first half, with chances being at a premium for Stephen McDonnell’s side. As the teams looked to be going into the half time interval on level terms, Ryan O’Kane managed to take one of the Lilywhites’ few chances in the first period to give the visitors the lead ten minutes before the break.

Dundalk managed to carry the confidence after the goal into the early stages of the second period, and they took advantage of their spell in control to double their lead just five minutes into the second half, as Ebuka Kwelele provided the finishing touch to gain full control of proceedings early in the second period. 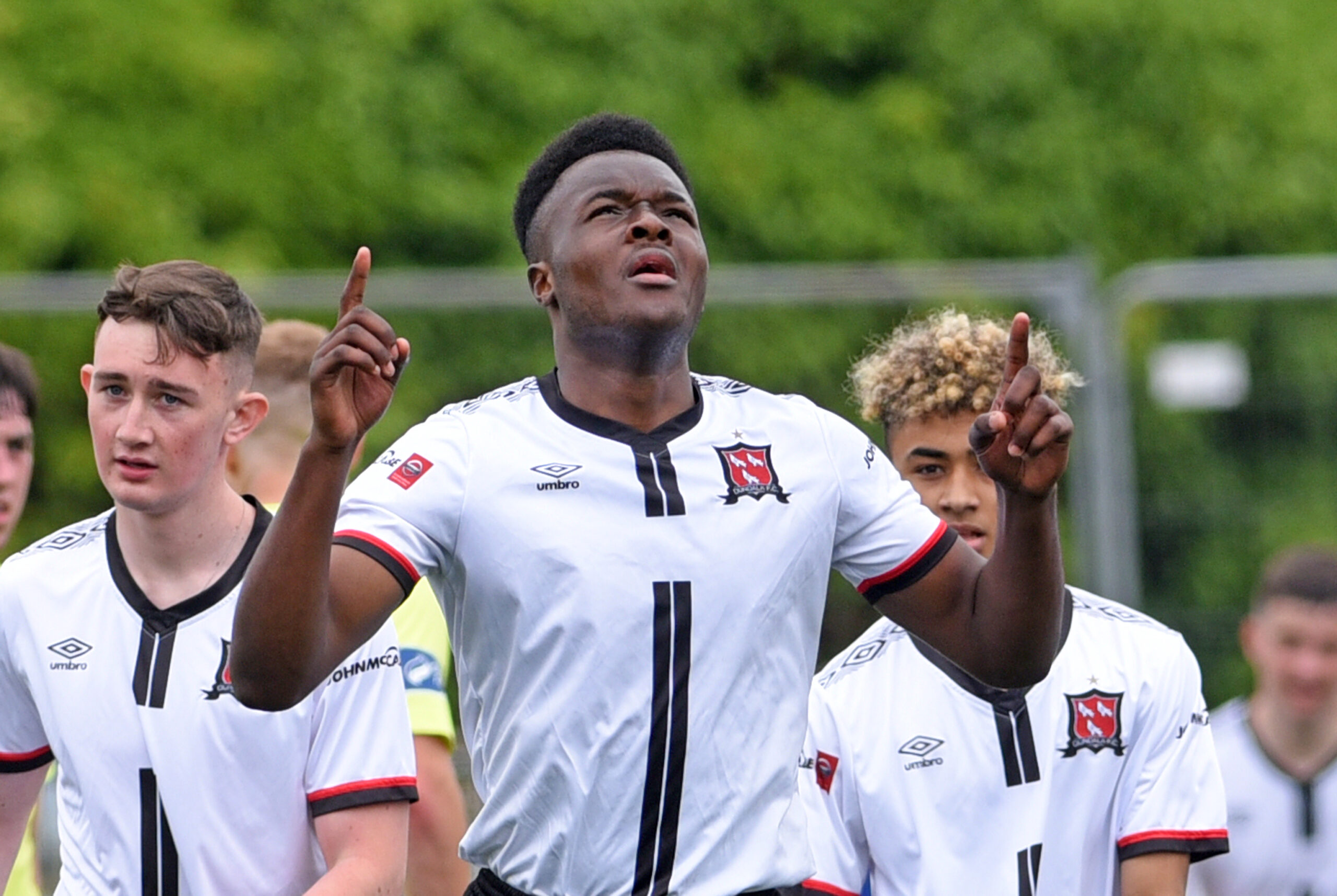 The visitors went on to manage the second half very well, snuffing out any attempt at a comeback from Cabinteely, who couldn’t come up with any answers for the strong Dundalk back line.

McDonnell’s side saw the rest of the game out to secure a vital three points and a return to winning ways at a crucial stage of the season.

The Lilywhites return to second in the group after the weekend’s win, one point ahead of Drogheda United, who they play next at Oriel Park on Sunday, October 31st.