O’KANE HOPING TO GRASP HIS OPPORTUNITY

Ryan O’Kane is hoping that his hard work on the training ground will continue to result in more minutes on the pitch between now and the end of the season.

After impressing when he came off the bench in the recent FAI Cup win over Longford Town, the local lad followed it up with another assured display in the 1-1 draw against Derry City at Oriel Park on Friday night.

An injury to Daniel Kelly paved the way for the local lad to make his entrance midway through the first half and he went on to have an entertaining duel with a former teammate, and one of the ex-Dundalk contingent in the Derry ranks, Cameron Dummigan.

The 18-year-old was unlucky not to score just minutes after coming on, forcing Derry City goalkeeper Brian Maher into a good save. It set the tone for the remainder of the evening and O’Kane said he was happy with his display.

“I maybe could have played with a bit more freedom but as the game wore on I kind of got more used to it,” he said.

“Stephen (O’Donnell) just said to go out and express myself in one versus one situations and not to be afraid to get at the full-back. Just go out and enjoy it…

“He told me that he’s not afraid to give young lads a chance. You could see that with St Pat’s last year and even this year he has thrown me into games where you probably think he wouldn’t. 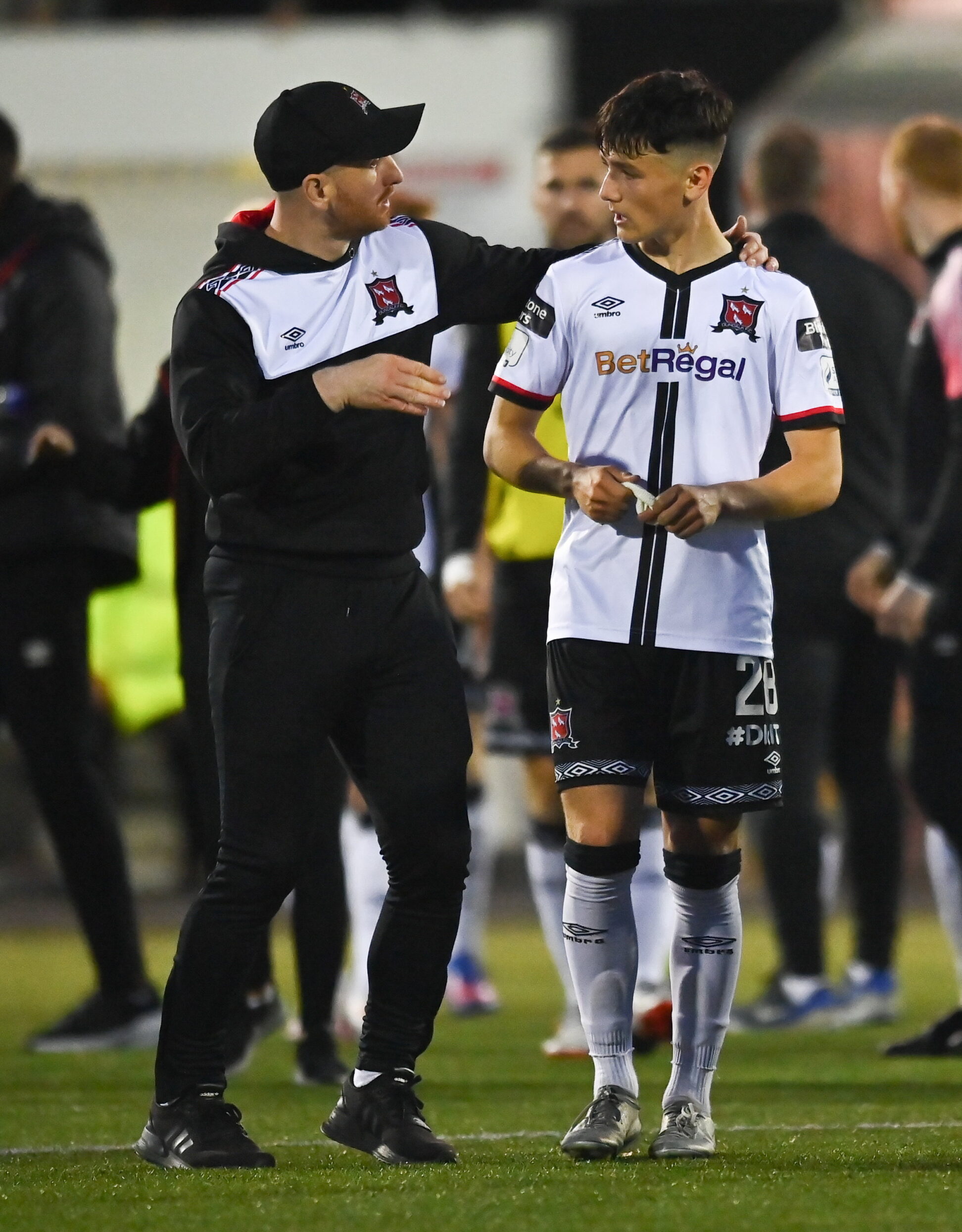 “I’ve been working very hard in training and thankfully the rewards are coming with more game time and hopefully now I can kick on and play more.”

Trailing at the break to James Akintunde’s opener, Dundalk penned Derry City in for much of the second half and they got their rewards when Patrick Hoban beat Maher with a stunning header in injury time to secure the Lilywhites a point.

“We kept plugging away and we were so dominant but it looked like it was going to be one of those games where we didn’t get anything out of it but we dug in and we got the goal. If we had a bit more time, I think we would have gone on to win it.”

“It was very important to keep that going,” said O’Kane. “I know it was only a point but you could see it out there, teams don’t want to come here and play against us.

“Derry are a top team and we were dominant against them and hopefully we’ll be even more dominant during the run-in.

“It was an unbelievable header from Pat,” he added. “You just knew when it came to him that he was going to score. That’s what he does. He’s the best in the league.”