Dundalk FC is delighted to announce that Ryan O’Kane has signed a new two-year contract with the club.

The 19-year-old attacker has made 20 appearances in all competitions this season and has become a key member of Stephen O’Donnell’s side in recent months.

He scored his first goal for the club in the FAI Cup win over Wexford at Ferrycarrig Park at the end of August and has subsequently chipped in with league goals against St Patrick’s Athletic and Sligo Rovers at Casey’s Field.

“I’m absolutely buzzing,” he told dundalkfc.com after committing his future to the club. “It’s been in the air for the past few weeks and I’m delighted we’ve got it over the line.

“I think things will only keep getting better at the club over the next couple of years and I will definitely improve in this environment. I still have lots to learn and I’ll be working very hard over the winter and the off-season to come back next year and try and get better.”

Ryan’s strike against St Patrick’s Athletic saw him become the first local-born player to score a league goal for the club since Tiarnan Mulvenna back in 2013 and he said he was proud to represent his hometown club.

“When you hear things like that, it makes you burst with pride,” he said. “When I was 14 or 15, and the team was doing so well in Europe, there wasn’t really any local lads in the team so it makes me really proud to pull on the jersey.” 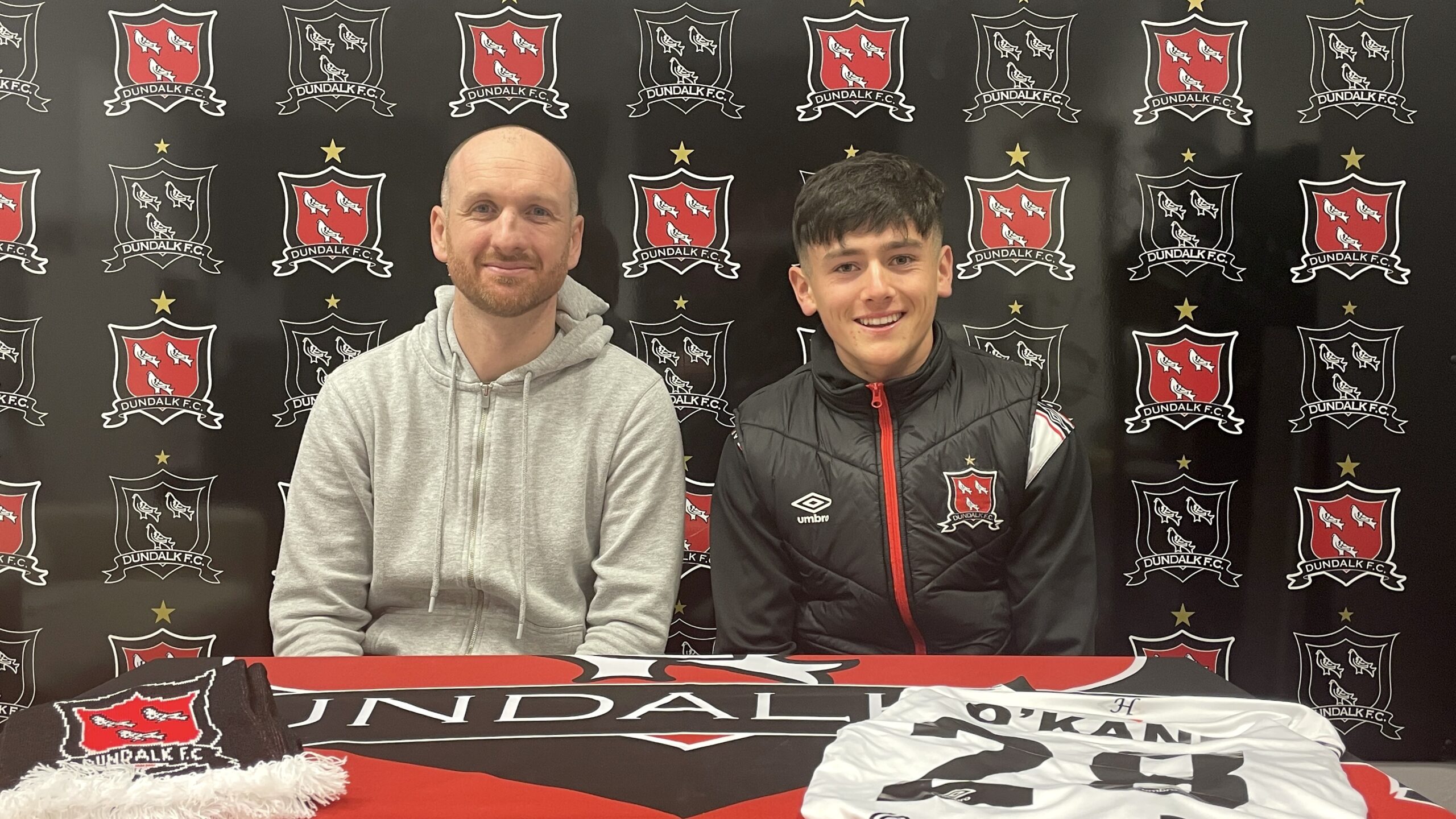 His sentiments were echoed by Dundalk FC head coach Stephen O’Donnell who said O’Kane was a shining example to every youngster in the area.

“Ryan’s a local lad who has come through the Dundalk Schoolboys League and our academy and he’ll give every young player in and around Dundalk hope,” said O’Donnell.

“He was telling me that all of his friends go to our games and stand in The Shed and that’s brilliant. You can’t buy those sorts of feelings and emotions and it does mean that extra bit more when you have a young lad from Dundalk in the team.

“Supporters know his family, his background, his parents and his grandparents and there is a real connection and identity when he scores.

“It’s important for us to have as much of a local input as we can but players have to be good enough and Ryan has shown that he is more than good enough.”

O’Donnell also paid tribute to O’Kane’s attitude and said the youngster was eager to learn and improve on a daily basis.

“Ryan has far outweighed my expectations,” he said. “He had a slow start to the season and went down to the U19s but he showed a great attitude, forced his way back into the reckoning with the way he was training, and has gone from strength to strength.

“He is on a crest of a wave at the minute and it was important that we got him tied down. He is a pleasure to work with. He loves the game for its purity and you can see that in the way he plays. The thing for him now is to keep working as hard as he can and try and improve even more over the next couple of years.”