OLE RESCUES A POINT IN BALLYBOFEY

Ole Erik Midtskogen scored his first goal for Dundalk to secure the Lilywhites a share of the spoils against Finn Harps in Ballybofey on Friday evening.

Barry McNamee gave Ollie Horgan’s men a first-half lead but Midtskogen’s downward header after the break rescued the visitors and they almost won it in stoppage time when Junior saw a free-kick tipped onto the crossbar by Harps goalkeeper Mark McGinley.

The result leaves Dundalk somewhat marooned in sixth place and a return of just 11 points from 11 games represents the same return as the miserable 2012 campaign when it took a relegation playoff win to secure the club’s top-flight status. 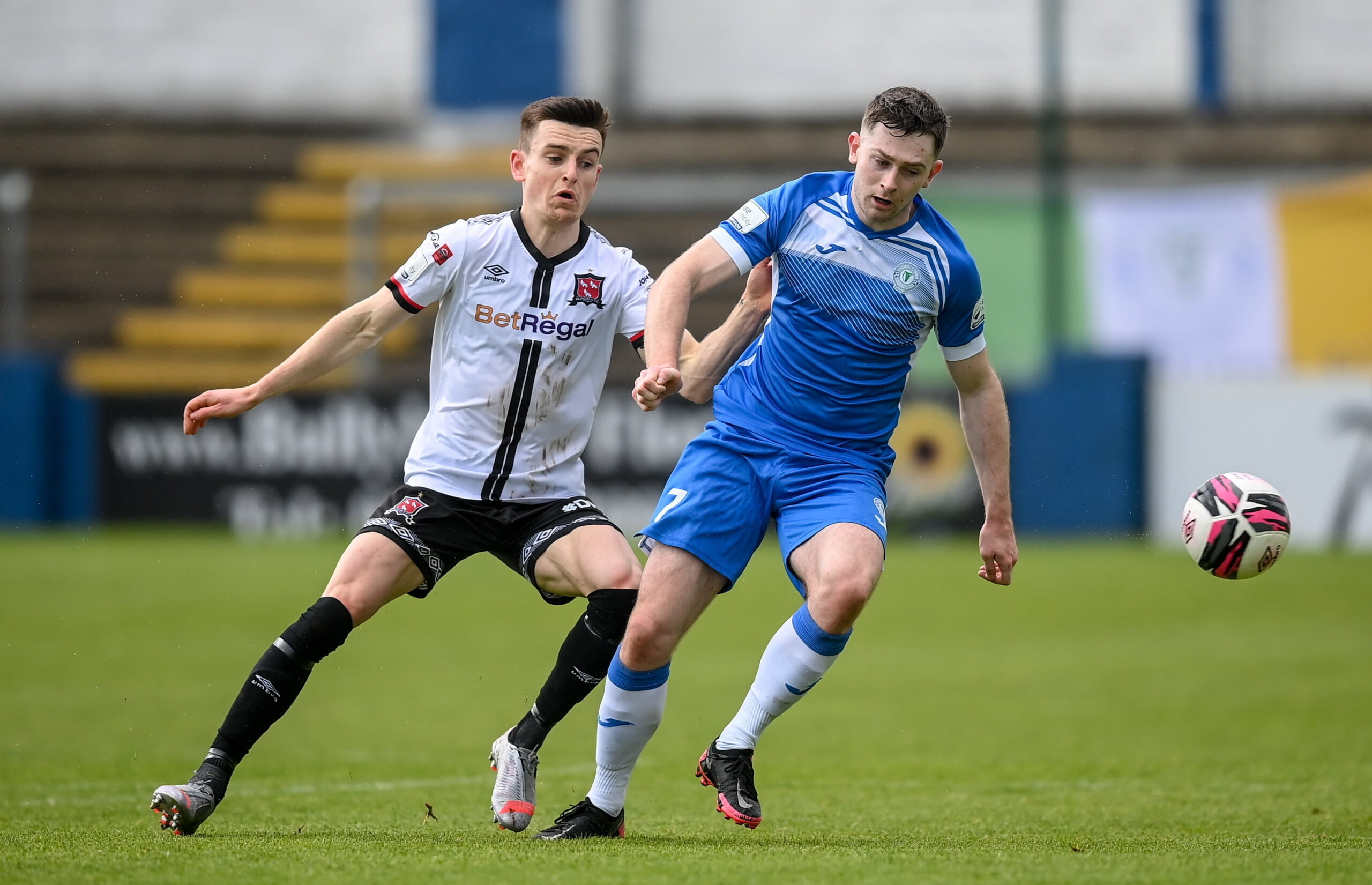 Karl O’Sullivan of Finn Harps in action against Darragh Leahy of Dundalk during the SSE Airtricity League Premier Division match at Finn Park in Ballybofey, Donegal. Photo by Stephen McCarthy/Sportsfile

Lilywhites sporting director Jim Magilton made five changes to the team that was beaten at home to Sligo Rovers a week earlier with Alessio Abibi, Darragh Leahy, Sonni Nattestad, Greg Sloggett and Midtskogen all named in the starting XI.

And with the rain falling at Finn Park, Dundalk got off to a positive start with Han Jeongwoo flashing an effort just wide in the opening minutes.

They shot themselves in the foot again, however, as the hosts took the lead in the 19th minute. Adam Foley hustled Darragh Leahy on the Harps right and after seizing possession, Barry McNamee unleashed a stunning strike from just inside the area that gave Abibi no chance. 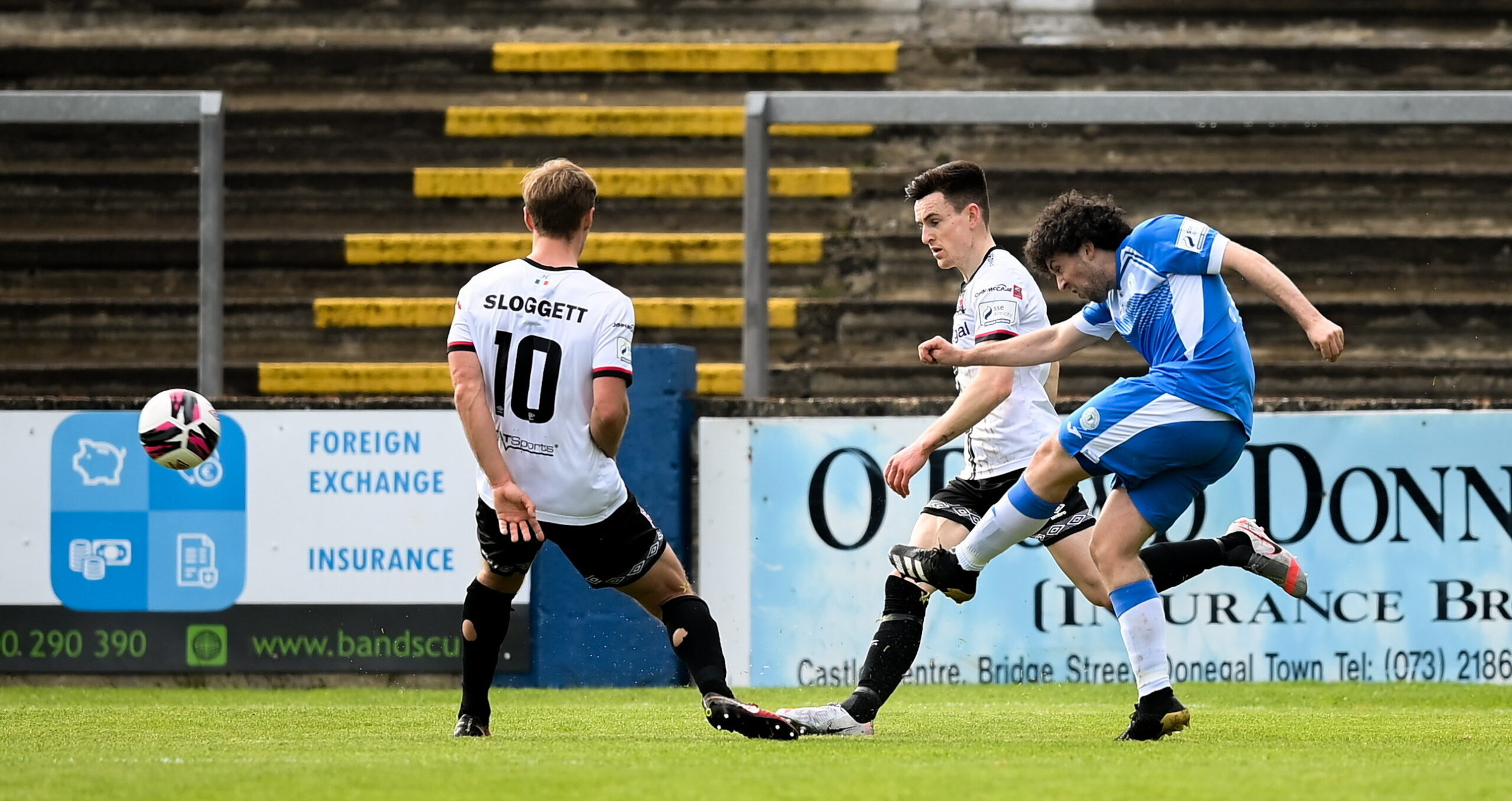 Karl O’Sullivan almost doubled the advantage moments later when he got free to let fly from the edge of the penalty area but his shot was deflected just wide.

Dundalk struggled to get into any sort of rhythm but Michael Duffy should have equalised just before the half-hour mark when he got on the end of a Han cross but he couldn’t find the target from six yards.

Sean Murray also passed up a good opportunity when he failed to direct a Raivis Jurkovskis delivery at goal and a limp first-half display ended with Harps deservedly in front. 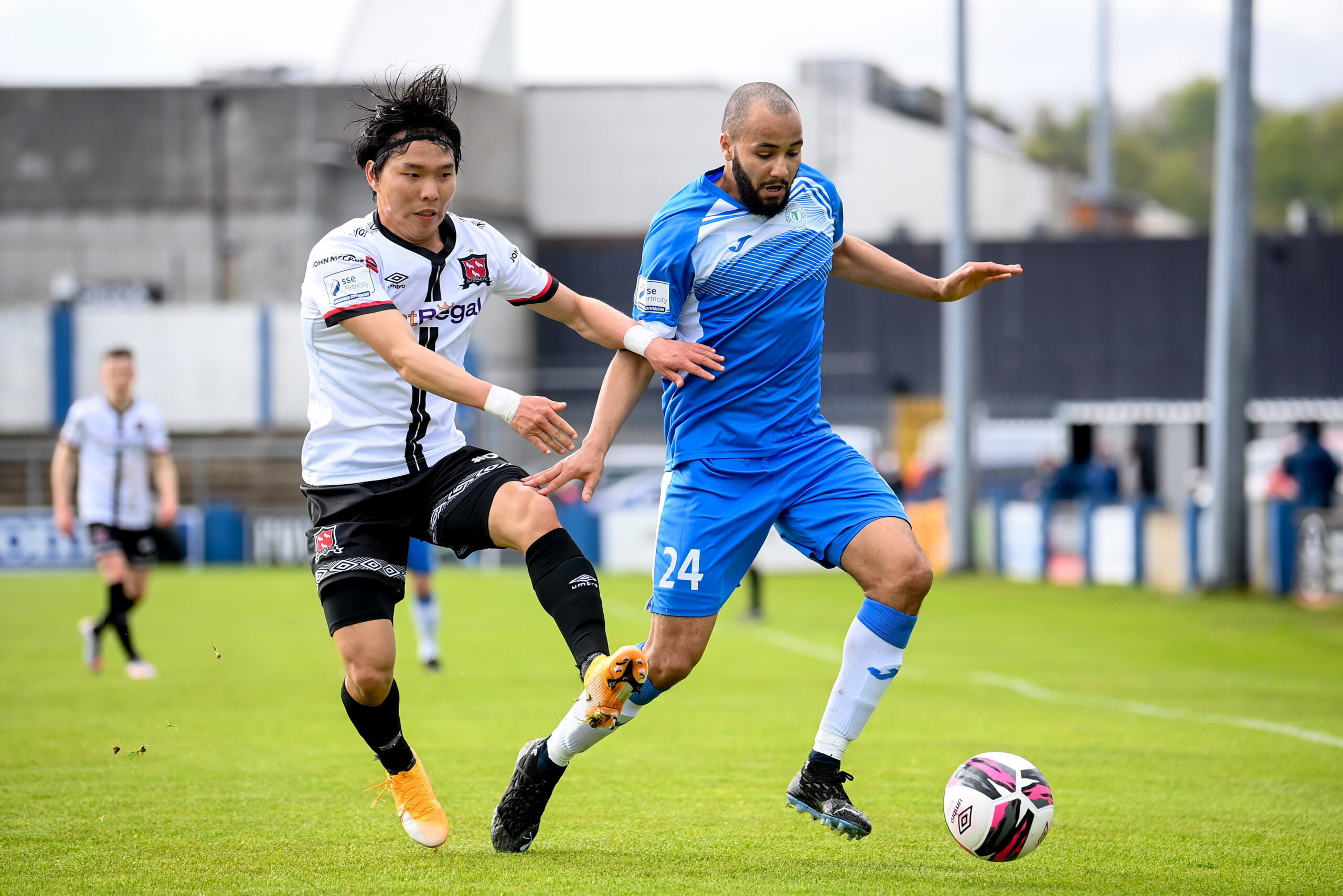 The visitors started with more intensity after the break and they got the equaliser four minutes into the second half. Wilfried Zahibo spread play from right to left and when Duffy picked Midtskogen out with a fine cross from the left, the big striker became the first Norwegian to score in the SSE Airtricity League of Ireland Premier Division with a brilliant downward header.

That lifted Dundalk and they started to create chances as the game opened up. Another Jurkovskis cross was headed off target by Zahibo and the Latvian international also acted as provider for Midtskogen again but on this occasion, McGinley was equal to the task.

Dundalk looked like they had turned the game on its head when Duffy found himself through on goal but McGinley stood tall again and the Harps goalkeeper was forced into a fingertip save in injury-time when he touched Junior’s free-kick onto the crossbar and behind to safety to bring the curtain down on another disjointed performance by the Lilywhites. 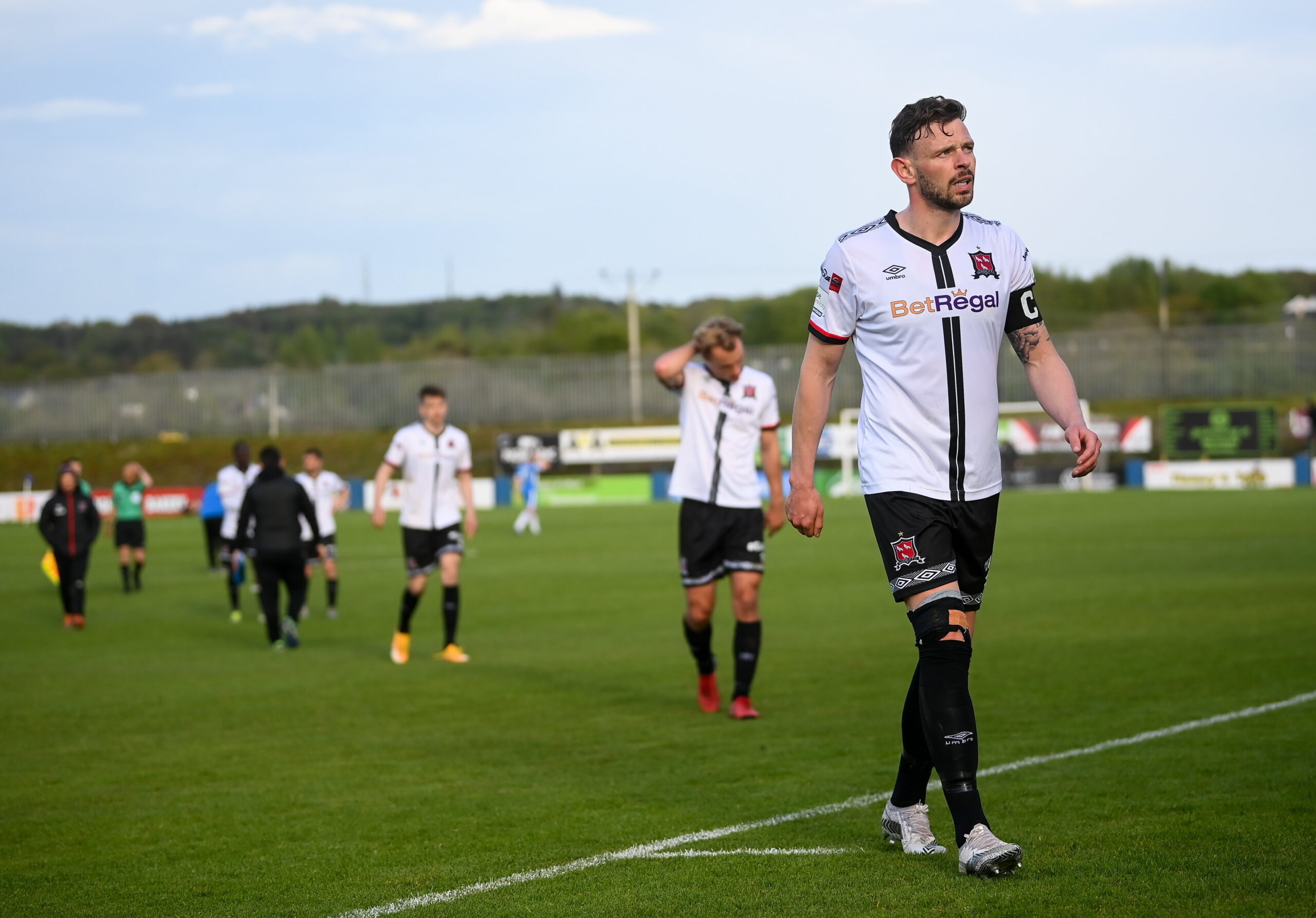