Dundalk relinquished their hold on the extra.ie FAI Cup on Friday night as they went down 3-1 to St. Patrick’s Athletic at Richmond Park.

Billy King gave the Saints a first half lead before Patrick Hoban struck his ninth in nine matches to have it level at the interval. Second half strikes from Darragh Burns and Matty Smith were enough to send the hosts through to the final on November 28th.

Vinny Perth was able to call on Patrick Hoban who was fit after going off last week and Cameron Dummigan returned to the starting XI after suspension in place for Sami Ben Amar.

It was almost the perfect start for Dundalk when a quickfire counter attack in the first minute set Michael Duffy free on the left and he squared it on the edge of the area for Will Patching however his shot was straight at the goalkeeper.

Sean Murray then had two chances. First his flick goalwards was saved by Jaros before for his second, a raiding run on the right and a shot from an acute angle hit the side netting with better options on. 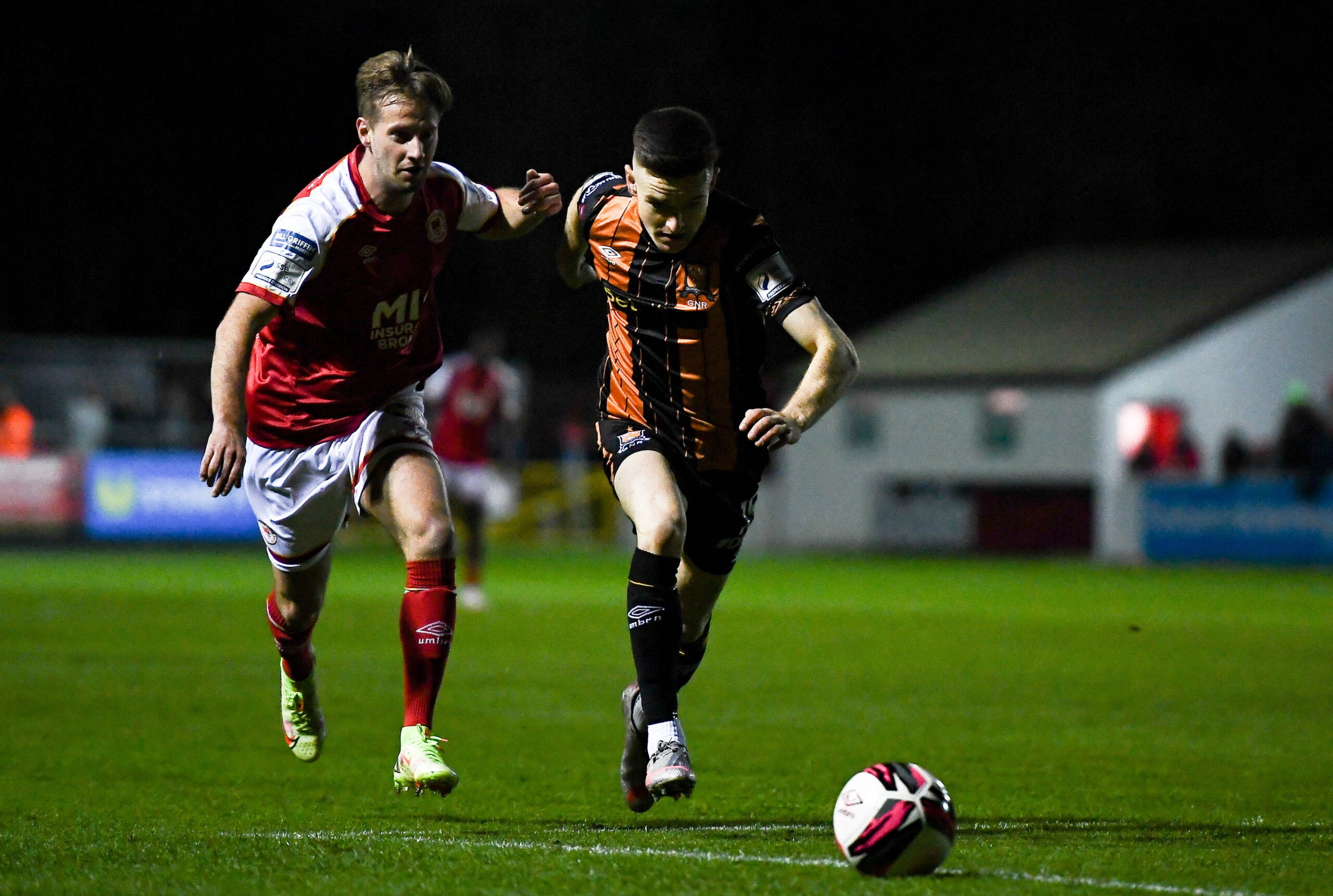 Darragh Leahy up against Billy King. Photo by Ben McShane/Sportsfile

The first 20 minutes was rounded off by a long distance Patrick Hoban shot which cleared the stadium.

The first real chance for St. Patrick’s Athletic came in the 25th minute when Darragh Burns showed some quick feet and pace to get away from Darragh Leahy but his goalbound shot was excellently blocked by Andy Boyle.

The lead goal would come from the next attack though when Chris Forrester dispossessed Greg Sloggett and fed it to Billy King. He hit a shot early and fired past Cherrie from 20 yards.

It should have been 2-0 moments later when a swift break saw the ball get to Matty Smith on the left but he snatched at the shot and it went wide of the left hand post.

The Lilywhites would get their equaliser 5 minutes before the break when Will Patching did brilliantly to win the ball back in the final third and fed Hoban. Through on goal, the number 9 powered the ball to the net.

Dundalk were deservedly level at the break and Cameron Dummigan’s early run and shot in the second half could have yielded a second however the ball was gathered easily by Jaros. 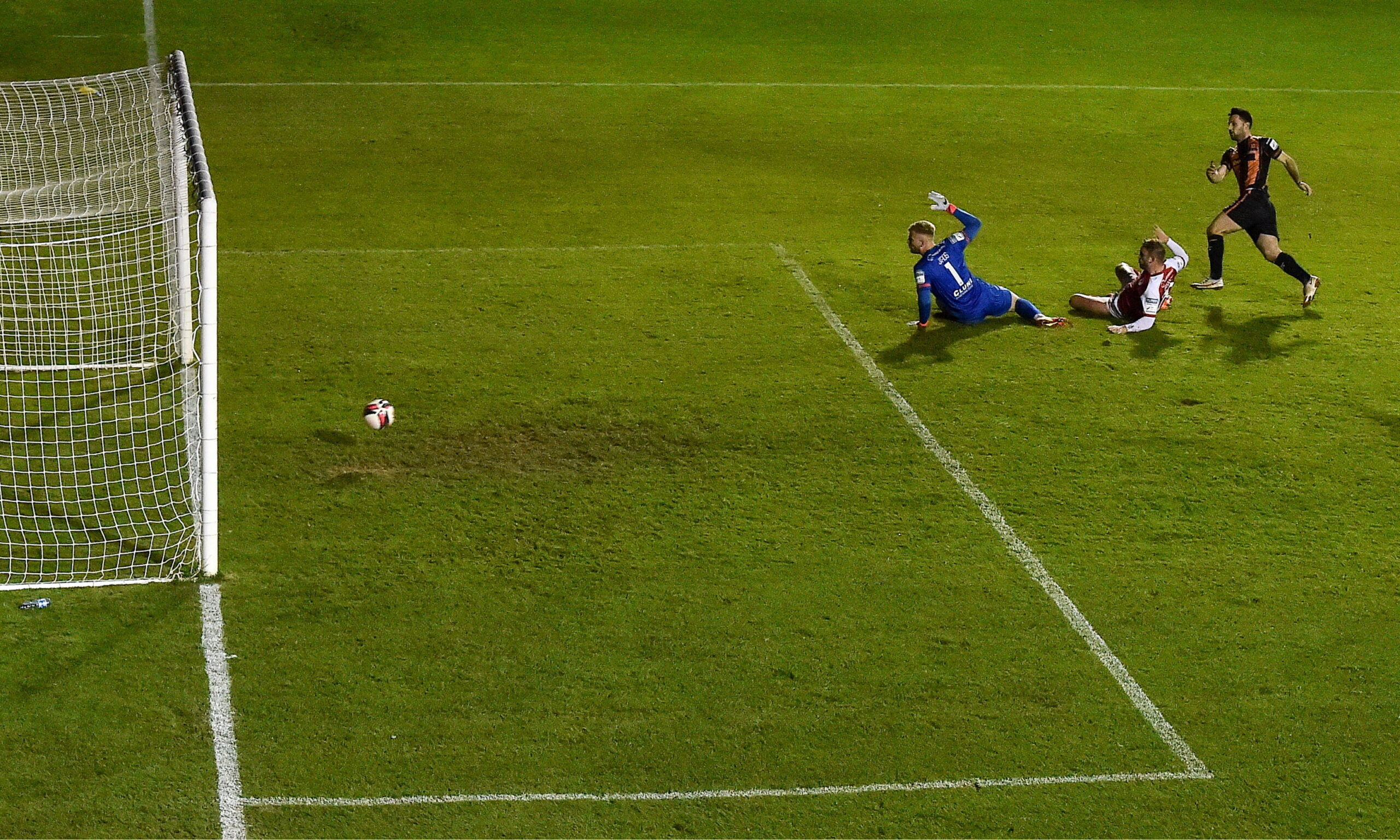 Darragh Leahy’s cross should have been turned home by someone at the back post and Dundalk would live to regret that.

The next attack would see Matty Smith get in behind the defence and fire superbly to the top corner out of the reach of Cherrie.

King almost got his second goal when his attempted cross almost crept in at the back post with Cherrie scrambling.

Dundalk did go looking for the second leveller of the match with the introduction of both David McMillan and Daniel Kelly an intent to go out attacking.

Patching almost scored the goal of the season with a stunning dipping volley however it was tipped over the bar by Viteszlav in acrobatic fashion.

In the next Pat’s attack, Alfie Lewis side footed an effort wide of the post as the clock ticked towards the 90 minute mark. 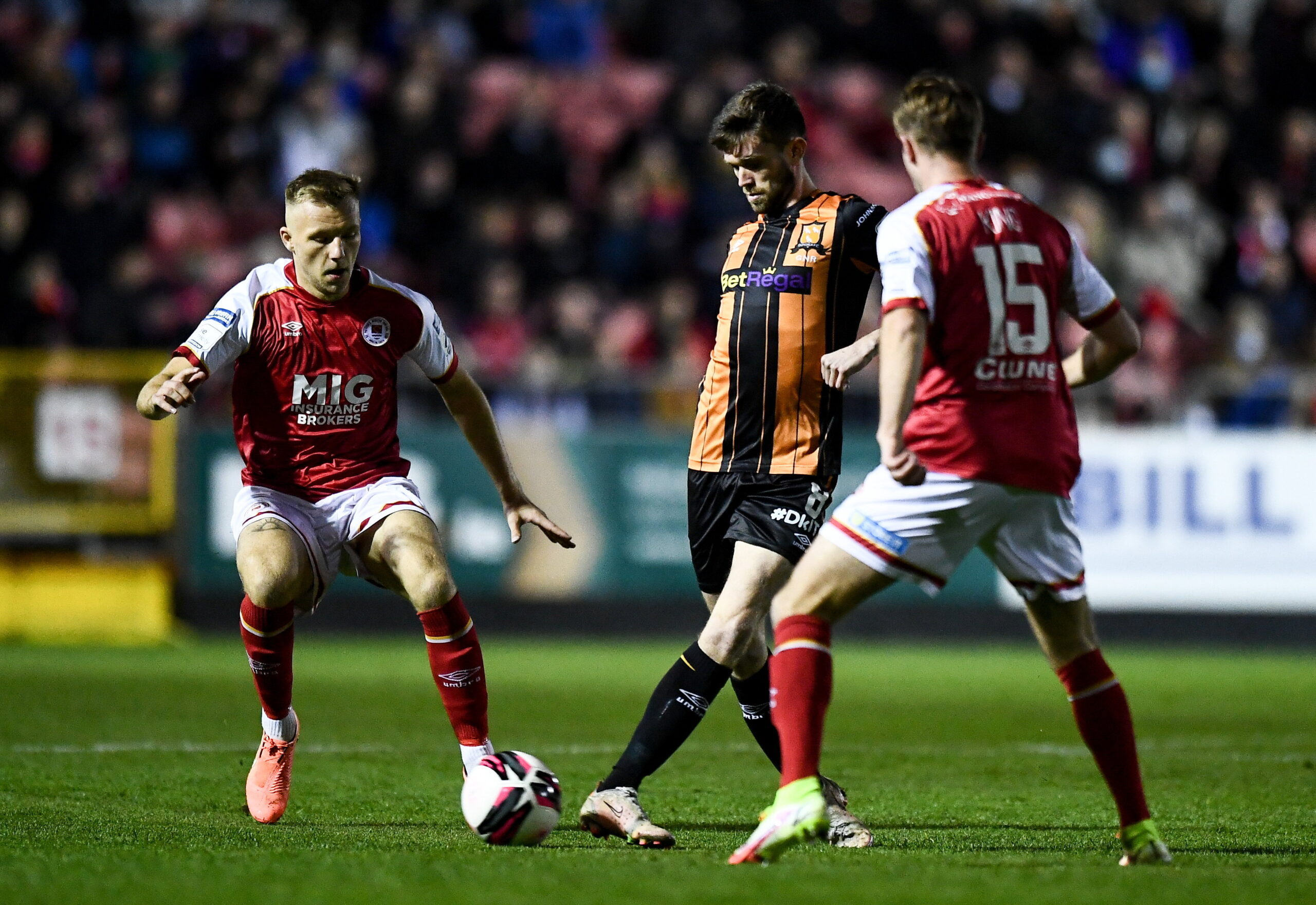 It would be 3-1 though as the Lilywhites flooded forward to find their second however left themselves exposed at the back and Burns found himself through on goal and he deftly chipped the ball over Cherrie.

Dummigan’s snapshot was then saved by the goalkeeper before Patching tried another long range effort this time going wide.

That proved to be the final action of note as Dundalk’s dreams of reaching a seventh straight FAI Cup final at the AVIVA Stadium were ended at the hands of Stephen O’Donnell’s Saints.