The Dundalk FC U16 girls were very unlucky against Peamount United on Sunday morning, losing 4-3 in a Metropolitan League thriller at Oriel Park.

The Lilywhites got off to a bright start and they made their early dominance count inside the opening 20 minutes thanks to a stunning strike from Jennifer Freeman. Freeman was heavily involved again just four minutes later, setting up Molly Gordon who doubled the home side’s advantage.

Peamount began to finally grow into things and they managed to pull one back before the halftime break to keep them in with a chance of getting a result from the game.

The visitors continued to build on their promising end to the first half after the break and they opened Dundalk up, forcing goalkeeper Caoimhe Magee into some quality saves. 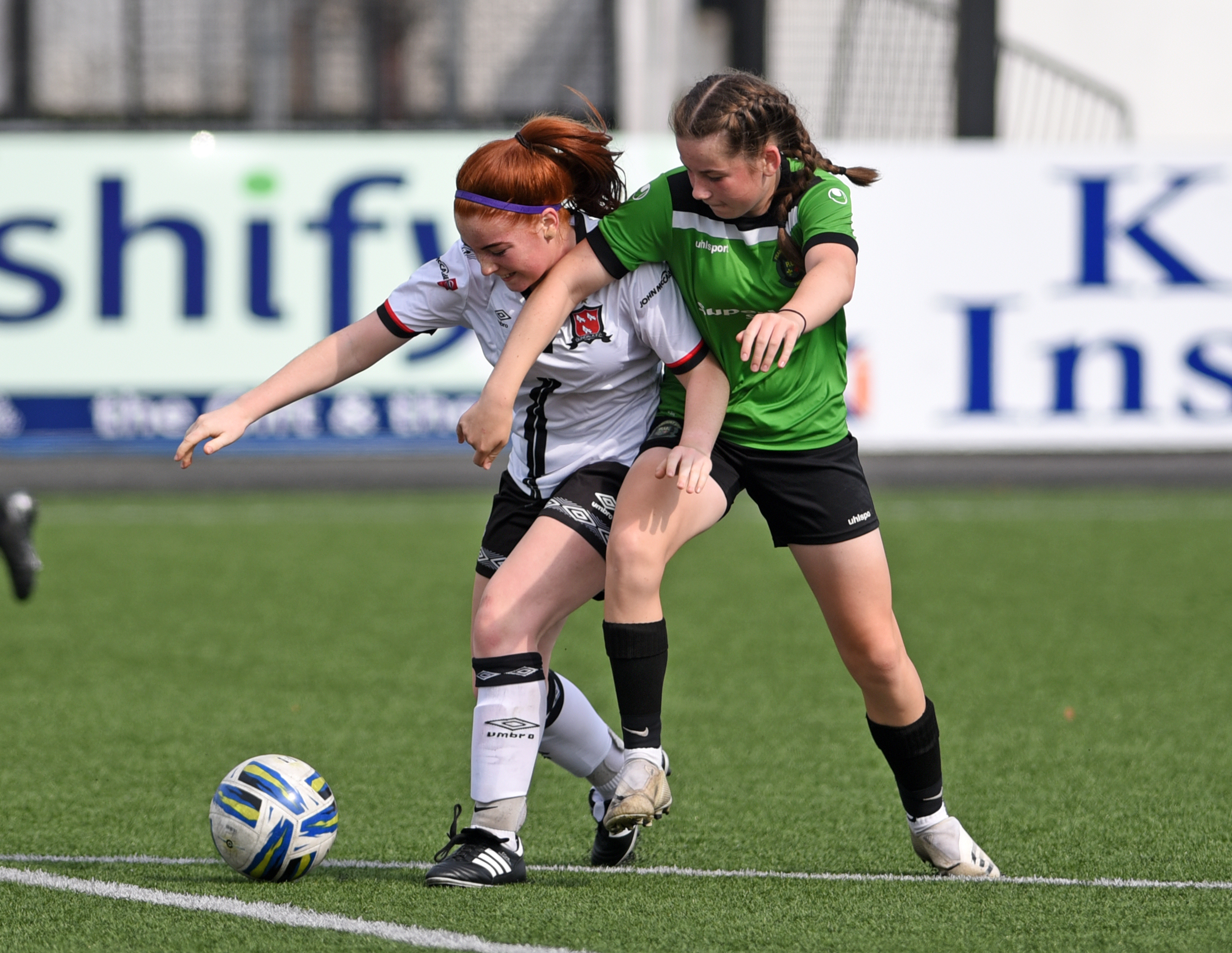 Dundalk’s Annie Stanfield holds off a Peamount United defender in the MGL game at Oriel Park. Photo by Ciaran Culligan 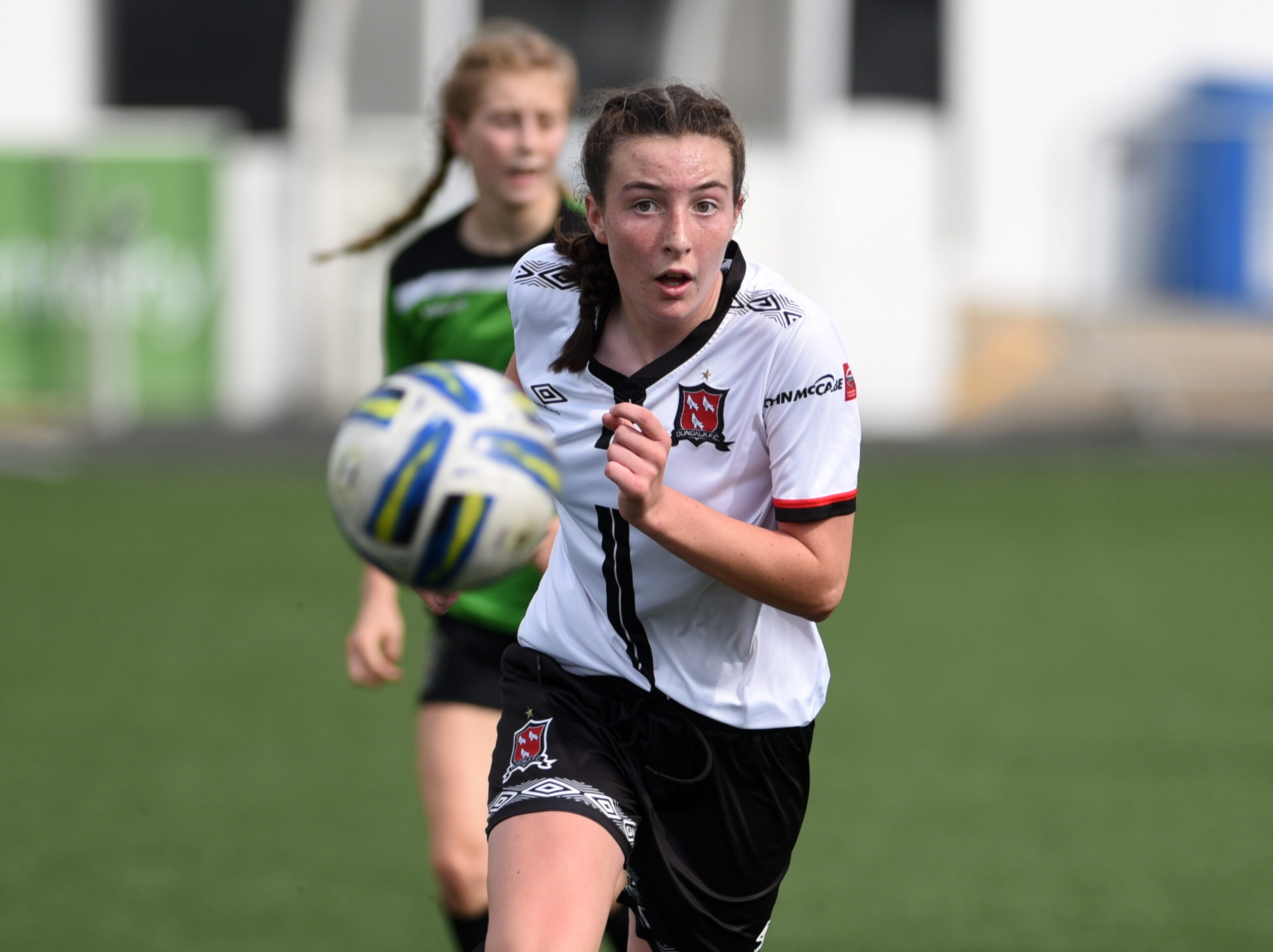 Maggie Holland chases this ball in the MGL game at Oriel Park. Photo by Ciaran Culligan

Bernard Freeman’s side kept Peamount at bay with some good defending for as long as they could but their opponents eventually took one of their chances in the 62nd minute to draw level.

The away side continued to push forward and they took the lead with 71 minutes played when a quality free-kick was placed just out of Magee’s reach and Dundalk were left with a mountain to climb just four minutes later as Peamount scored again to make it 4-2.

The Lilywhites pulled one back when Ciara Whyte converted from a Jennifer Freeman corner, but they couldn’t find an equaliser despite their best efforts.