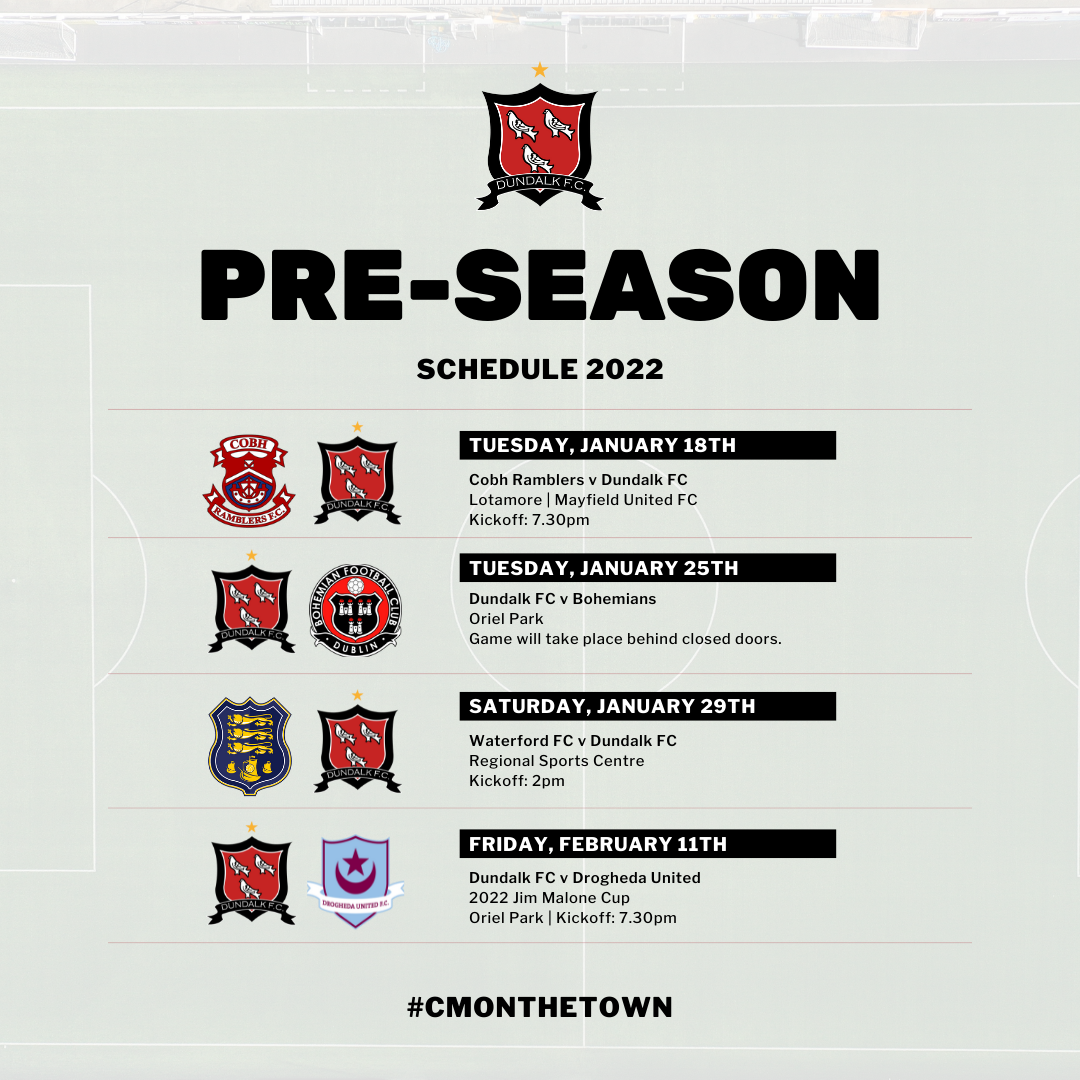 Four pre-season friendlies have been confirmed ahead of the start of the 2022 SSE Airtricity League campaign in mid-February.

Lotamore, the home of Mayfield United FC, will be the venue for our first outing of the year when we make the trip south to take on Cobh Ramblers on Tuesday, January 18th.

The game will kickoff in Cork at 7.30pm. Cobh Ramblers have stated that attendance at the game will be subject to government guidelines.

On Tuesday, January 25th, Bohemians will visit Oriel Park for a game that will be played behind doors and four days later, on Saturday, January 29th, Dundalk will take on Waterford at the RSC at 2pm.

A date for the 2022 Jim Malone Cup has also been announced. The Lilywhites will have home advantage for the tie against Drogheda United. Kickoff at Oriel Park is at 7.30pm with all supporters permitted to attend.