Dundalk will be aiming to turn a good week into a great week when they play host to fifth-placed Bohemians in Monday night’s SSE Airtricity League clash at Oriel Park.

The clash with The Gypsies will be the Lilywhites’ third home game in the space of just six days and after impressive victories over Finn Harps in the FAI Cup and Sligo Rovers in the league, Vinny Perth’s men are starting to grow in confidence.

Darragh Leahy has typified the attitude shown by the Dundalk players over the past week. After missing seven games with a troublesome ankle injury, he returned to play alongside Mayowa Animasahun at centre-back in the 3-1 win over Harps last Tuesday.

On Friday, Daniel Cleary was his partner at the heart of the back four in the 4-1 win over Sligo Rovers at Oriel Park and, speaking to dundalkfc.com, Leahy said his premature return was simply a case of needs must.

“I’m still not 100% but you can see how many bodies we are down at the minute,” he said. “I pulled Vinny the day before the Finn Harps game and I said I’d try and do a job at centre back because there’s not so much high speed running and things like that.

“I had five or six weeks without doing anything and then I was straight back in for two games. I literally hadn’t kicked a ball since the Vitesse Arnhem game and it was probably a bit of a risk going back in but at centre-back, you don’t need to get up and down as much so it’s not too bad.

“I’m going into a third game in a week now but the two wins have really helped everyone and we’re all looking forward to the Bohs game on Monday night.”

With Waterford and Finn Harps also winning on Friday night, Dundalk remain in ninth place. The fixture with Bohemians, however, represents their game in hand on the three teams directly above them in the table and a positive result will see the Lilywhites move out of the danger zone with eight games to play.

“I know the result the other night didn’t change our league position but it has definitely given us confidence,” said Leahy. “We just have to continue that momentum against Bohs on Monday night.

“They’re pushing for Europe but they were beaten by Finn Harps on Friday and they drew with Derry last week so they’ll be looking to get back on track and they’re always a tricky team to play against. They can rotate their squad so we’ll have to be on guard.”

Previous Meetings
This is the third time the sides have met this season, with Bohemians coming out victorious on the previous two occasions.

Georgie Kelly scored the only goal of the game from the penalty spot at Oriel Park in April and the former Dundalk striker also bagged a hat-trick in Bohemians’ 5-1 win at Dalymount Park in May.

Tyreke Wilson and Promise Omichere were also on the scoresheet for the hosts while Cameron Dummigan was sent off. Greg Sloggett scored Dundalk’s consolation on a day to forget in Phibsborough.

Dundalk’s last league win over Bohemians came at Oriel Park in May 2019. Danny Grant put the visitors ahead early on but Kelly and a Patrick Hoban penalty, deep in injury-time, secured a 2-1 victory. 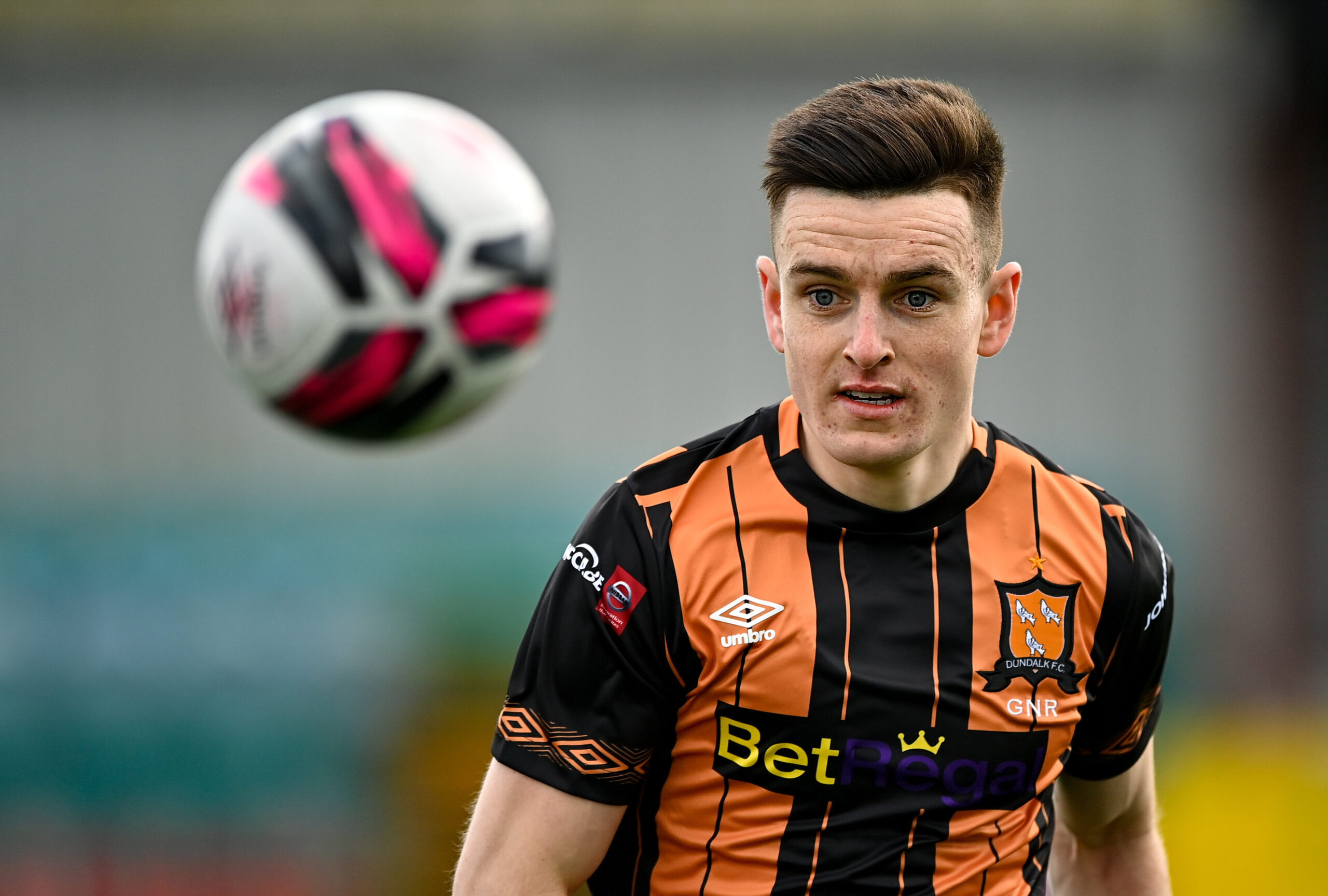 26 February 2021; Darragh Leahy in action against Bohemians during a pre-season friendly at Oriel Park. Photo by Seb Daly/Sportsfile

Form Guide
Dundalk will be looking to win back-to-back league matches for just the third time this season when they face Keith Long’s side.

They did piece a run of three straight wins together back in July, beating Newtown AFC home and away in the UEFA Europa Conference, and Finn Harps in the league at Oriel Park.

After beating Finn Harps and Maynooth Town, Bohs have picked just one point from their last two league games. A 3-3 draw with Derry City at Dalymount Park last Monday was followed by a 2-1 defeat in Ballybofey on Friday night.

Vinny Perth Quotes
“It’s a huge night for us and it’s a big three points on offer. We have to target those three points. It’s going to be difficult against Bohemians but we have to go again.
“We are missing Will Patching through suspension which is typical of where we are at the minute. Whenever we seem to get one back, we still lose one and I probably won’t know the team until Monday.”

Ticket News
Tickets will go on general sale from Oriel Park at 10am on Monday, September 27th and will be available to purchase at the ground before kickoff. All season ticket holders will be admitted to the game. Supporters are advised that there will be no tickets available online for this fixture.