It’s a quick turnaround for Dundalk as they travel to Dalymount Park on Monday evening to take on Bohemians in series 13 of the SSE Airtricity League.

You can follow all of the action on our new Match Centre feature on the Dundalk FC App. Updates get underway from 4:45 pm.

The Lilywhites got back to winning ways on Friday evening with an outstanding 2-1 victory over reigning champions Shamrock Rovers at Oriel Park.

In an entertaining encounter, Patrick McEleney opened the scoring but it was cancelled out almost immediately by Joey O’Brien before Daniel Kelly struck in the second half to seal a much-needed win.

Dundalk head to Phibsborough sitting seventh in the table, level on points with Bohs who occupy sixth by virtue of goal difference. The Gypsies suffered a 2-1 defeat away to St Patrick’s Athletic on Friday night.

Bohs have already beaten Dundalk this season thanks to a Georgie Kelly penalty in a 1-0 win at Oriel Park back in April. That extended their unbeaten run over the Lilywhites in the league to four matches but Dundalk did record a fine 4-1 win away to Keith Long’s side in the FAI Cup quarter-final last year. 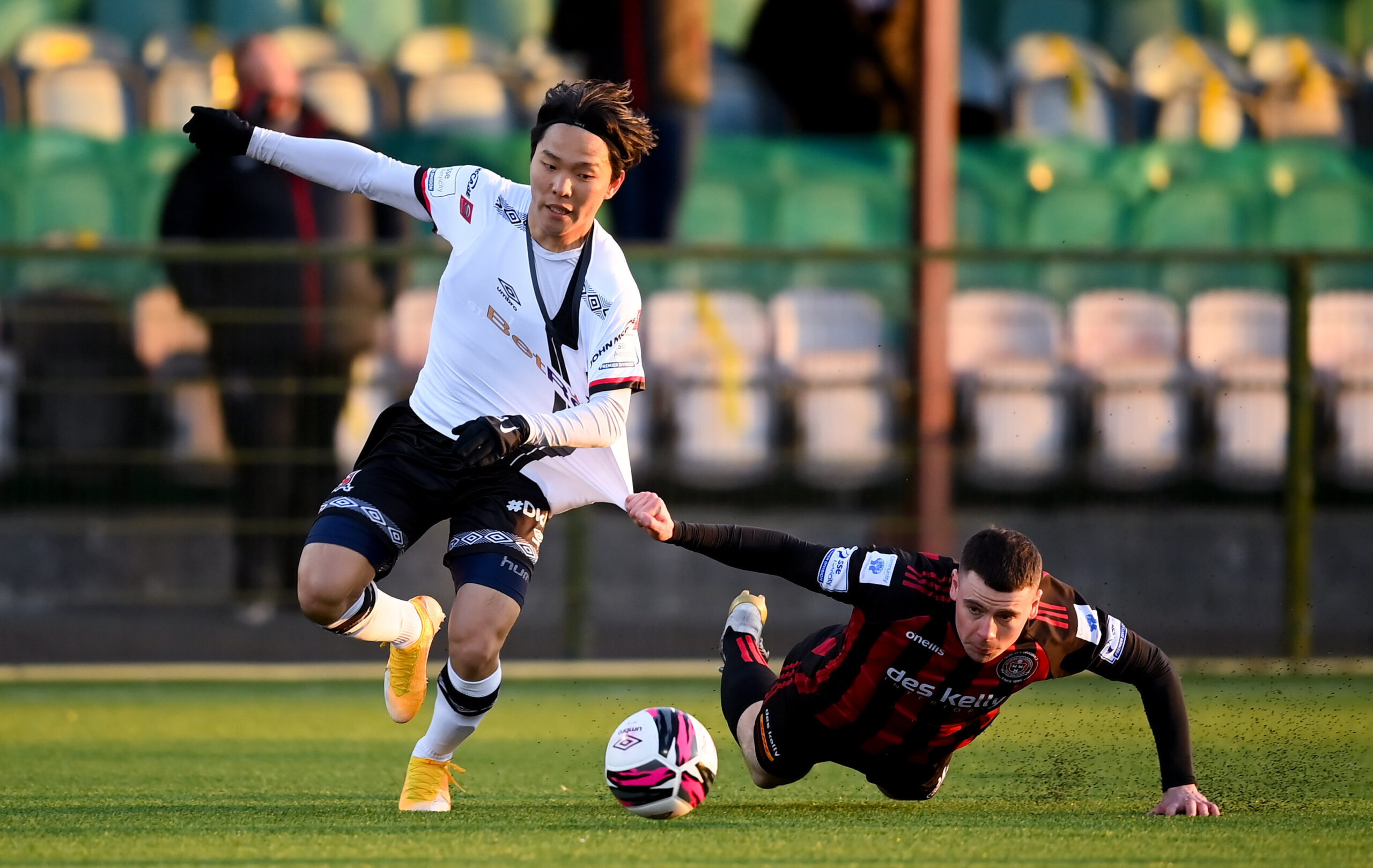 Han Jeongwoo in action against James Finnerty of Bohemians during the SSE Airtricity League Premier Division match at Oriel Park in April. Photo by Stephen McCarthy/Sportsfile

Team News
Daniel Kelly is expected to be fit despite coming off with 15 minutes remaining against Rovers. The Lilywhites will still be without the injured Daniel Cleary (torn quadriceps tendon), Brian Gartland (knee) and Patrick Hoban (calf) while Sonni Nattestad will be assessed ahead of kick-off.

Jim Magilton Quotes
“The lads were magnificent to a man against Shamrock Rovers on Friday night. Their work rate, grit, determination – all the dirty words that help win a game of football against a top class side – were evident.”
“We can’t rest on our laurels. The lads know that this could be a start but if we don’t go and present ourselves on Monday then the win over Rovers was a waste. We’ve set standards so we have to maintain them now.”

Patrick McEleney Quotes
“Friday was a big win for us. It was needed, for the group and for the fans. It hasn’t been an easy time, there’s no getting away from it, so hopefully, that win picks everyone’s spirits up and we can try to kick on and put a run together.
“Confidence is a massive thing in football and it’s easy to kick people when they are down but I think everyone should get behind us. Things haven’t broken for us for whatever reason but this is an opportunity for us to kick on.”