Dundalk are back in action on Friday night when they host Derry City at Oriel Park in the SSE Airtricity League Premier Division.

The match will be streamed live on LOITV.ie. You can buy a season pass, which enables you to watch every SSE Airtricity League game, for just €79 or a match pass for just €5. Kick-off is at 7.45pm. Our coverage gets underway at 7pm.

The fixture is sure to be an emotional one for all involved with the club, as captain Chris Shields takes the field in a Dundalk shirt for the 349th and final time before his move to Linfield at the end of June.

The Lilywhites legend will undoubtedly be hoping to contribute to another victory on Friday night to continue Vinny Perth’s unbeaten start to life back in the Dundalk dugout.

Dundalk are unbeaten in their first two games since Perth’s return, following up on the draw at home to Longford Town last Friday night with a win away to Drogheda United on Monday. That result saw Dundalk move up to seventh in the league table, just a point behind their opponents on Friday evening.

Derry City have had an excellent spell of form following the appointment of Ruaidhri Higgins as head coach at the end of April, losing just once in their last ten games. That run has seen them rise from bottom of the table to sixth, just five points off the top four. 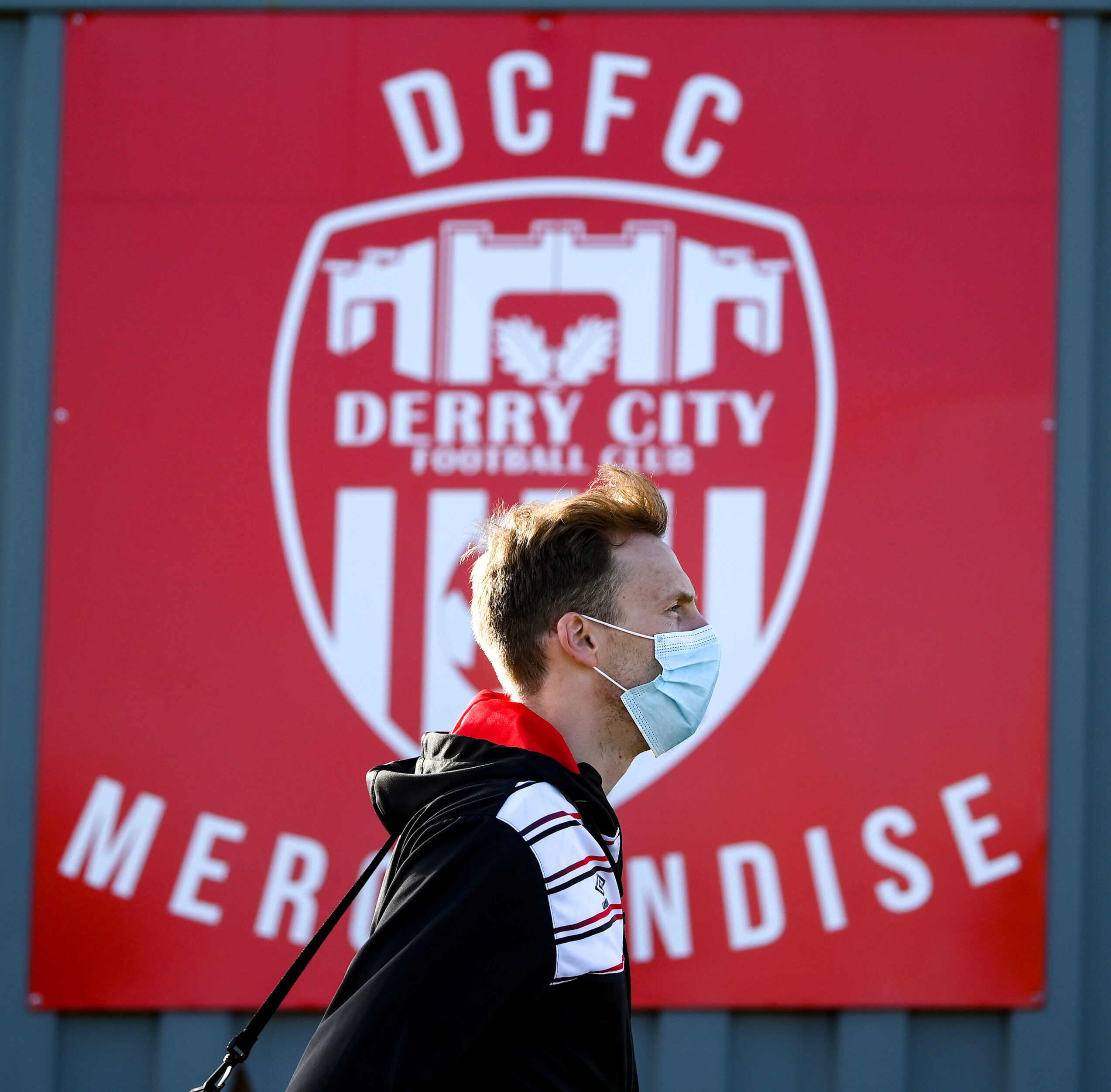 David McMillan arrives at the Ryan McBride Brandywell Stadium in Derry ahead of the SSE Airtricity League game in April. Photo by Stephen McCarthy/Sportsfile

Vinny Perth Quotes
“Ruaidhri Higgins is a friend and an outstanding coach, and there is no doubt he has been missed at this football club. I look forward to locking horns with him. Derry have definitely improved under Ruaidhri. They have a lot of fit and hungry footballers, and they have a real balance of youth and experience in their team.
“It’s a competitive season this year and there will be games won and lost by every team. We have already seen that. Bohs had a bad start and are now on a great run and Sligo, St Pat’s and Shamrock Rovers have all been top of the league. I always felt it was going to be a very competitive league and there wasn’t a real gap between top and bottom and it has played out that way.”

Michael Duffy Quotes
“It was a massive game for us in Drogheda on Monday night and we needed to win it. At times it wasn’t pretty but we got the three points and that was the main thing. It was a real battle but we knew it was going to be like that. I thought we fought very well on a difficult pitch. We didn’t have a lot of the ball at times but they didn’t really look like scoring and our defence was brilliant.”