After a frustrating start to 2022, Darragh Leahy is back and looking forward to witnessing Oriel Park at its most vibrant.

The 23-year-old full-back has yet to feature for the Lilywhites this season after sustaining a nasty ankle injury in the dying stages of the Jim Malone Cup.

He has been closing in on a return over the past couple of weeks, however, and was named on the substitutes bench for the 1-0 loss against the Drogs at Head In The Game Park before playing 90 minutes in a friendly with Shelbourne last Friday.

The former Irish U21 international has enjoyed a further week of training ahead of Friday night’s SSE Airtricity League Premier Division clash with UCD and he said he was chomping at the bit to get back in action.

“Last Friday’s friendly was the first 90 minutes I’ve played since the game with Derry City at the end of last season,” he told dundalkfc.com. “It was great to get the minutes back into the legs and I’m looking forward to kicking on now.

“I picked up the injury at the worst time, in the last game of pre-season. Up to that point, I felt really good, played in all of the friendlies but I just went over on my ankle against Drogheda with no-one around me. I just wanted to block the cross but my foot planted and all of my weight went over on it.

“Thankfully, it wasn’t as bad as we first thought. I thought it was a bad bone injury but it didn’t turn out to be as serious. It’s been tough watching from the stands so I’m looking forward to getting back into it.” 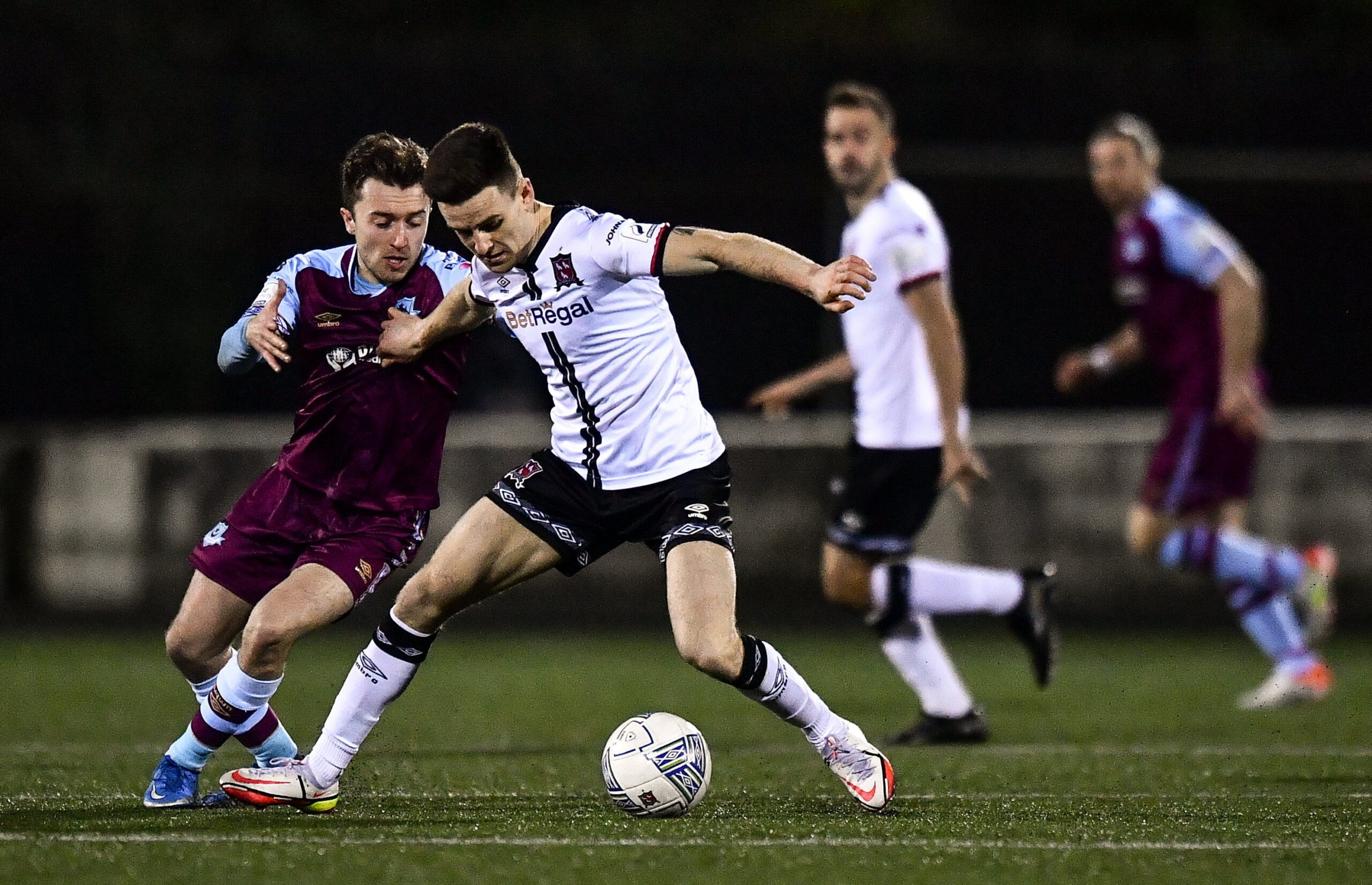 Friday night’s game with the Students is the first of four home games at Oriel Park in April and although he is has been at the club since 2020, Leahy is still getting used to the raw atmosphere at the old ground on a Friday night.

“Because of the pandemic, my first time really playing in front of a proper full house at Oriel Park was the back end of last year!” he said.

“We beat Shamrock Rovers 1-0 that night and the fans really helped push us over the line. It was an amazing night and it makes such a difference having the supporters behind us. We have a big month ahead now and hopefully we can make the most of these games at Oriel.”

This will be the first league meeting between the sides at Oriel Park since 2019 when a brace from Michael Duffy and a goal from Patrick Hoban saw Dundalk run out 3-0 winners. UCD’s last visit to the ground came at the beginning of the 2020 campaign when Leahy made one of his first appearances for Dundalk in a 7-1 victory.

Andy Myler’s newly-promoted side have found life difficult in the top-flight thus far and sit bottom of the table after six matches but Leahy said Dundalk would be foolish to underestimate the Students.

“We know that UCD will be tricky,” he added. “They are young and fearless and they have a few players who we need to keep our eyes on but they also have weaknesses and we just need to focus on our game plan and what we do.”

Team News
Darragh Leahy has returned to full fitness after missing the opening seven games with an ankle injury sustained in pre-season while Joe Adams, Nathan Shepperd and Dan Williams are back from international duty with the Welsh U21 team.