The 165th edition of the Louth Derby takes place on Monday night when Dundalk make the short trip south to take on Drogheda United at Head In The Game Park.

The match will be streamed live on LOITV.ie. You can buy a season pass, which enabled you to watch every SSE Airtricity League game, for just €79 or a match pass for just €5. Kick-off is at 7.45pm.

Lilywhites head coach Vinny Perth will be looking to build on Friday night’s 1-1 draw at home to Longford Town where Dundalk showed plenty of spirit to come back from a goal down in his first game back in charge of the club.

The sides have already met on two occasions this year. In pre-season, Shane Keegan and Filippo Giovagnoli were in place when Dundalk returned home with the Jim Malone Cup after a 3-2 win on Boyneside while Jim Magilton was in the hot seat when the sides met at Oriel Park in April, a game that was settled by Han Jeongwoo’s winner.

The Drogs had an evening to forget on Friday as a Georgie Kelly-inspired Bohemians put five past them without reply at Dalymount Park. Despite that loss, Tim Clancy’s men have enjoyed a fine campaign to date after winning promotion from the first division. Led by former Lilywhites hero Dane Massey, they currently occupy fourth place in the table and are the Premier Division’s joint-highest scorers,

This is the first competitive Louth Derby at Head In The Game Park since June 2017 when Dundalk won 6-0. Three current squad members, Michael Duffy, Patrick McEleney and David McMillan, were all on target that day. A similar outcome would be more than welcome. 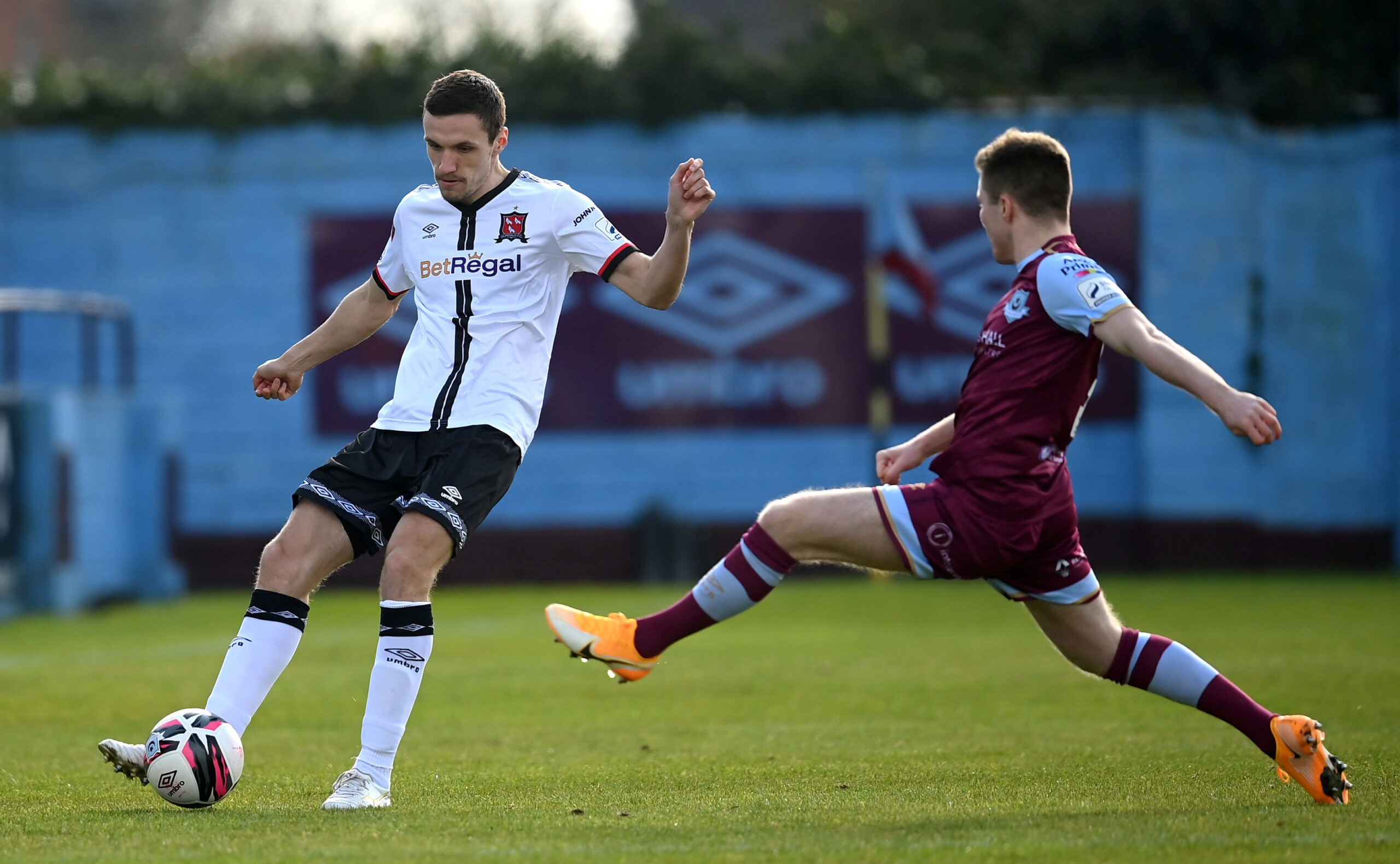 Raivis Jurkovskis of Dundalk in action against Conor Kane of Drogheda United during the Jim Malone Cup match at Head In The Game Park earlier this year. Photo by Stephen McCarthy/Sportsfile

Team News
David McMillan is back in contention after recovering from a hamstring injury but Wilfried Zahibo is still in quarantine while long-term absentees Daniel Cleary and Brian Gartland remain sidelined.