Dundalk will be hopeful of ending their six-game winless run in the Louth Derby against Drogheda United at Oriel Park on Saturday at 6pm.

You can follow all of the action on our new Match Centre feature on the Dundalk FC App. Updates get underway from 5pm.

Despite an improved performance, the Lilywhites left the Ryan McBride Brandywell Stadium on Tuesday with just a single point after a 1-1 draw with Derry City.

David McMillan gave Dundalk the lead early in the second half before a defensive mix-up from a corner allowed Cameron McJannett to poke home an equaliser. Dundalk pushed for a winner but failed to find one with Cameron Dummigan crashing an effort off the bar late on.

This weekend’s fixture will be even tougher for the Lilywhites as they go into the first Louth Derby in the league in four years. Drogheda United currently sit fifth in the table with eight points from six games. they could have more if not for the concession of two late goals in their losses to St Patrick’s Athletic and then Shamrock Rovers in midweek.

Tim Clancy’s men have impressed in their opening games, and they’ll be counting on their early season momentum to have an impact as they aim to win a Louth Derby for the first time since 2014. 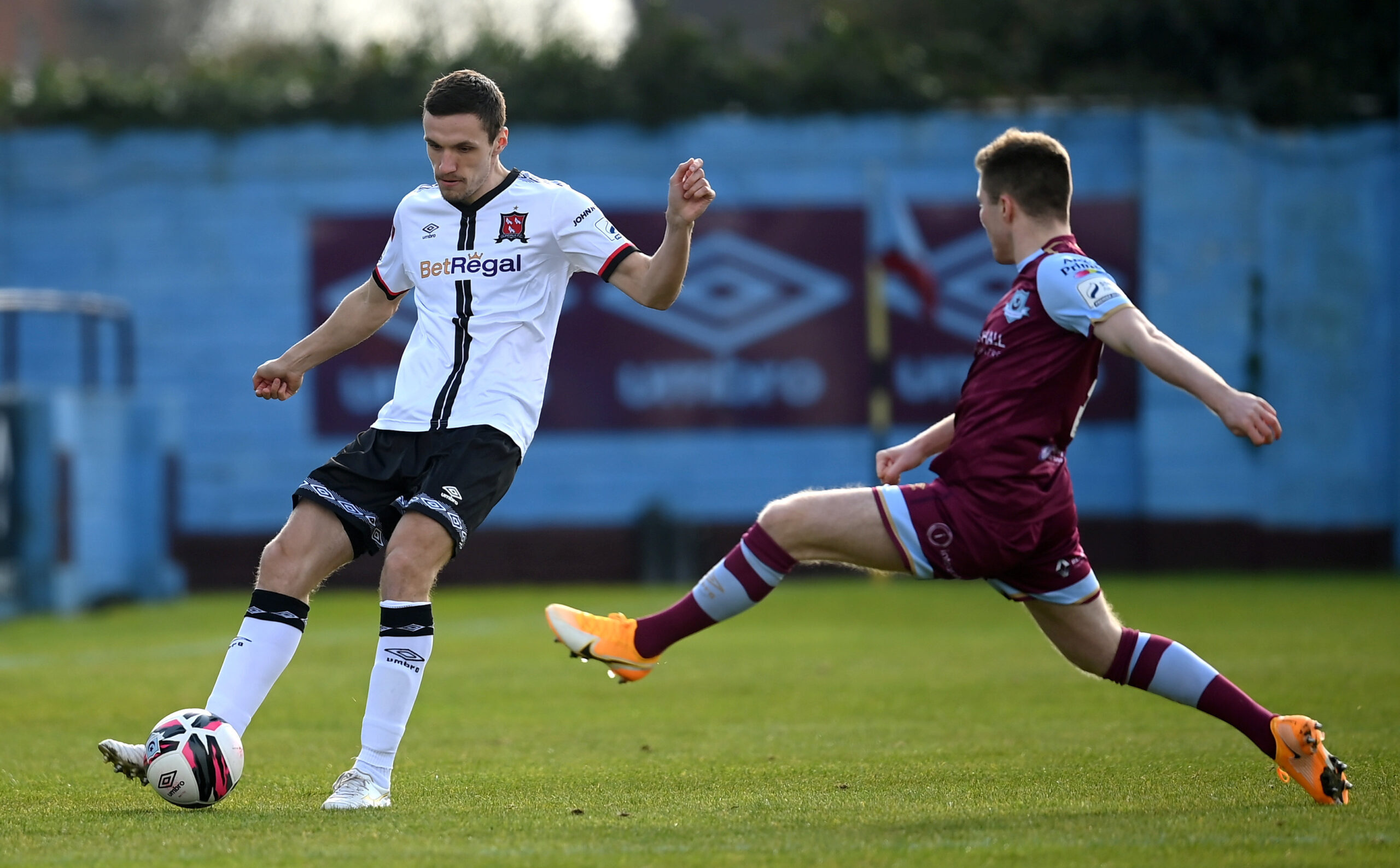 Raivis Jurkovskis in action against Conor Kane during the Jim Malone Cup match in pre-season. Photo by Stephen McCarthy/Sportsfile

Team News
Patrick Hoban will miss out with the injury that saw him limp off in the draw with Derry City on Tuesday. Sonni Nattestad is also a doubt while Brian Gartland and Daniel Kelly are out although the latter is inching closer to full fitness. 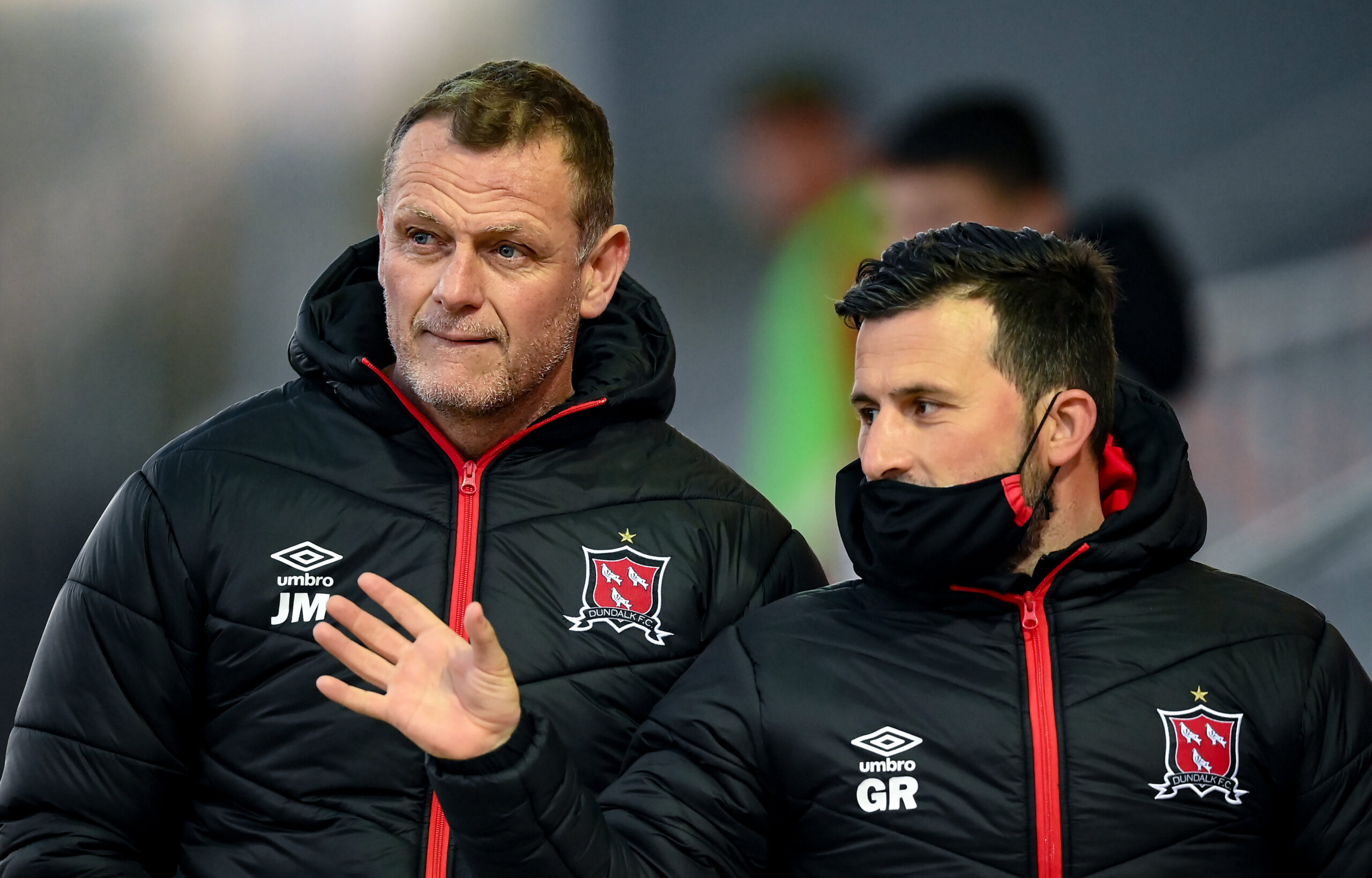 Jim Magilton and Giuseppi Rossi during the match against Derry City on Tuesday. Photo by Stephen McCarthy/Sportsfile

Jim Magilton Quotes
“We need to win games of football and we haven’t. That’s down to the quality of the opposition, who haven’t allowed us to do that, but we’ve got to rectify that come Saturday. The derby game is a fantastic game for these boys because they’ve got to raise their level and when they do raise their levels you see moments of real quality. The goal we scored in Derry was a fabulous goal, but there’s not enough of that. We haven’t kept a clean sheet and that’s also not acceptable. ‘One game at a time’ is the oldest football cliché but it’s so relevant for this group of players at the minute. The next game is the most important 90 minutes of their lives.”

Sam Stanton Quotes
“The last few weeks have been frustrating for everyone in the team, especially for me as a new player coming in. It’s not the way you want to start and it’s up to us to turn that around. I think we’re conceding sloppy goals at times and the quality in the final third hasn’t been there but in the past couple of games we’ve come away wondering how we haven’t won it.”