After facing Shamrock Rovers on Monday night, Dundalk round off a busy period with another high-stakes encounter on Friday evening when they make the short trip to Drogheda for the first SSE Airtricity League Louth Derby of the season.

The RTE cameras will be at Head In The Game Park for what will be the 168th edition of a derby that was first played back in November 1963. This will be the 98th time the sides have met in the league and Dundalk’s record in those games makes for positive reading: W53 D25 L19.

Lilywhites head coach Stephen O’Donnell played in 10 Louth derbies as a player and three of them, in particular, linger in his memory, most notably Dundalk’s 4-1 defeat against the Drogs on the opening day of the 2014 season, a campaign that ended with O’Donnell lifting the league trophy.

“It’s funny,” he smiled, “because I don’t think anyone would have said we were going to go on and win the league after that result. We actually played well and little Horgs (Daryl Horgan) had a couple of good chances on his debut. It was a bit of a freak scoreline but we still had confidence in ourselves because we didn’t play too badly.” 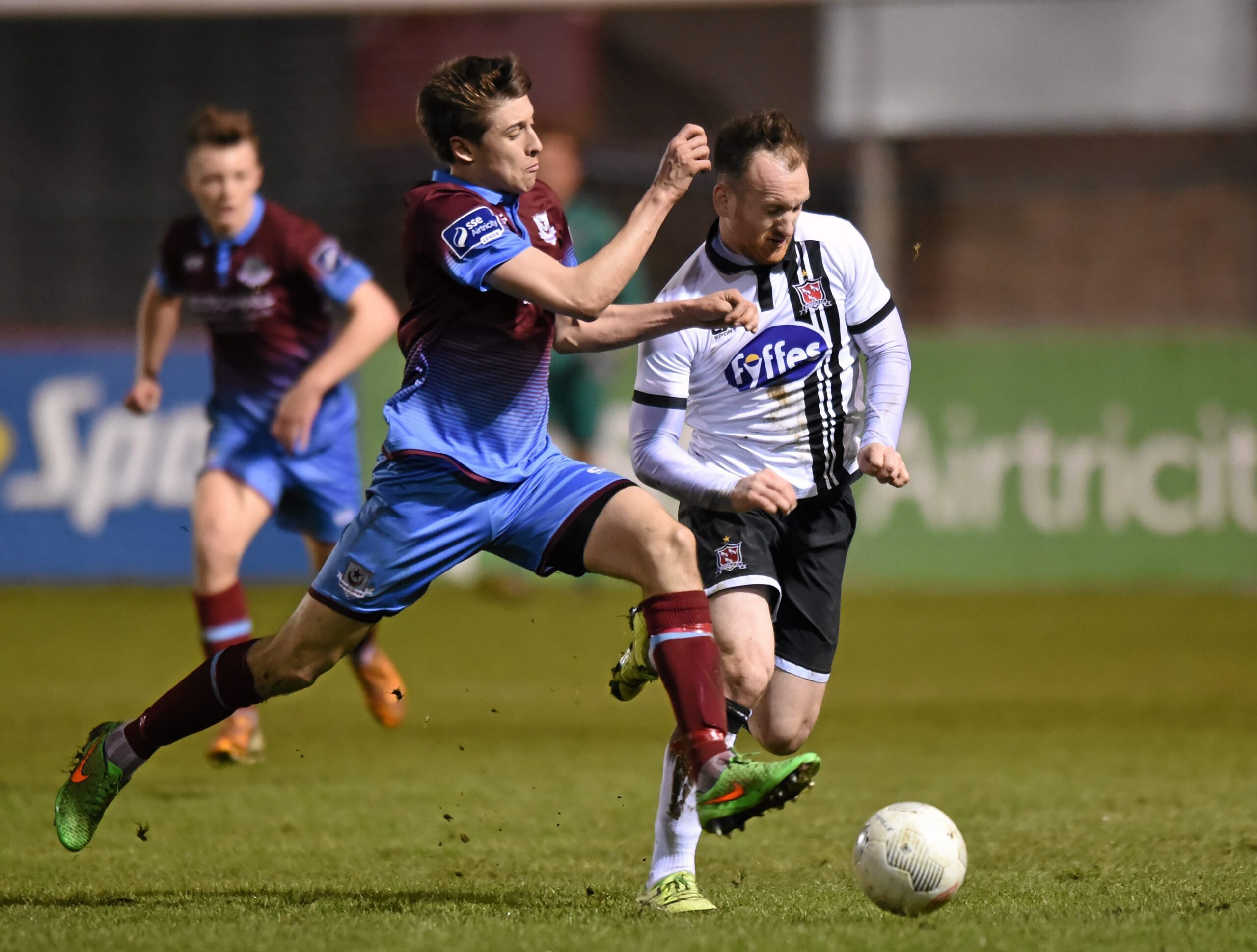 The other two also came on Boyneside, a last-gasp win over the Drogs in the double-winning 2015 season and a six-goal rout in 2017 when Patrick McEleney tore the hosts asunder.

“I remember when John Mountney scored a last-minute free-kick that took a deflection,” said O’Donnell. “He reckons it was a rocket – but it crept over the line at the death! That was 2015 and then there was the one when Thomas Byrne was sent off and we opened up and scored six. Fats scored with that amazing chip.

“That’s just three results that stick in my head,” he added. “One where we won well, one where we got beaten well and the other where we scored in the last minute. That’s the type of games that derbies are so we have to be ready for Friday night.”

Both sides go into the game on the back of some differing form. Dundalk are still unbeaten after six games – and should have more wins on the board – while Kevin Doherty’s side – who beat Dundalk in the Jim Malone Cup in early February – have won just one and lost four of their opening five games. Despite that, O’Donnell said he was wary of the threat they posed. 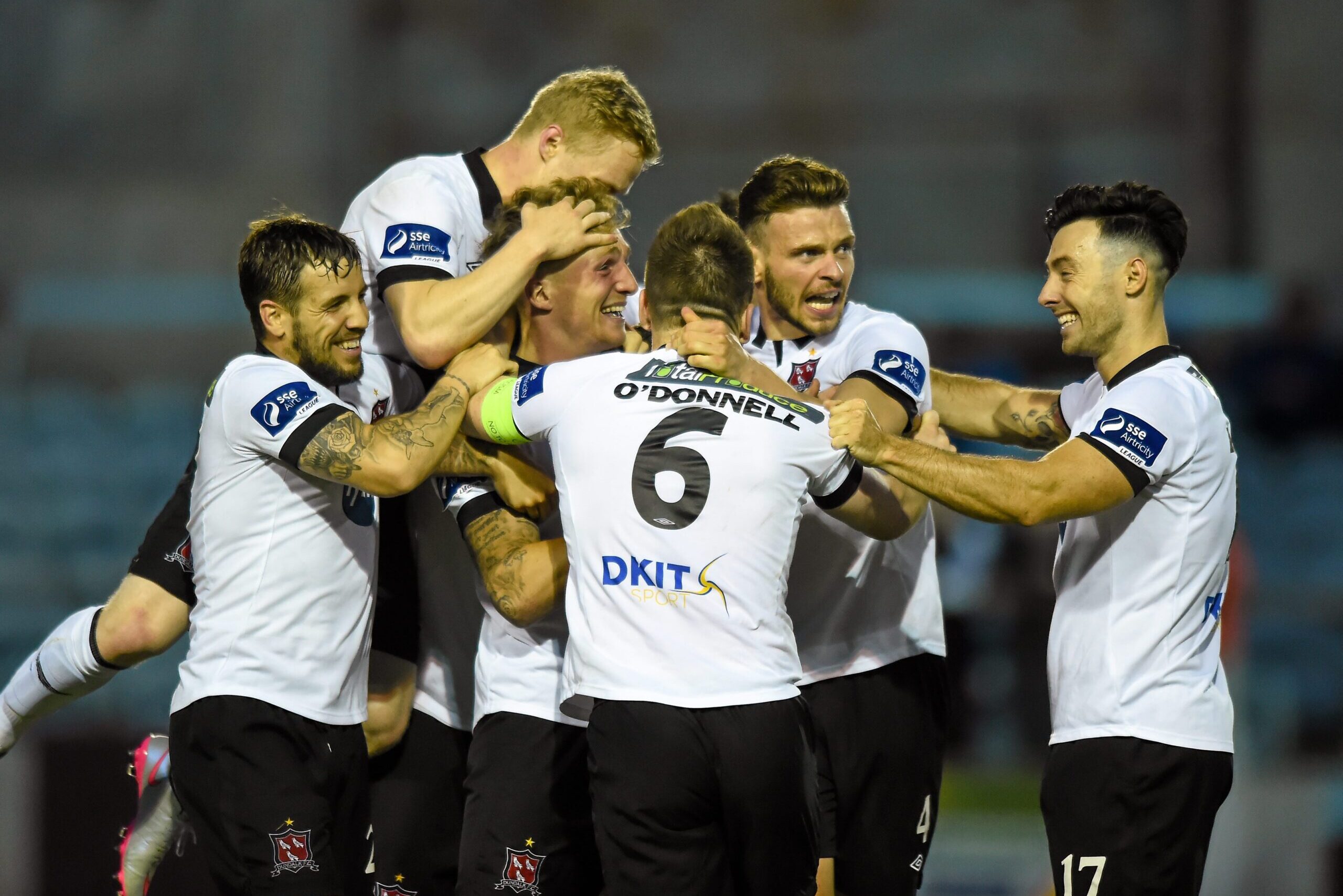 “I watched their game with Sligo last week and they found themselves 3-0 down without doing too much to be 3-0 down. They had a couple of half-chances at nil-all and they have been competitive in every game, even if some of the score lines haven’t reflected that.

“They are a good team with threats in the attacking third, as we saw in the Jim Malone Cup, and Kevin will have them ready to go. It’s a derby, it’s a tight pitch and you don’t get anything easy up there. It’s going to be a tough game but it’s a great match to look forward to.”

Friday night’s game is Dundalk’s last until April 1st and O’Donnell said he was looking forward to giving his players some respite after a hectic start to the season.

“We get a bit of a breather due to the international break and we can decompress and give lads a proper chance to rest and recover,” he said. “This will be our seventh game in the first month of the season. I don’t know anywhere else where that would happen so players need a break after that kind of schedule”

Team News
Steven Bradley returns after shaking off the quad injury that saw him miss the 0-0 draw with Rovers while Darragh Leahy returned to full training this week after missing the opening six league games with an ankle injury that he sustained against Drogheda United in the Malone Cup.