The 2022 SSE Airtricity League campaign may be approaching the final series of games but Dundalk head coach Stephen O’Donnell insists that won’t change his team’s focus over the remaining months of the season.

Dundalk play host to Finn Harps at Oriel Park on Friday night looking to regain second place in the league table after Derry City’s late win over Ollie Horgan’s men in the north-west derby last weekend saw them jump ahead of the Lilywhites.

O’Donnell, however, said that while he could fully understand pundits and supporters scrutinising results and league positions, his focus was on much simpler things.

“We have 13 games left and we are looking forward to the run-in,” he said. “Because we only have that amount of games left people might think our focus has changed but our thought process is still the same.

“If you are solely worried about league tables and results, it can get you away from what got you into a healthy position in the first place. You just need to train well and work hard. It’s that simple. You don’t need to take other stuff into account.

“Football is very simplistic and if you focus fully on your game and training then you will give yourself the best chance of finishing wherever it is in the league.

“If you worry about where you are in the league and what you need to do, are you fully focused on your training or the match? No. One comes before the other. Train well, work hard, focus on your game and the other side of it will take care of itself, not the other way around.” 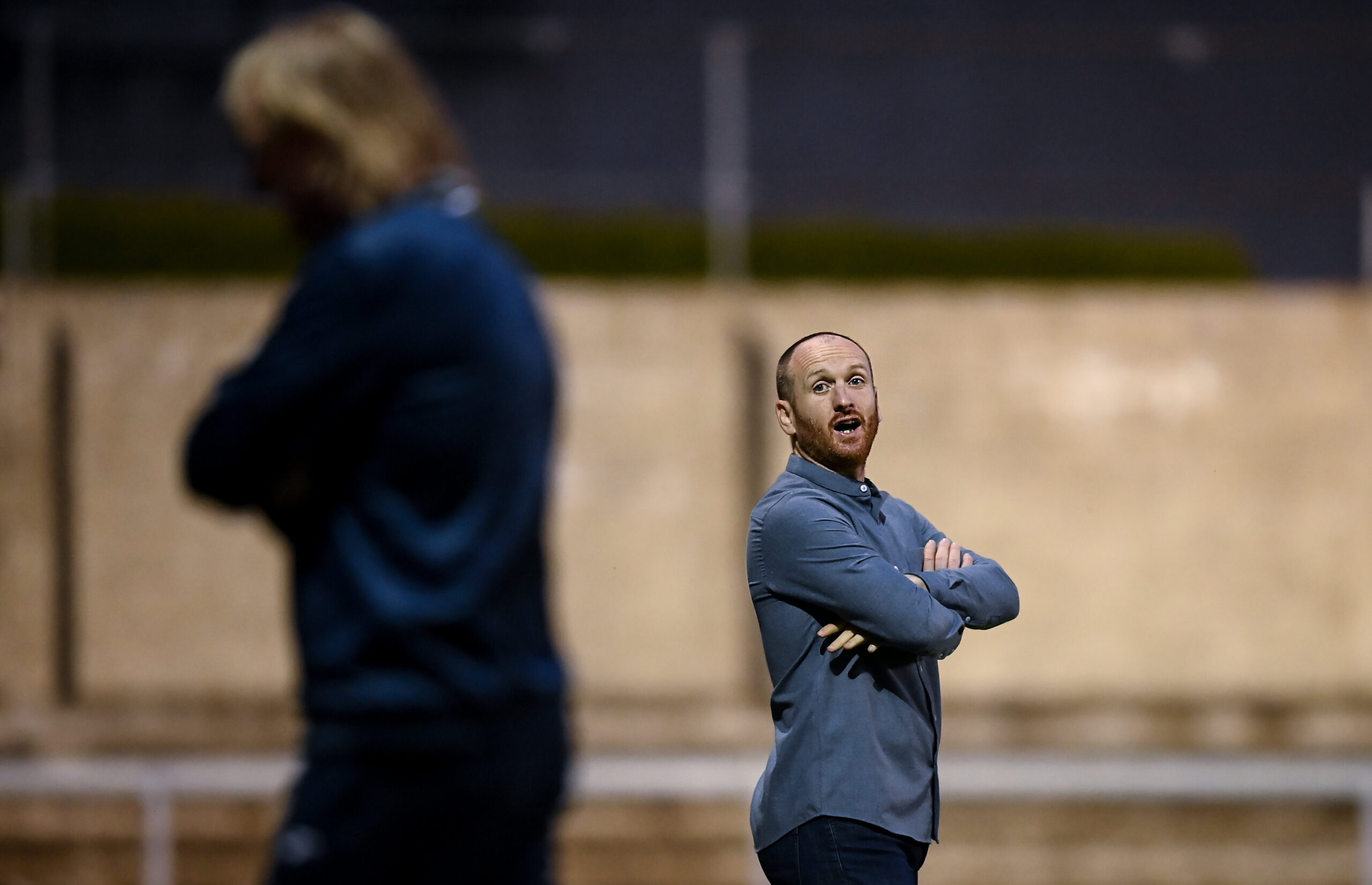 The derby defeat to Derry, coupled with UCD’s surprise win away to Sligo Rovers, means that Harps are now level on points with the Students and in a relegation dogfight. O’Donnell, however, believes that Horgan’s men still had more than enough about them to recover.

“Ollie is someone I have great respect for,” he said. “He always gets a team to show up and that, ultimately, comes from him. I’ve never played against a Finn Harps side that has a bad attitude. They’re very game, have a brilliant attitude and they are up for every match.”

“Friday night will be no different. They were very close to getting something out of the game with Derry City on Sunday and only conceded the winner in injury time so they’ll arrive here and be ready to rock.

“They’re also signed a few new players so they will add bodies and a bit of quality. New signings can give everyone at a club a pep and create a feel-good factor around the place so we’ll be prepared for what we’re up against.”

Dundalk have lost just one of the last 21 meetings between the sides, a 2-1 defeat at Oriel Park last season, and have won both matches against Harps this year. Steven Bradley (2) and Sam Bone were on target in a 3-0 win at Oriel back in February while Daniel Kelly scored the only goal of the game at Finn Park in May.

Keith Ward provided the assist for Kelly’s winner in that game and after losing to Drogheda United and drawing at St Patrick’s Athletic in their last two outings, he said that Dundalk needed to show more quality in the final third if they are to get back to winning ways.

“If they come and sit off us, it might take a good pass to unlock the door,” he said. “We have the quality to do that but it’s probably something haven’t done enough in the last few games. It is something we need to look at.”