Dundalk and Finn Harps do it all again tonight in the extra.ie FAI Cup quarter-final replay at Oriel Park following a thrilling 3-3 draw in Ballybofey.

Dundalk looked set to book their place in the last four on Friday night at Finn Park when Patrick Hoban netted a brace and Sean Murray added to it to give the Lilywhites a 3-1 lead after Tunde Owolabi put Harps in front. However, a late double from Sean Boyd secured a 3-3 draw for the Donegal men.

This will be the fifth encounter between the sides this season with Harps winning the first at Oriel back in March and Dundalk winning the most recent here 2 months back. The other two have ended in draws, both in Ballybofey.

Vinny Perth’s men will be looking to taste victory at Oriel Park for the first time since incidentally defeating Harps which was back in July in the league.

The last time the sides met at this stage of the competition was in 2002 and it also required a replay with Dundalk coming out the right side of it on their way to lifting the trophy.

Dundalk qualified for the last eight by defeating First Division outfit Treaty United and then Leinster Senior League side St. Mochta’s. A win tonight would be a seventh consecutive FAI Cup semi-final. The Lilywhites have indeed reached the final every year since 2015. 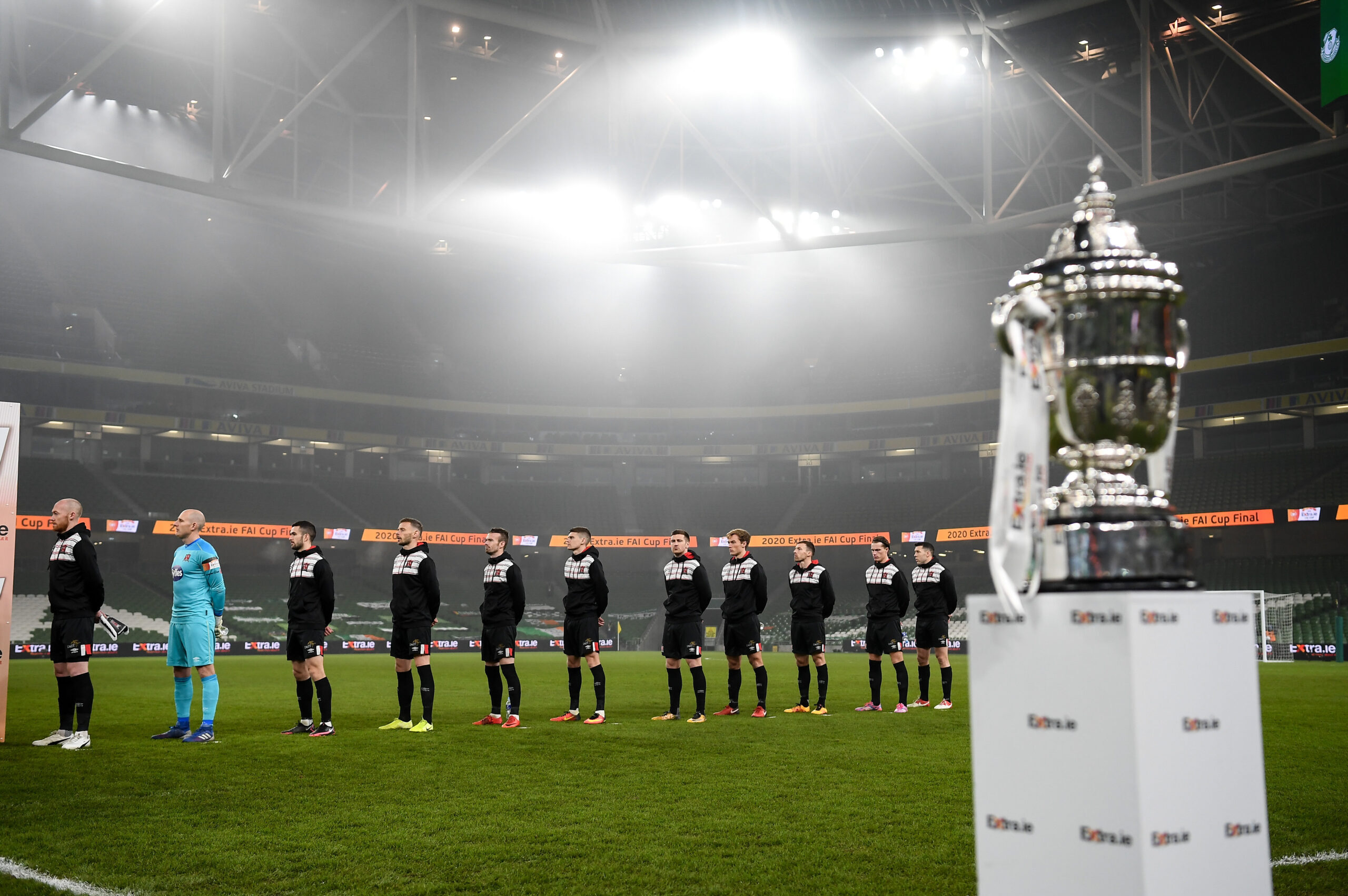 Dundalk players ahead of the Extra.ie FAI Cup Final match between Shamrock Rovers and Dundalk at the Aviva Stadium in Dublin. Photo by Stephen McCarthy/Sportsfile

Ticket News
Tickets are available to buy at this link. Tickets will be available at the gate however we are asking supporters to arrive in plenty of time at the ground to avoid delays.

Team News
Patrick McEleney, David McMillan, Brian Gartland,  Wilfried Zahibo and Cameron Yates remain on the injury list where they are joined by Cameron Yates. Han Jeongwoo misses out also through an additional suspension which he picked up for his red card against Longford Town last week. In better news, Darragh Leahy made his return to action from an ankle injury in the drawn game on Friday.