Dundalk will renew rivalries with Levadia Tallinn when the teams meet in the second qualifying round of the UEFA Europa Conference League at Tallaght Stadium on Thursday night.

The match will be streamed live on LOITV.ie. You can buy a match pass for just €10. The kick-off is at 8pm. You can also follow the action on the Dundalk FC social media channels.

Vinny Perth’s men go into the game on the back of three successive victories. After winning both legs of the first qualifying round tie with Newtown AFC, Dundalk recorded a 1-0 victory against Finn Harps on Saturday afternoon. The Lilywhites will also be backed by 1,000 supporters who have been permitted to attend the game in South County Dublin.

Levadia Tallinn have made the trip to Ireland in excellent form themselves. The Estonians, who operate under joint head coaches Marko Savic and Vladimir Vassiljev, currently sit top of their domestic Meistriliiga table, four points clear of Flora Tallinn, and are unbeaten in eight games in all competitions, including a victory in the Estonian Cup final in late May.

This is the seventh time that Levadia have met League of Ireland opposition in Europe. In 2018, they met Dundalk in the first qualifying round of the Europa League when Michael Duffy’s stunning second-leg volley helped Dundalk to a 3-1 aggregate victory. 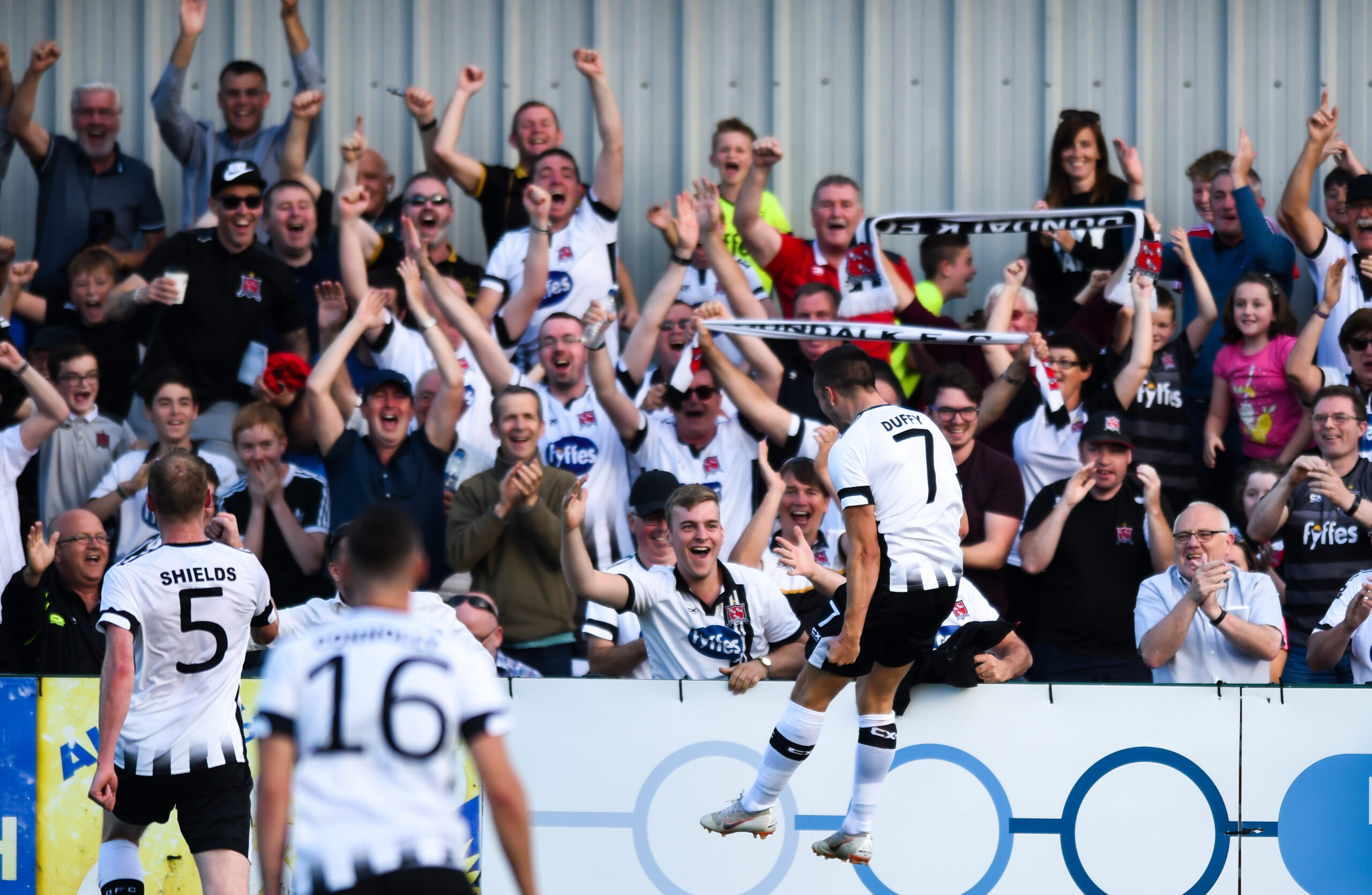 Quotes | Dundalk FC striker David McMillan
“Levadia seem to be a good attacking team who are scoring a lot of goals in their league and obviously winning a lot of games, they seem to be quite an aggressive side.

“We’re at home on Thursday, we want to try and win the game and give ourselves a good chance to progress. Being at home we will try and go out there and have a go. From what we’ve seen, they will do something similar, they set up to attack and to try and score goals so it should be quite an open game.”

Quotes | Levadia Tallinn head coach Marko Savic
“We have already analysed Dundalk and we have already played with them so we know exactly what to expect. When I think of our last game in Ireland, we lost 2-1, but we played very good football. There should be an equal game and I think we are better prepared than last time. We have more depth and shifts, we have good momentum.

“I believe they respect us too and all the clubs know that we can play and we have a good momentum inside. I believe that it will be an equal and fighting game. We have our own ideas on how to play with them. I believe we have every opportunity to get to the next round.”