Dundalk play host to Longford Town in the first round of the Extra.ie FAI Cup on Friday night with John Mountney hoping to take his first steps to an eighth successive final!

The Boy from Bohola helped Dundalk to the Aviva Stadium on six consecutive occasions between 2015 and 2020 and, although he missed the game through injury, was an influential member of the St Patrick’s Athletic squad that won the trophy in 2021.

In an interview where he also discussed his return to competitive action at Oriel Park, and his hopes for the remainder of the campaign, Mountney said

“It’s the best day out for players, fans and their families and friends. As a club, We have some great memories in cup finals and we’ll be looking to build a run.

“Like that, we always know there is never an easy game. Longford will be a tough game. We have done our video and homework on them and we just need to take one step at a time.”

Mountney played in Dundalk’s FAI Cup semi-final win over Longford at Oriel Park back in 2015, a year that the Lilywhites went on to lift the trophy thanks to a Richie Towell strike against Cork City.

He was also a winner in 2018 when Patrick McEleney’s header beat the Leesiders in the decider again and also in 2020 when David McMillan’s unforgettable hat-trick saw off Shamrock Rovers in the ‘COVID cup final’ but he said the pain of losing to Cork City in 2016 and 2017 and Shamrock Rovers in 2019 lingered more than the euphoria of winning.

“We were lucky because we won leagues but we never really got to celebrate them because we had cup finals around the corner,” he explained. “If you lose your cup final, you nearly go out on a low, even though you’ve won the league, and it leaves a bitter taste in your mouth over the off-season.” 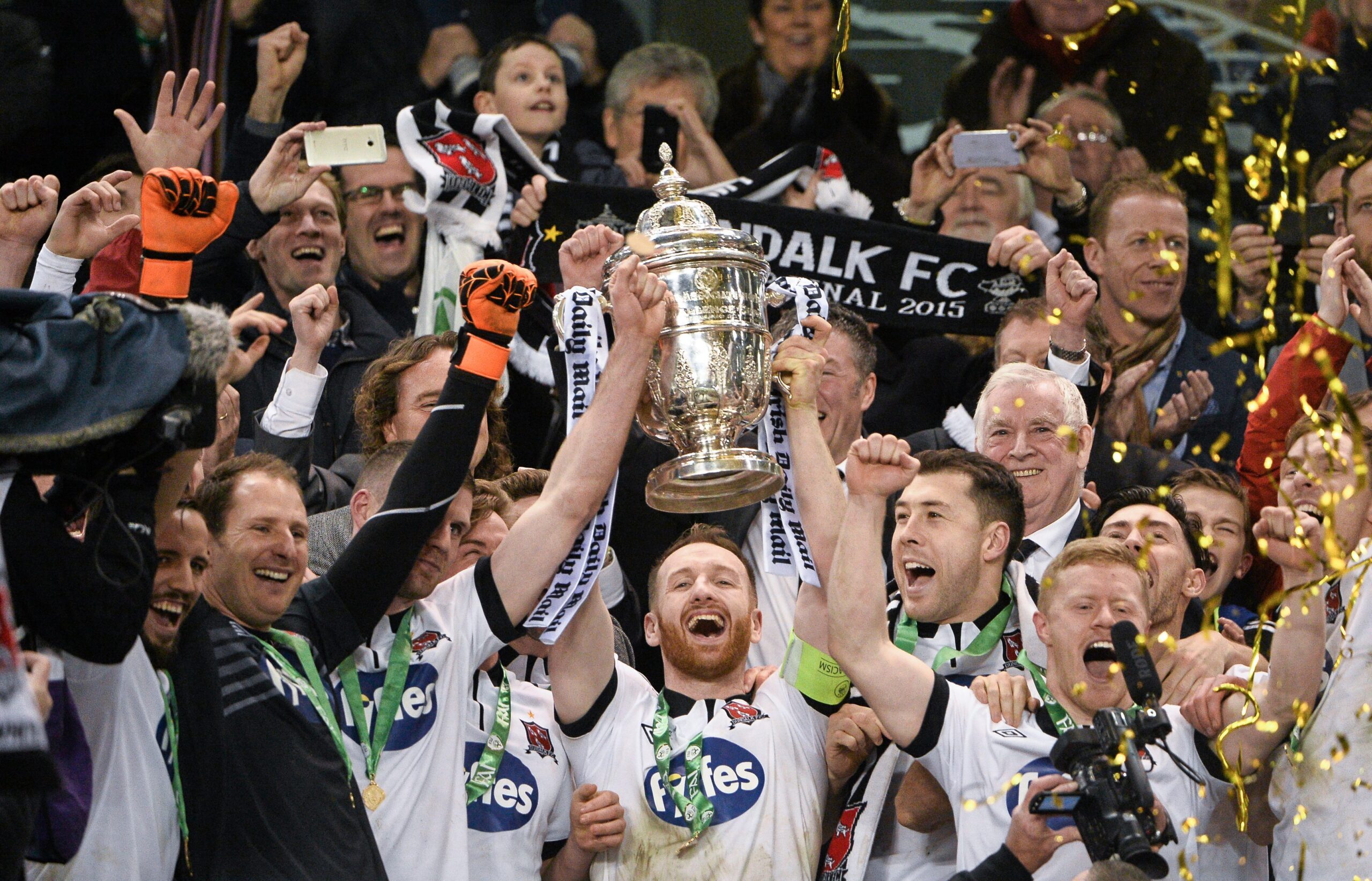 As a player, O’Donnell played in three cup finals for Dundalk and he said he would love nothing more than to see the Lilywhites back at the Aviva Stadium in November.

“The FAI Cup always brings a bit of excitement to a club,” he said. “The supporters all start dreaming of a day out at the Aviva Stadium at the end of the season and the players and staff are no different.

“This is our first hurdle and we will do our utmost to get over it. We have four games to get to the Aviva and that’s our aim.”

Longford Town currently sit fourth in Division One and O’Donnell said that Dundalk would not be taking the challenge of Gary Cronin’s side lightly.

“We could have got an easier tie in the first round. Longford are a good team with some good players and on their night they can hurt you so we will need to be on our full mettle to get the result and go through.

“They beat Galway United a few weeks ago and they beat Waterford at the RSC last weekend so that shows you the level they are at. They have good individuals and as I have told our lads all season, if we drop our levels we are vulnerable.”

New signings Runar Hauge, Alfie Lewis and Robbie McCourt met their new teammates on Thursday morning and O’Donnell said he was hopeful of having them involved against the Midlanders.

“We’ll have a look at them,” he said. “It’s been a hectic couple of days getting them in and we will have to see where they are all at before we make a decision.”