Dundalk are on their travels in Europe for the first time since December 2020 this week as they make the short trip to Wales to take on Newtown AFC on Tuesday, July 13th in the Europa Conference League First Qualifying Round second leg.

The match will be streamed live on LOITV.ie. You can buy a match pass for just €10. Kick-off is at 5:45pm. You can also follow the action on the Dundalk FC social media channels.

Vinny Perth’s side will come into the game in good spirits, having all but secured passage to the second qualifying round with a 4-0 win at Oriel Park last Thursday. However, the players will be aware that there is still a job to do, and that there is no room for complacency in European competition.

For Newtown, it’s a difficult task, as they gave their all in the first leg without getting any kind of reward for their hard work. They will be determined to give a good account of themselves at home come Tuesday evening, and will be hopeful of getting something from the game. 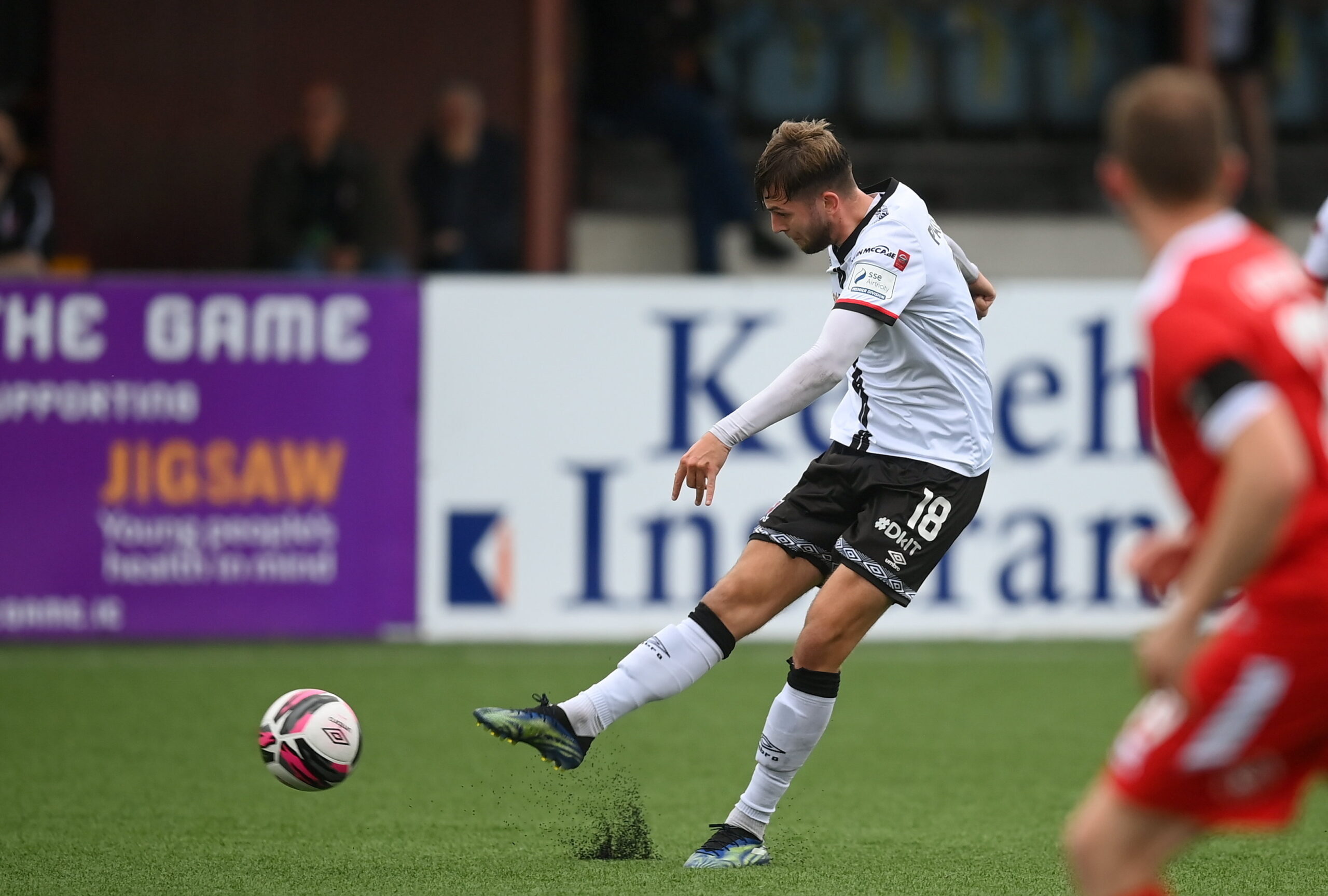 Will Patching shoots to score the third goal of the game last week. Photo by Stephen McCarthy/Sportsfile

Brian Gartland and Daniel Cleary are long term absentees. Greg Sloggett is a doubt due to a back problem. Patrick Hoban, Sean Murray and Cameron Dummigan will all miss out. 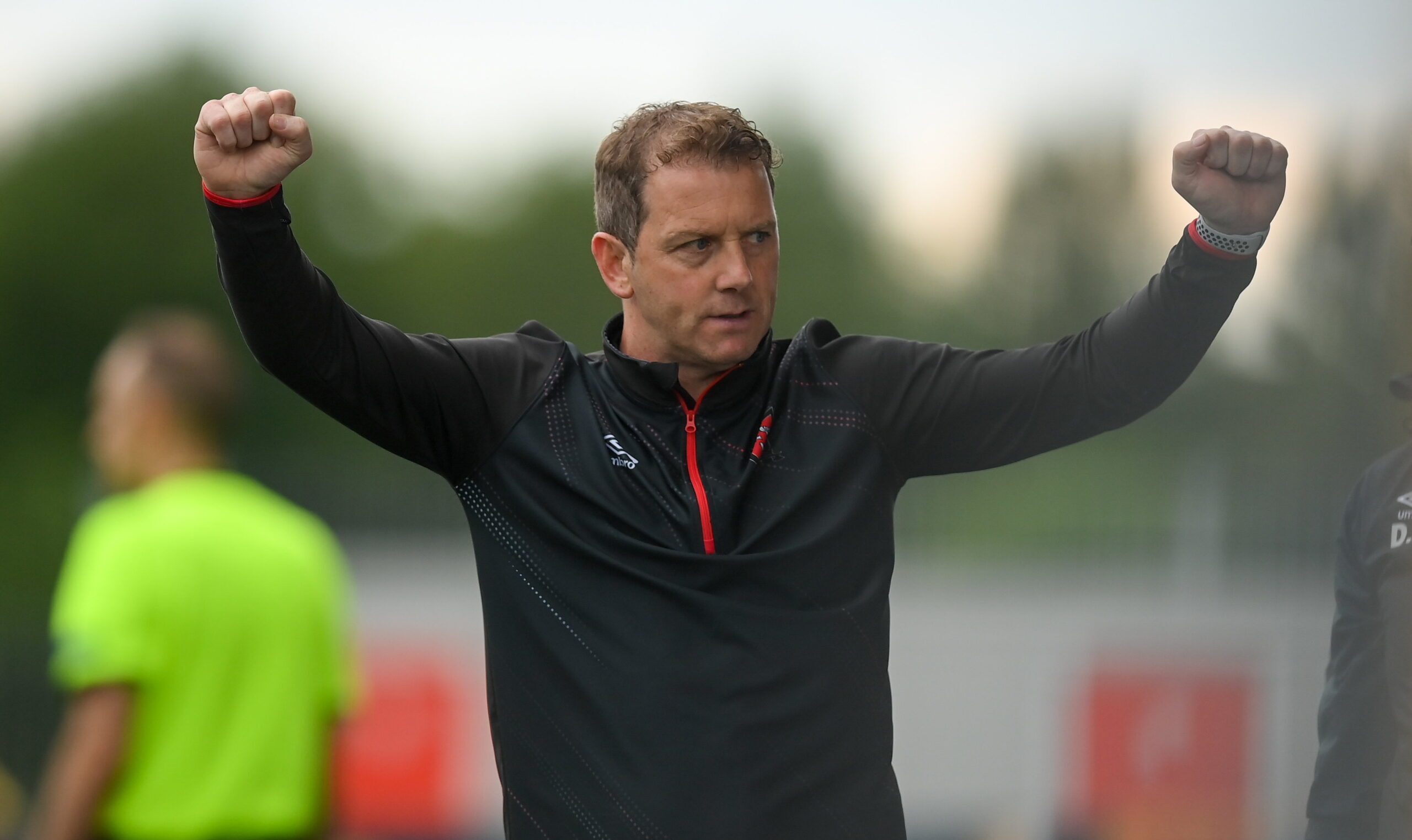 “It’s been a bit of a rollercoaster two years for me. Last year I was in and out of the team, but since I’ve come back I think I’ve found my feet and hopefully I can kick on now.

“I enjoyed Derry, it gave me a platform and regular minutes which is what I needed so hopefully I can carry that on here.

“It was a good performance on Thursday but we’ve still got the second leg to play. We’re fully focused on the game and we’ll be wanting another win.”

“We are operating off the same squad as last week. We are down six senior players at the moment but we have a nice blend of experience and youth. It’s a good balance.

“There’s a great mood in the camp, there’s a great vibe the past few weeks. We are here for serious business, we are looking forward to the game tomorrow and we are aiming to get the win.”