Dundalk are on the road again on Friday night when they travel to Tallaght Stadium to take on Shamrock Rovers in the SSE Airtricity League Premier Division.

The match will be streamed live on LOITV.ie. You can buy a season pass, which enables you to watch every SSE Airtricity League game, for just €79 or a match pass for just €5. Kick-off is at 8pm. You can also follow the action on the Dundalk FC social media channels and our Match Centre on the Official Dundalk FC App.

After victories over Drogheda United and Derry City, the Lilywhites go into the game on the back of successive league wins for just the second time this season and will be looking to maintain a three-game unbeaten run since Vinny Perth’s return. Last week’s 2-1 win over Derry City lifted Dundalk into sixth place, just three points off the top four and 11 behind the Hoops.

After winning just two of their last five games, Rovers find themselves in a bit of a sticky patch. Their drop in form has allowed those behind to close the gap on the reigning champions and Stephen Bradley’s side now find themselves level on points with both St Patrick’s Athletic and Sligo Rovers.

Graham Burke misses out through suspension but Rovers are able to call on the services of former Dundalk-hero Richie Towell who has completed his move back to Ireland from Salford City.

A crowd of 1,000 will be allowed through the turnstiles with 100 of those cheering the Lilywhites on to what will, hopefully, be another night to remember in South County Dublin. 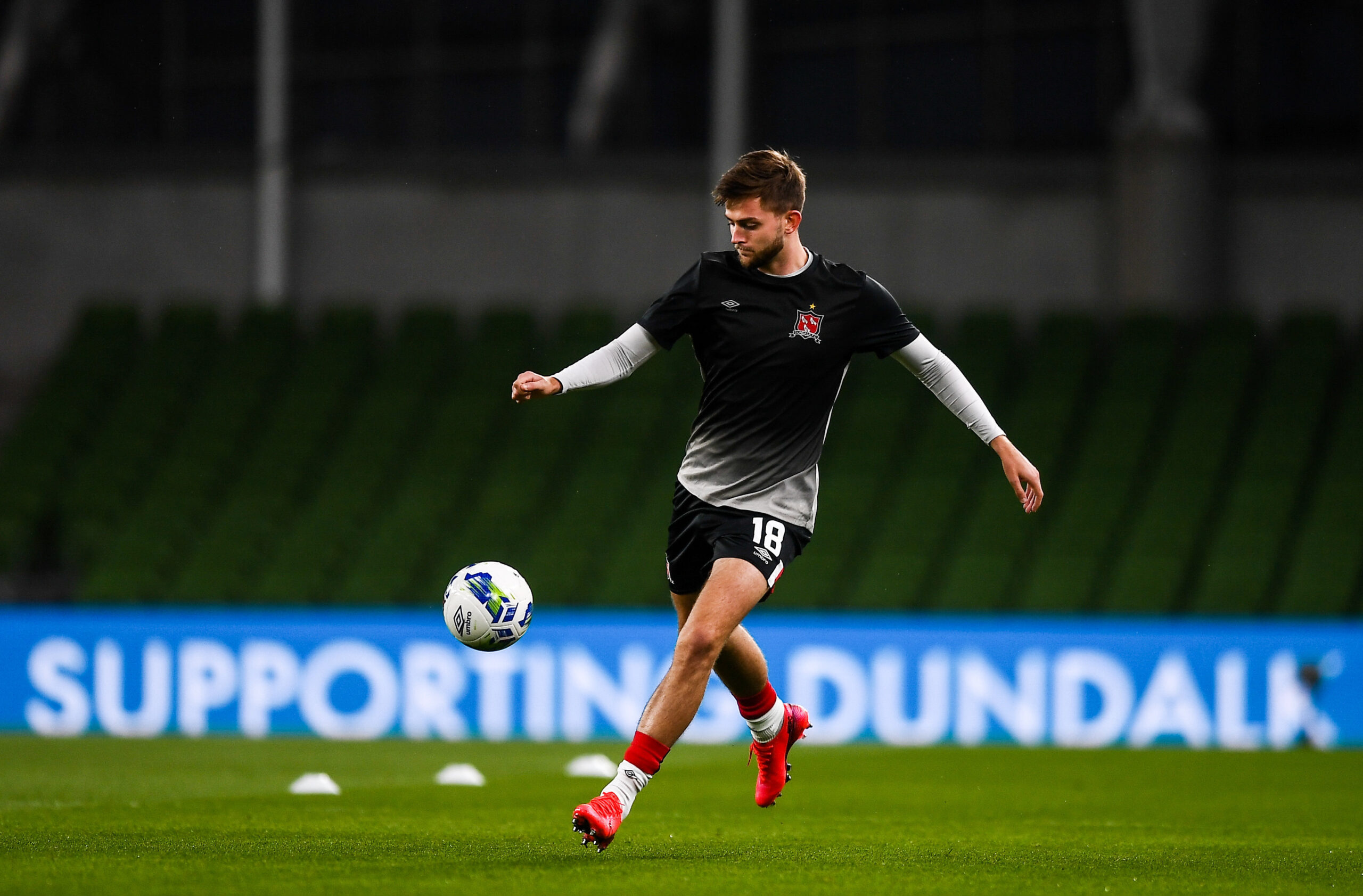 Will Patching is back from his loan spell at Derry City. Photo by Ben McShane/Sportsfile

Team News
There are doubts over Andy Boyle, who had a medical procedure earlier in the week, and Sonni Nattestad (back) but Wilfried Zahibo and Will Patching are both available after returning from quarantine and loan respectively. Long-term absentees Daniel Cleary and Brian Gartland miss out. Junior Ogedi-Uzokwe completed a loan move to Derry City on Thursday.

Will Patching Quotes
“I enjoyed it at Derry. Declan Devine and Ruaidhri Higgins gave me the freedom to play and I got a good run of games under my belt. I feel fitter and stronger and it’s what I needed for a couple of years now. I’m excited to be back now and I just want to carry on where I left off and play as many games as I can and chip in with as many goals and assists as I can.”