Stephen O’Donnell is looking forward to testing his wits against another old friend when Dundalk play host to Sligo Rovers at Casey’s Field on Friday night.

O’Donnell and Bit o’Red manager John Russell both hail from Galway and after regularly playing against each other at schoolboys and League of Ireland level for many years, the Lilywhites head coach said it was somewhat inevitable that they would end up in opposition dugouts!

“Myself and John go back a long way and our paths have almost been interlocked since we started playing,” he said. “He’s a year older than me but we would have played against each other in Galway all of the time on rival club teams and we played with each other for the county team.

“When I came back to the League of Ireland I played against him lots of times – but we never played together. We were always opponents – and it’s no different now on the managerial side!

“It’s quite funny when you think that you played against somebody at U10 level and now you’re managing against them in the League of Ireland.

“I suppose it’s typical of the league at the minute. There are lots of young managers and I think that’s a good thing. We all have lots to learn and lots to prove so there’s a hunger there.

Russell’s side, who have had two weeks to prepare for the game, occupy fifth place and have no chance of breaking into the top four but O’Donnell said that Dundalk were well aware of the threat that they could cause. 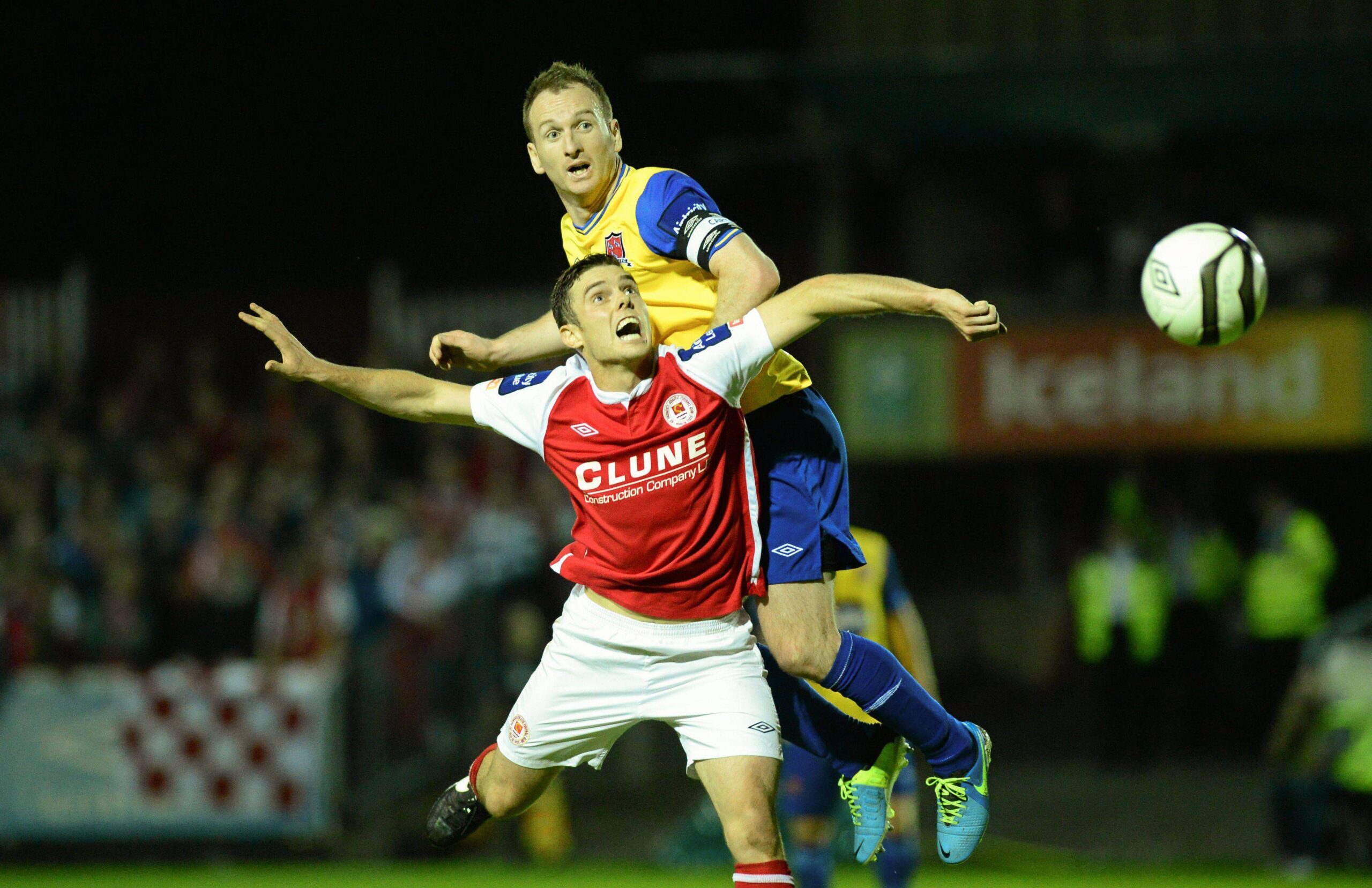 2013; John Russell and Stephen O’Donnell battle it out during their playing days the SSE Airtricity League Premier Division game between St Patrick’s Athletic and Dundalk at Richmond Park.

“They have good individuals and we’ll have to be on our mettle,” he said. “Our previous three games against them this season have been quite even and they are a very capable team, as their results in Europe over the summer showed. In Aidan Keena, they have the top scorer in the league and they carry a threat going forward.

“From our point of view, we want to build on last week’s good win against Finn Harps in Ballybofey. The first half was one of our most purposeful performances away from home. We did what the game demanded, we won our duels, we were physical and we carried an attacking threat.”

That win over Harps maintained Dundalk’s one-point lead over fourth-placed St Patrick’s Athletic. With just three games remaining, the Lilywhites are on course for a top-three finish and O’Donnell said qualifying for Europe would give everyone at the club a massive boost going into the winter.

“We have only two home games left and it’s nights like Friday and then Friday week against Bohemians that will hopefully set the boundaries down for really special nights in Europe next summer,” he said.

“That’s where we want to go and, in my mind, I think that would be an exceptional season. This year was about consolidating and getting Dundalk Football Club back on an even keel.

“We’ve done that and if we can end the season with a place in Europe it would be tremendous so we’re going to need everyone behind us over the next few weeks.”