Dundalk will be looking to build on a five-game unbeaten run when they host Sligo Rovers in Friday night’s televised clash at Oriel Park.

You can follow all of the action on our new Match Centre feature on the Dundalk FC App. Updates get underway from 6:45 pm.

The Lilywhites snatched a draw against Longford Town at Bishopsgate in a tough encounter at Bishopsgate on Monday. The home side sailed into a two-goal lead within the quarter-hour after two defensive errors but Dundalk recovered through Junior before a late strike from captain Chris Shields salvaged a point.

The Bit o’Red have enjoyed an excellent start to the season and find themselves in third place with 16 points from the opening nine games. Liam Buckley’s men have lost just once this season, however, they’re currently on a three-game winless run, after their loss to Derry City and subsequent draws with Drogheda United and St Patrick’s Athletic.

Having lost both meetings between the sides in the league last season, Dundalk will be hoping for a change of fortunes in front of the RTE cameras and a win for the Lilywhites could see them move into fifth place and within three points of the European places if results go elsewhere on the night.

Team News
David McMillan, Patrick Hoban, Brian Gartland, Sonni Nattestad and Sam Stanton are all out but Han Jeongwoo is back in the squad after coming through training on Thursday. 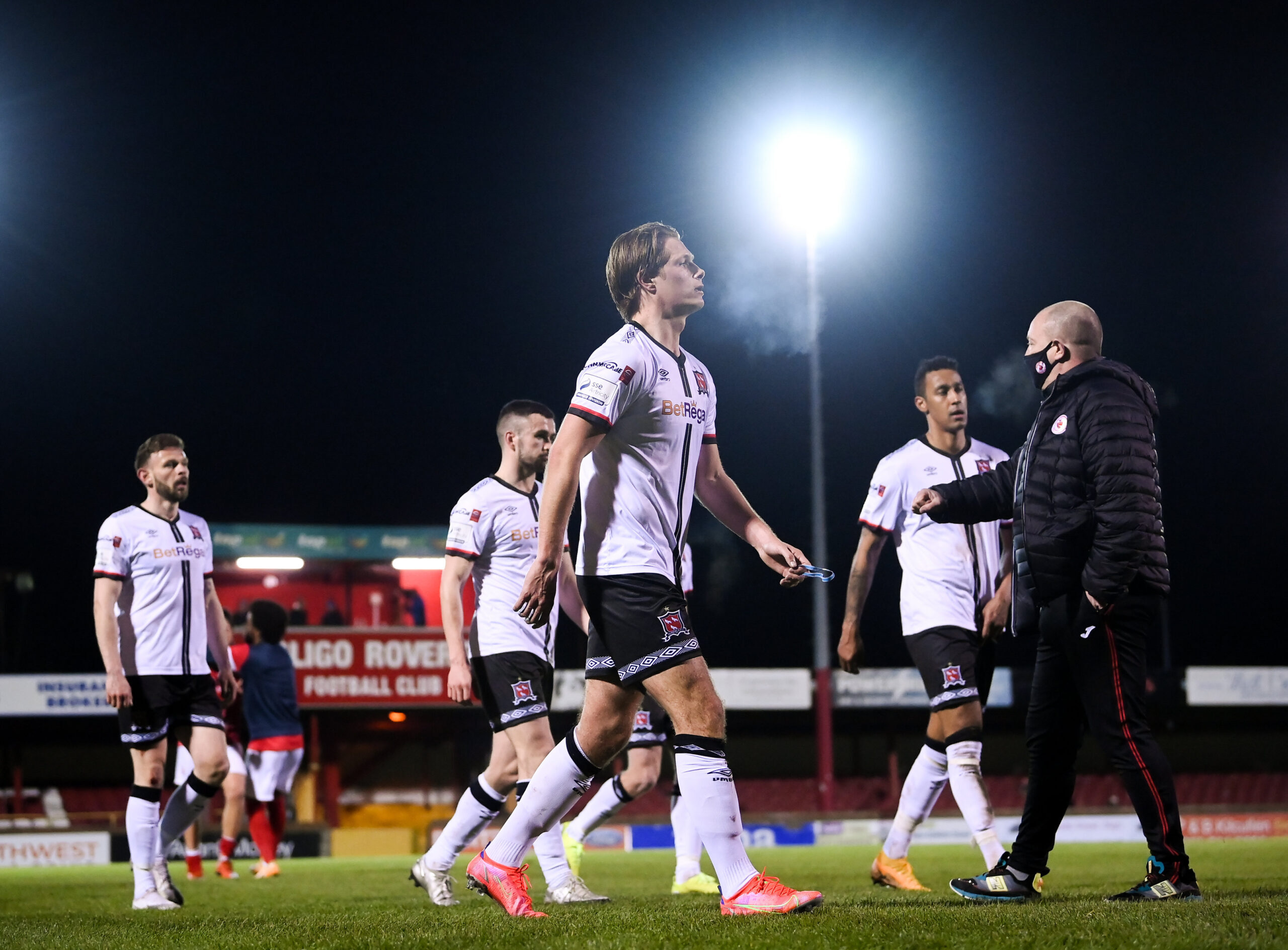 Daniel Cleary and his Dundalk teammates leave the pitch after the 1-1 draw with Sligo Rovers at The Showgrounds in March. Photo by Stephen McCarthy/Sportsfile

Jim Magilton Quotes
“Sligo are a well-balanced team. They’ve got a real threat, they’ve got good footballers who know the league, they’re very experienced, they’ve got pace and they’re going to be a threat. It’s as simple as that but we are relishing the opportunity to play them and hopefully, we’ll present ourselves.
“The bare minimum for us this season is Europe and the bare minimum for us is to win games of football. You’ve seen the success this club has had, a lot of the players are still here, and now it’s a different challenge for them. The bottom line is, they have to win this game and they’re aware of that. End of story. I don’t care how they win it, they just need to win it!”

Daniel Cleary Quotes
“We haven’t kept enough clean sheets this year, I think we’ve kept one in nine, so in the second series of games, we’ll definitely be looking to improve that. I think that would boost the confidence.
“We got the two wins on the bounce against Drogheda and Waterford but the draw in Longford took it out of us but we’ll be looking to bounce back tomorrow.”