Dundalk head coach Vinny Perth believes that some home comforts will pull the Lilywhites clear of the relegation playoff in the final three weeks of the season.

Monday night’s 1-0 defeat to St Patrick’s Athletic extended Dundalk’s winless run on the road to 10 matches in all competitions and leaves them seventh in the table, level on points with Waterford, who visit Oriel Park this evening.

In contrast, Perth’s men have won five games on the spin in front of the Dundalk fans and with three of their remaining four league fixtures – Waterford, Longford Town and Derry City – at Oriel Park, Perth is backing his players to ease any fears about being sucked into a playoff.

“We have a great record at Oriel Park since the fans have been allowed back in and despite everything that has been going on around the club, I think you can see that there is a real bond between the team and the supporters.

“Three of our last four games are at home and if we get the same kind of support that we’ve had in recent games here, then I’ve no doubt we’ll be okay. We have the best fans in the league and I’m sure that they’ll play a part again on Friday night.”

Reflecting on Monday night’s 1-0 loss at Richmond Park, Perth said that Dundalk paid the price for sloppiness at both ends of the park.

“We have conceded too many soft goals,” he said. “It was too easy for Billy King to get his shot off and that wasn’t good enough. It was one of the few shots that Pat’s had all game whereas their goalkeeper played really well. We created a lot of good chances but we just didn’t take them and that cost us.

“We also had Will Patching’s goal disallowed. Greg Sloggett went up for a header and landed on the ground. When he stood up, the ball went into the other corner of the net but the linesman said he was interfering with play. It’s easy to be critical of referees but things just aren’t going for us at the minute.”

That result, coupled with Waterford’s 2-1 win over Bohemians at Dalymount Park, means that both sides go into this evening’s game level on 39 points, one ahead of second from bottom Finn Harps, although Dundalk have a better goal difference.

“People were talking after the game the other night about Waterford beating Bohemians but I genuinely don’t care about other results,” said Perth added.

“It’s about what we do and if we end up in a relegation playoff, that’s what we deserve as a club but the players don’t deserve it. They don’t deserve what has been thrown at them. I’m not having it and I have to help them as best I can.

“We have four big games coming up and if we do our business right, we’ll be okay. It’s not a good situation to be in but the players will fight for the jersey and they will continue to do that until the end of the season.” 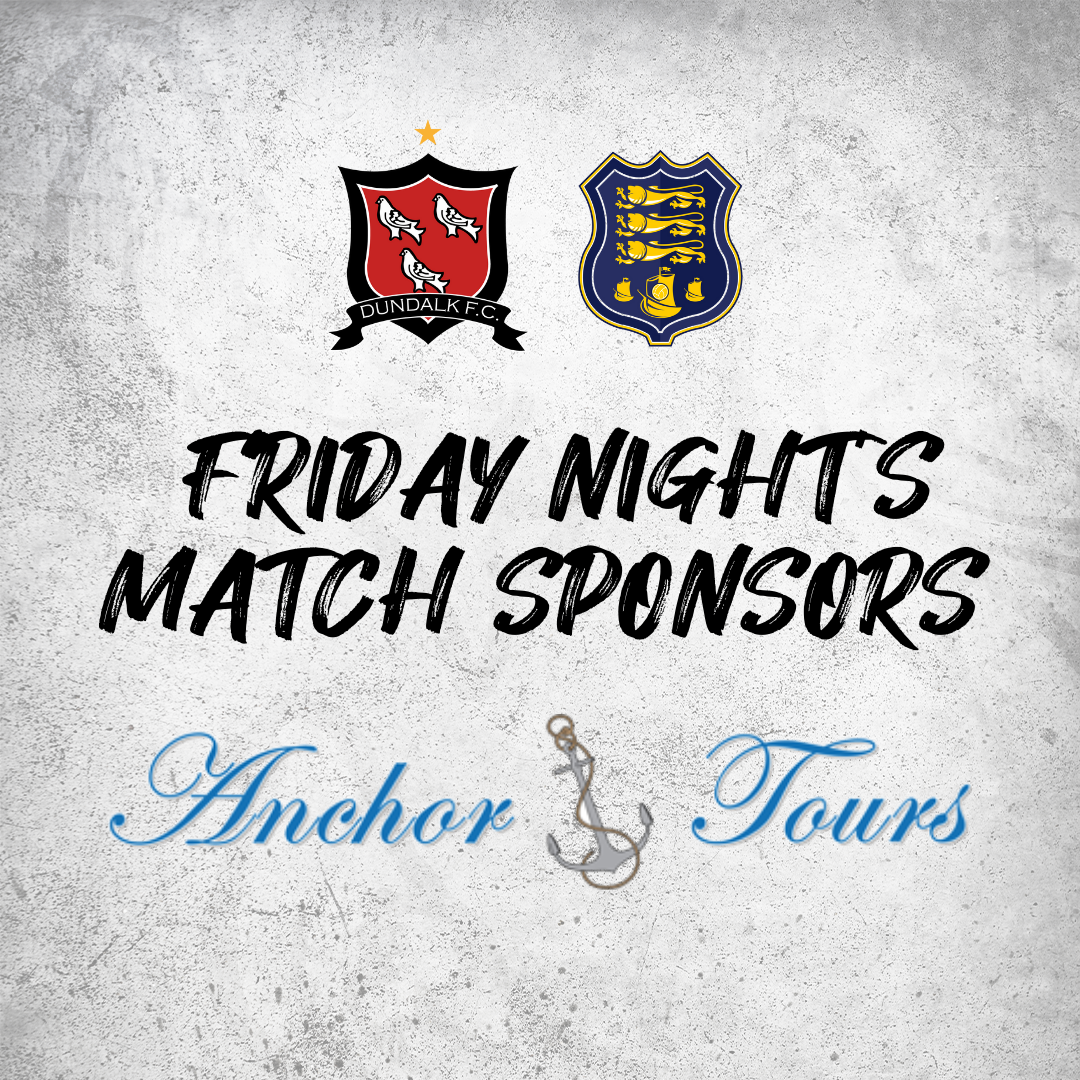 Match Sponsor
Tonight’s game is sponsored by Anchor Tours, a coach company based in Dundalk with almost 50 years of experience in the coach and bus hire industry. You can visit their website here.

Team News
Patrick Hoban is in the frame again after missing Monday night’s loss to St Patrick’s Athletic with a knock while Daniel Cleary returns from suspension. Brian Gartland, Patrick McEleney and Wilfried Zahibo are all making good progress from their respective injuries but are still unavailable.

Lilywhite Lounge and Enda McGuill Suite
The Lilywhite Lounge and Enda McGuill Suite will both be open ahead of Friday night’s SSE Airtricity League Premier Division game with Waterford FC at Oriel Park.
Both bars will be in operation from 6pm ahead of kickoff at 7.45pm. A cash-only service will be in operation on the night.
Supporters must show proof that they are fully vaccinated or have recovered from COVID-19 in the past six months to gain entry to both bars. Children under the age of do not need proof of vaccination or recovery.