Patrick Hoban has called on his teammates to roll up their sleeves and prepare for a battle against Waterford at the Regional Sports Centre on Friday night.

Dundalk make the trip to the south-east sitting in ninth position and Hoban, who moved into second place in the club’s list of all-time goalscorers with his hat-trick against St Mochta’s in the Extra.ie FAI Cup last week, said it was time for everyone to stand up and be counted.

“It’s been a very frustrating season, one that I never thought would happen, but we are where we are and we have to realise that,” he said. “The only way we’re going to get out of this is if we fight. We all have to stay together, fight together and be a team and make sure we get through this as one.

“Our pride has been hurt a lot, but that’s the kind of thing you have to get out of your mind. You have to be strong mentally and this is a time now where we all have to be strong and stick together because we’re in a battle at the minute and the quicker we realise that the better.”

Dundalk will come up against a Waterford side who are in flying form. Marc Bircham’s men have lost just one of their last eight games in all competitions and sit one point ahead of Dundalk. In contrast, the injury-hit Lilywhites have lost four of their last five outings.

“We can make all the excuses we want about injuries but there’s more than enough quality there,” said Hoban. “We just need to be better in the league. It’s frustrating, but the only people who can turn it around now is ourselves and we have to make sure we do that.

“It helps now that we have a week between games,” he added. “It was a hectic schedule for a while where we couldn’t really get any recovery time between those big European fixtures but now it gives us a chance to get ready for these big games because, to me, every league game now is a cup final and we have to be giving our all to make sure we take three points.”

This is the third meeting between the sides this year. In April, goals from Andy Boyle, Chris Shields and Michael Duffy secured Dundalk a 3-0 win – the club’s biggest to date this season – at the RSC but Waterford won the return game at Oriel Park in June, running out 3-1 winners. 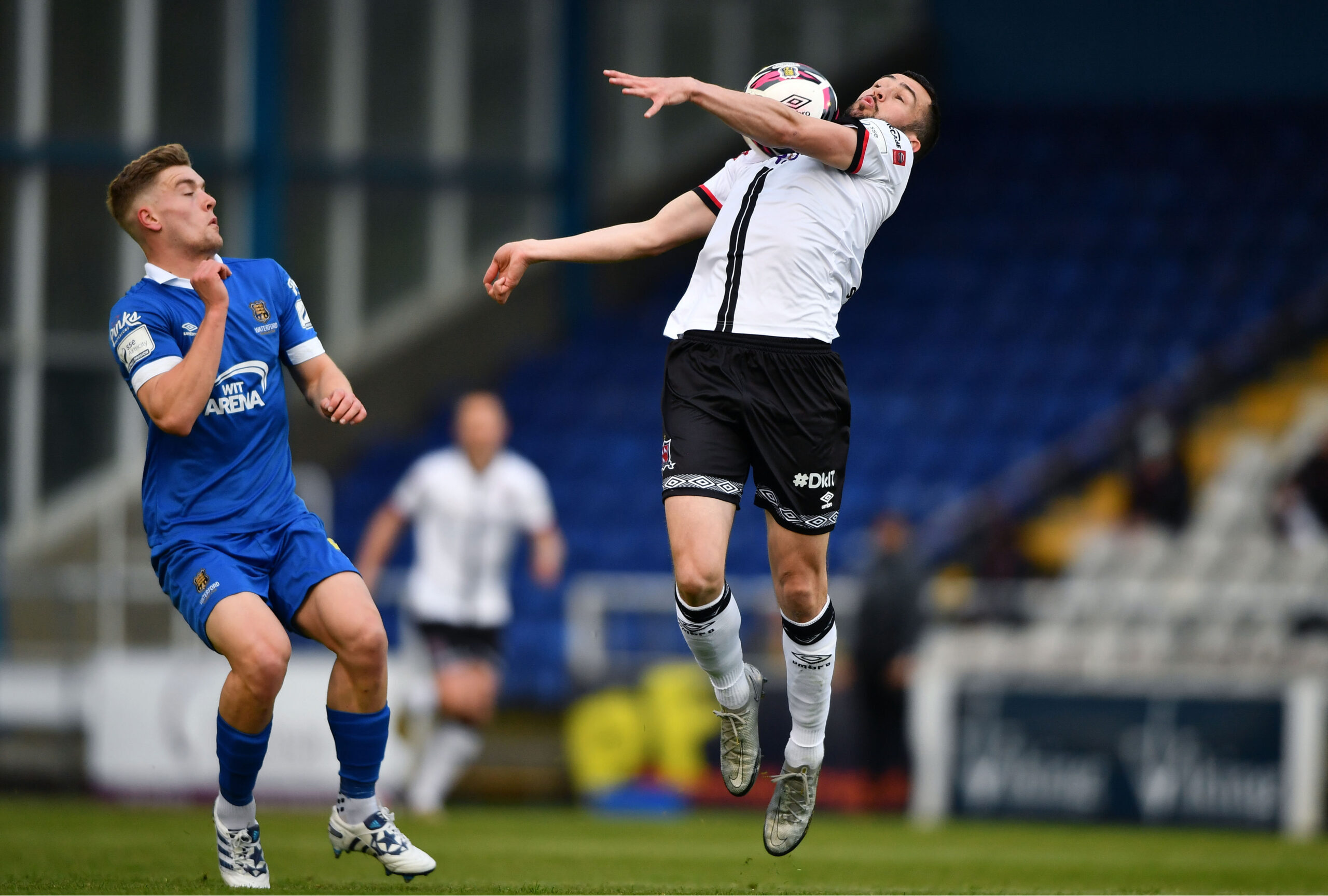 Michael Duffy in action against Cameron Evans of Waterford during the SSE Airtricity League Premier Division match at the RSC in April. Photo by Sam Barnes/Sportsfile

Tickets
Tickets are now available to buy online at this link and will also be available to purchase at the ground ahead of the game.

Team News
Daniel Kelly is pushing for a return but Wilfried Zahibo, Patrick McEleney, David McMillan and Brian Gartland are injured and there are doubts over Darragh Leahy, Daniel Cleary and Michael Duffy. Raivis Jurkovskis and Sonni Nattestad are also missing as they are on international duty with Latvia and the Faroe Islands respectively.

Vinny Perth Quotes
“Waterford are on a great run. They are playing very well and the RSC is a difficult enough place to go to at the best of times. Marc Bircham has come in and done a brilliant job so we’ll need to be at our best to get a result.”