Raivis Jurkovskis has declared himself fit and ready to go for Friday night’s SSE Airtricity League clash with Shamrock Rovers at Tallaght Stadium.

The 24-year-old played in all three of Latvia’s World Cup Qualifiers over the past week, racking up 270 minutes in the space of seven days against Montenegro, Holland and Turkey. His appearance against Montenegro made him the first Dundalk player to take part in a World Cup qualifier since Joey Donnelly back in 1937.⁣

He returned to Ireland on Wednesday morning and took part in a light session at Clancy Park 24 hours later ahead of the trip to South County Dublin. And speaking to dundalkfc.com afterwards, Jurkovskis said he was looking forward to pulling a Dundalk shirt on again.

“I feel very good physically and mentally and I felt the best in the last game against Turkey. I am ready to play on Friday,” he said. “At this stage of the season, it was important to play those games to improve my physical sharpness.”

Defeats against Montenegro and Holland had Latvia on the back foot going into Tuesday’s game in Istanbul against a Turkish side who recorded victories against Holland and Norway in their opening two games.

Things looked bleak for Raivis and his countrymen when they found themselves 2-0 down after 33 minutes but they rallied with the Lilywhites defender supplying the cross for Roberts Savalnieks to pull one back. 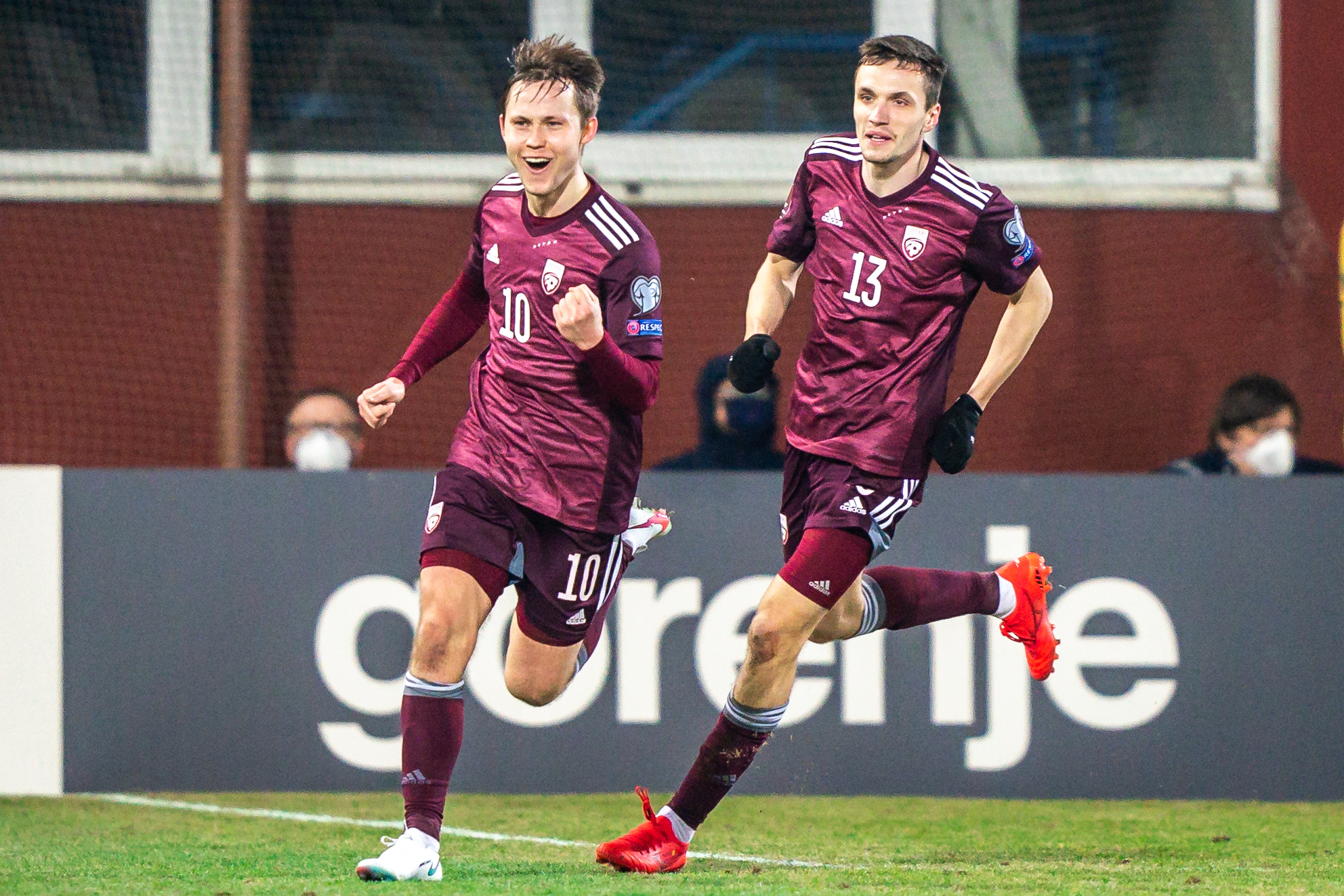 A Burak Yilmaz penalty restored the home side’s lead but Latvia hit back through Roberts Uldrikis and Davis Ikaunieks to salvage a well-deserved point.

“We were happy to get a point against Turkey,” said Jurkovskis. “They are the group leaders and they won against Holland and Norway but we needed to get the points against Montenegro in the first game. With 10 minutes to go, we had something and we lost the game.”

Lilywhites team manager Shane Keegan watched Latvia’s game with Turkey on Wednesday night and was impressed by the 24-year-old’s performance at left-back.

“Raivis was incredible. Every single time the ball went out to the winger, he took off on an overlap or an inside lap run that was about 100 metres in length each time and his assist for their goal was outstanding.

“He must be one of the most low-maintenance footballers I’ve ever encountered. He just comes in every day, doesn’t really open his mouth all day long, just gets on with his work and any question you ask him he always has a one-word answer and it’s always positive.

“Such is his style of play I’d say he’s done around 13km per game but I’m sure when I ask him how he is he’ll say ‘fine.’ He’s about as low maintenance as you could ask for, he’s a dream in that sense.”

“With a normal player, you’d probably rule them out of Friday’s game but Raivis is a machine so I think he’ll stand a good chance of being involved,” added Keegan.