Dundalk FC was saddened to learn of the passing of legendary former player-manager Alan Fox, who died at the age of 85 on Thursday.

The Welshman, who also played for Limerick and Sligo Rovers, arrived at Oriel Park in the summer of 1966 and guided the Lilwyhites to the league title, the Shield, the Top Four Cup and the City Cup during a two-season spell which is fondly remembered as the ‘Fox Era’.

Alan Fox, pictured in his Wrexham kit in 1960

Born in Holywell in Wales in 1936, Fox took up work as a painter and decorator when he left school and lined out for his local team, Carmel United.

He signed with Wrexham as an amateur in May 1953 and made his Football League debut 11 months later at the age of just 17. By that stage, he had already been capped by Wales at youth level.

After two years with Wrexham’s reserves, he got another first-team opportunity and never looked back. Over the next eight seasons, he missed very few games for the club and in 1957, he was part of the Wrexham side that played Manchester United’s Busby Babes in front of a record crowd of 34,445 at the Racecourse Ground.

He was named in the Welsh preliminary squad for the 1958 World Cup and played a prominent role in Wrexham’s promotion from the Fourth Division in 1962-63. During his 10-year stay at the Racecourse Ground, he made 412 appearances and won three Welsh Cup winner’s medals.

Released in 1964, he spent a season with Hartlepool and another with Bradford City before a recommendation to Dundalk secretary Paddy McCourt from PFA secretary Cliff Lloyd brought him to Dundalk in the summer of 1966. 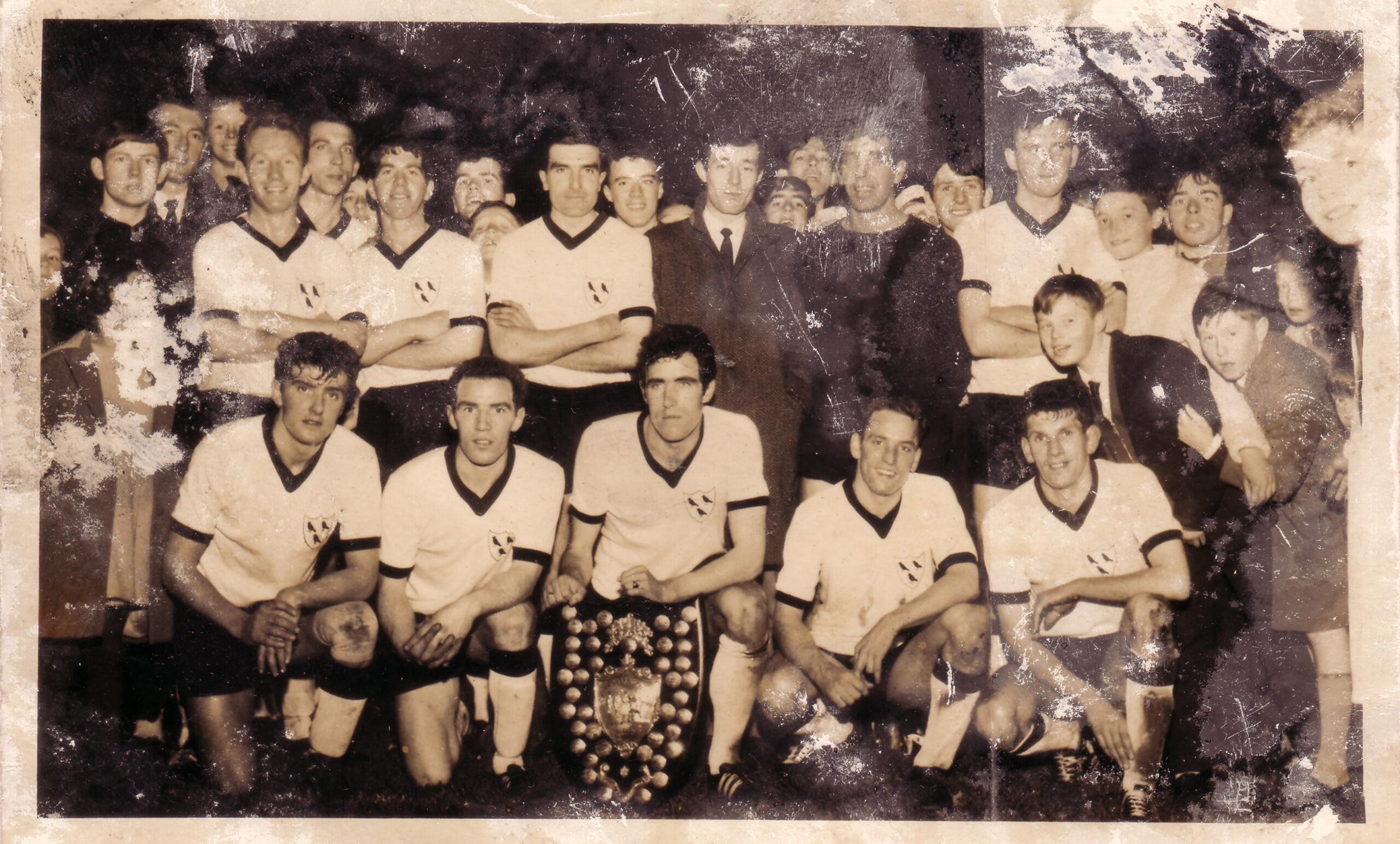 The Dundalk team, pictured after their Shield win in 1966. Alan Fox is in the front row, on the far right

With a new board, a new pitch, a new team, and a new player-manager in place, the 1966/67 season proved to be one of the most exciting in Dundalk’s history.

Although the new team was already signed by McCourt, Fox moulded them into the most formidable team in the land and led them to treble-trophy success in his first season. The crowds were back in force and even the new Oriel Park had difficulty in accommodating them.

An opening day draw was followed by 11 consecutive wins. By the middle of October, the Shield was on display in the trophy cabinet at Oriel Park. It was followed by the league championship and, in the last match of the year, the Top Four Cup.

Fox fronted a defence that, in 39 of the season’s 49 games, confined the opposition to no more than one goal, and after adding the Donegan Cup, he led the team on a successful summer tour to Barcelona, bringing home the Spanish Cup for good measure. That brought the 1966/67 season trophy haul to five – plus two runner-up spots in the City Cup and Leinster Cup! 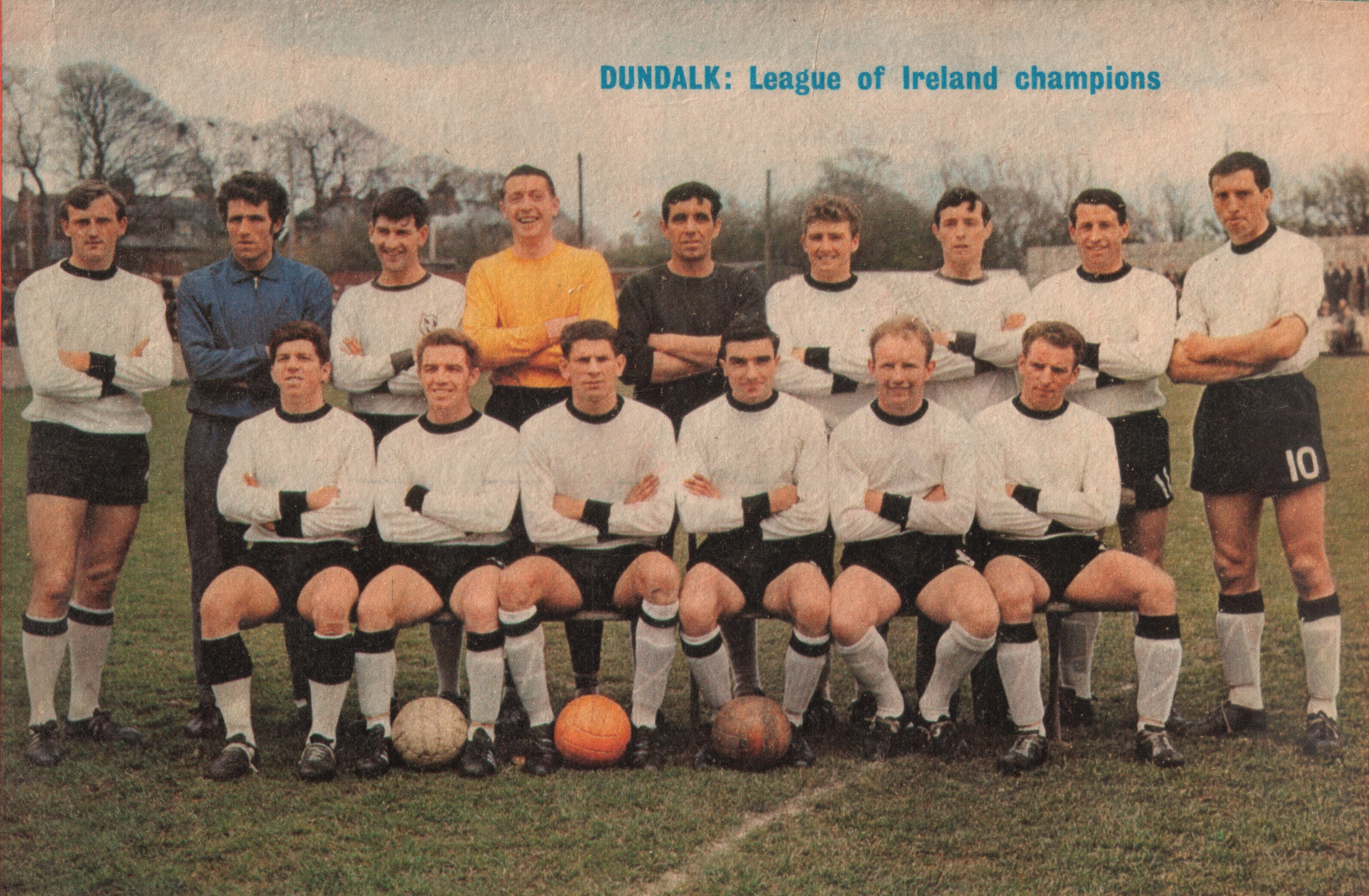 Dundalk’s title-winning team from the 1966-67 season. Alan Fox is in the front row, third from the left

His second campaign had all the hallmarks of the first, with an early-season highlight coming in September 1967 when Oriel Park hosted its first European game against Hungarian giants Vasas under the new floodlights.

A 14-match unbeaten run from early December until the middle of February held out the promise of more silverware but the season became clouded in controversy between Fox and the Board, leading to his departure at a crucial stage of the league campaign. Prior to that, he brought the City Cup back to Oriel Park, having failed at the last hurdle in the same competition in his first year.

Within days of his departure, Fox had joined Limerick. In his absence, a leaderless Dundalk stumbled their way to the runners-up spot in the league.

Before the season ended, the Lilywhites visited the Markets Field in Limerick with the day ending in chaotic and confrontational scenes, both on and off the field. It drew the following comment from the Limerick Chronicle: ‘One hopes that Sunday’s disgraceful scenes, which brought disgrace to our city, will never be repeated again!’ 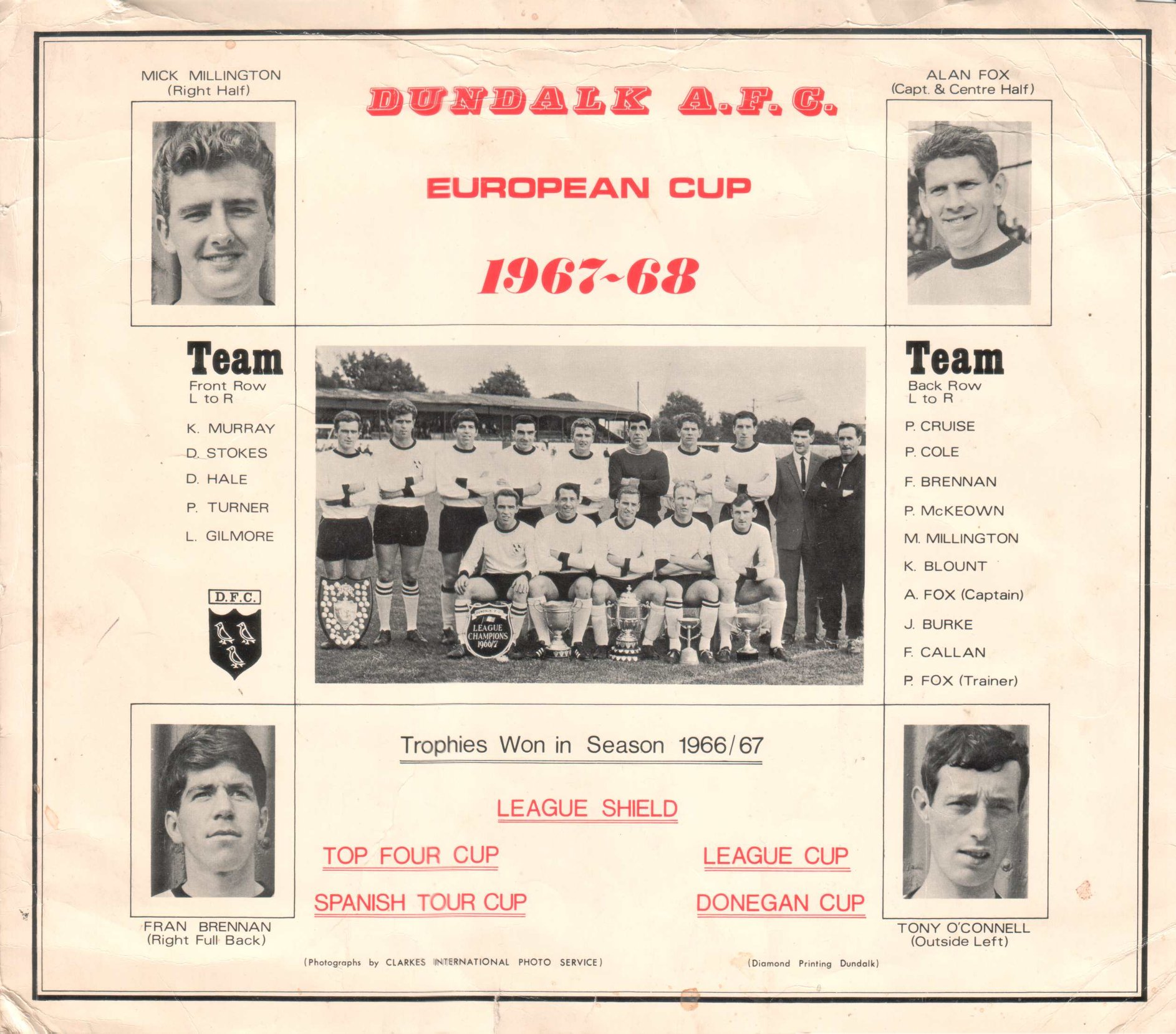 Fox stayed on as Limerick player-manager for the 1968-69 season before joining Sligo Rovers where he played under player-coach Tony Bartley but after their shock first-round FAI Cup exit to non-league Longford Town, he returned to England, settling in the Hartlepool area, and, in spite of offers from America and Australia, he never played again.

For 20 years he worked with a local brewery and afterwards joined a company supplying welding equipment for oil rigs. His son Andrew was a professional footballer with Sunderland until he suffered five cartilage operations in one season.

In 2002, Alan was inducted into the inaugural Wrexham Hall of Fame, alongside another former Dundalk manager, Eddie May and in 2006 he was elected president of the club’s Supporters Association.

Our thoughts are with Alan’s family and friends at this time. His name will never be forgotten at Oriel Park. May he rest in peace.