The House in Cox’s Demesne received some early Christmas presents at Oriel Park on Tuesday morning from the hard-working committee of the Sean McCaffrey Foundation.

Former Dundalk attacker Paul Smyth, who helped the Lilywhites to promotion from the first division in 2008, returned to his old stomping ground to hand over 30 footballs to Dundalk FC community officer Liam Burns, on behalf of The House.

The Sean McCaffrey Foundation was created in memory of the former Lilywhites and Republic of Ireland underage manager who passed away in 2017 at the age of 58.

Run by Sean’s family and friends, it was established six months after his untimely death, with all of the funds raised spent on three objectives.

The first is helping young people to realise their full potential, the second is supporting animal welfare bodies. The foundation’s third objective is providing support for renal dialysis patients and the unit in Cavan General Hospital.

Recently, the group donated two outdoor benches to the staff at the Renal Unit – where Sean was treated for diabetes and kidney problems before his death.

The foundation has also agreed to sponsor the Cavan-Monaghan FC team, who compete in the SSE Airtricity U15 National League and speaking to dundalkfc.com, Smyth, who is now the FAI/ETB player development programme coordinator for Dundalk, said that Tuesday’s donation was a nice way to round off a tough year. 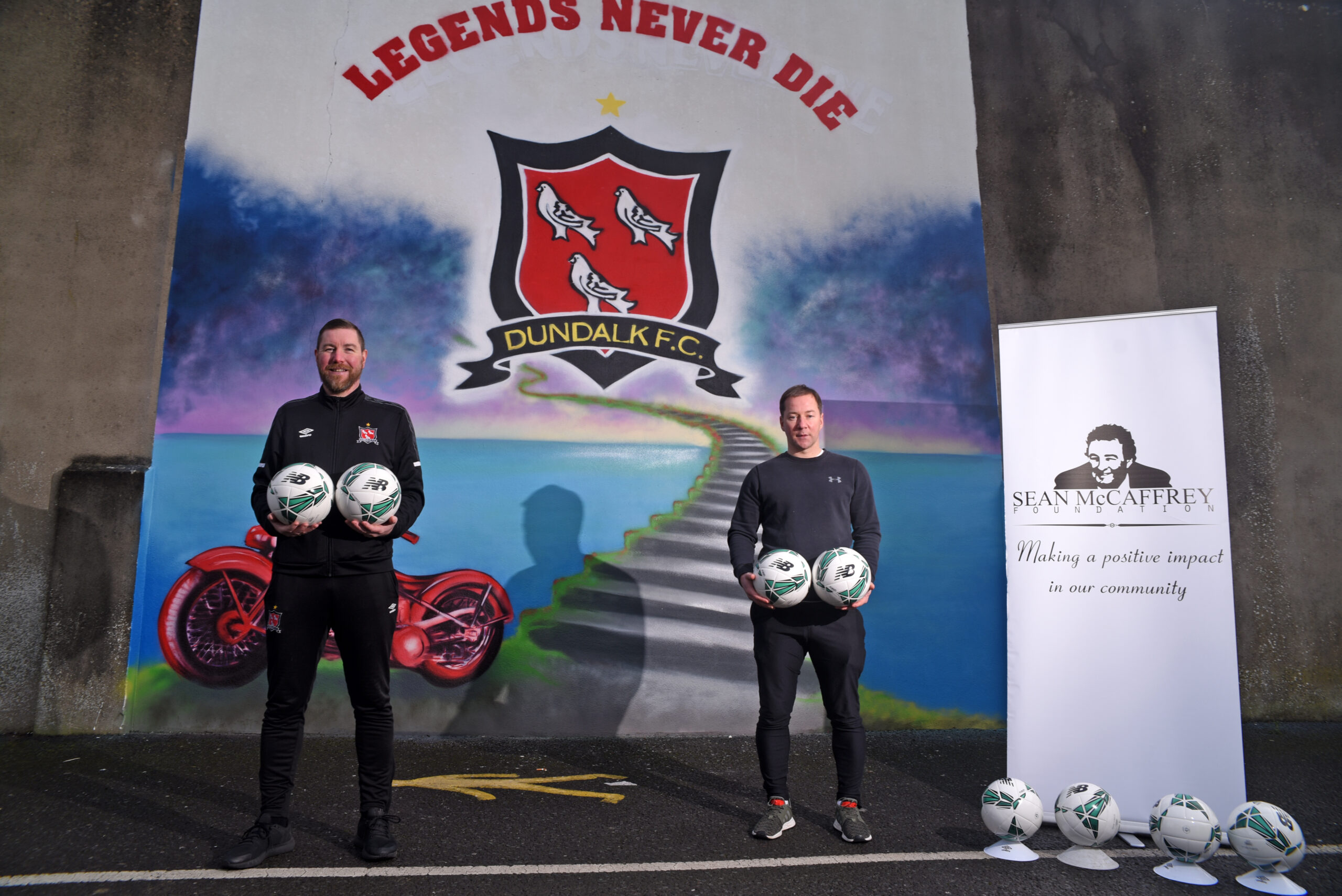 “With everything that has happened, it has been difficult trying to keep the profile of the foundation going in 2020. We haven’t been able to hold as many committee meetings as we would have liked so it’s great to be able to do something coming up to Christmas,” he said.

“We wanted to help local youth projects and we always try and include Dundalk in that,” he added. “Obviously, Sean was the manager here and he was well-known in football circles so when Liam Burns told us about The House, we thought it was the perfect fit.

“In terms of funding, we have been working off the reserves from 2019. Last year we held a very successful launch night and a Golf Classic and, hopefully, we will be able to hold a major fundraiser in 2021 if everything gets back to normal.”

Smyth’s visit to Oriel Park comes just days before the third anniversary of Sean’s death and he felt it was important to keep the Monaghan man’s ‘name alive’.

“Sean had a huge influence on the game in Ireland,” said Smyth, “especially in Monaghan where he is football Mecca. He was an integral part in the creation and running of Monaghan United in the League of Ireland and he obviously played a major role in developing players with the Irish underage teams.

“When he died, we felt it was very important to keep his name alive. He had such a big impact on football and on developing young players so to be able to assist organisations like the House is a fitting way to honour his legacy.”

You can read more about The Sean McCaffrey Foundation by visiting the website here.