Chris Shields popped up with a late goal as Dundalk came from behind to rescue a point against Longford Town at Bishopsgate on Monday evening.

Dylan Grimes and Rob Manley gave Longford a 2-0 lead in the opening 15 minutes but goals from Junior and Chris Shields in either half salvaged a draw for the visitors.

The result leaves the Lilywhites in sixth place, six points off Sligo Rovers in third place and a further seven behind league leaders Shamrock Rovers with nine games played.

Dundalk started brightly and Sean Murray, who made his first start of 2021, should have given the Lilywhites the lead when he arrived into the box to get onto the end of Raivis Jurkovskis’ cross but his header went over the bar.

Daire Doyle’s side hit the front in the sixth minute when Dean Byrne fed Dylan Grimes and his shot managed to squirm under Peter Cherrie. 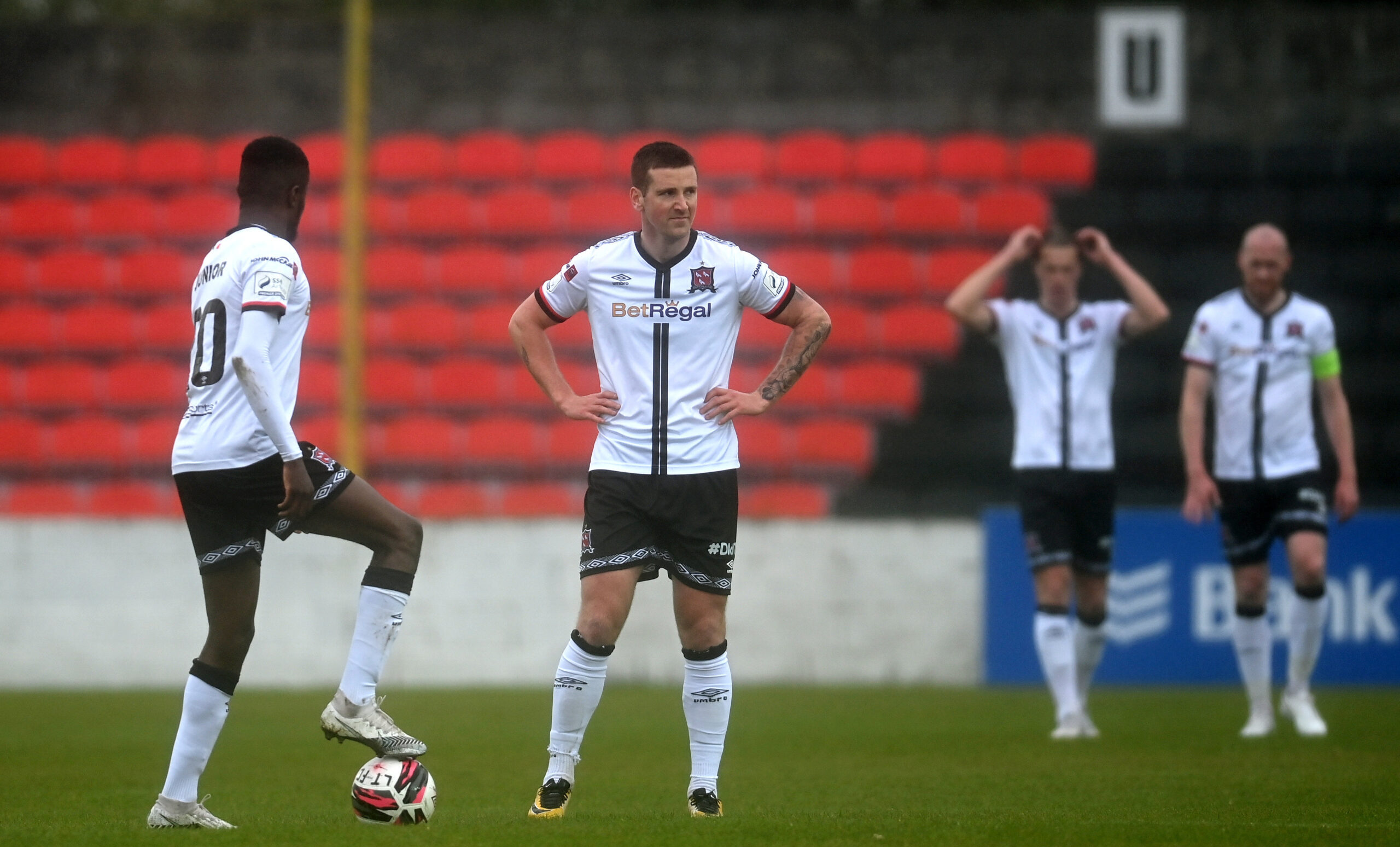 That gave Longford an early boost and Rob Manley let fly with two quickfire efforts from distance, one which barely threatened the goal and the other which flew into the arms of the Scottish goalkeeper.

The hosts doubled their lead would be 2-0 after 14 minutes when Manley got on the end of Karl Chambers cross ahead of Cherrie and finished to the net with aplomb.

The visitors did earn a route back into the game just before the 20-minute mark when Michael Duffy’s corner was headed back across goal by Daniel Cleary to be finished from close range by Junior.

Jurkovskis’ perfect cross was almost met by Murray to get us level and then it was missed by Duffy who was free at the back post.

Dean Byrne curled an outstanding effort inches wide of the post for Longford and almost immediately after that Dylan Grimes came closer when his free-kick caught the side netting with Cherrie beaten. 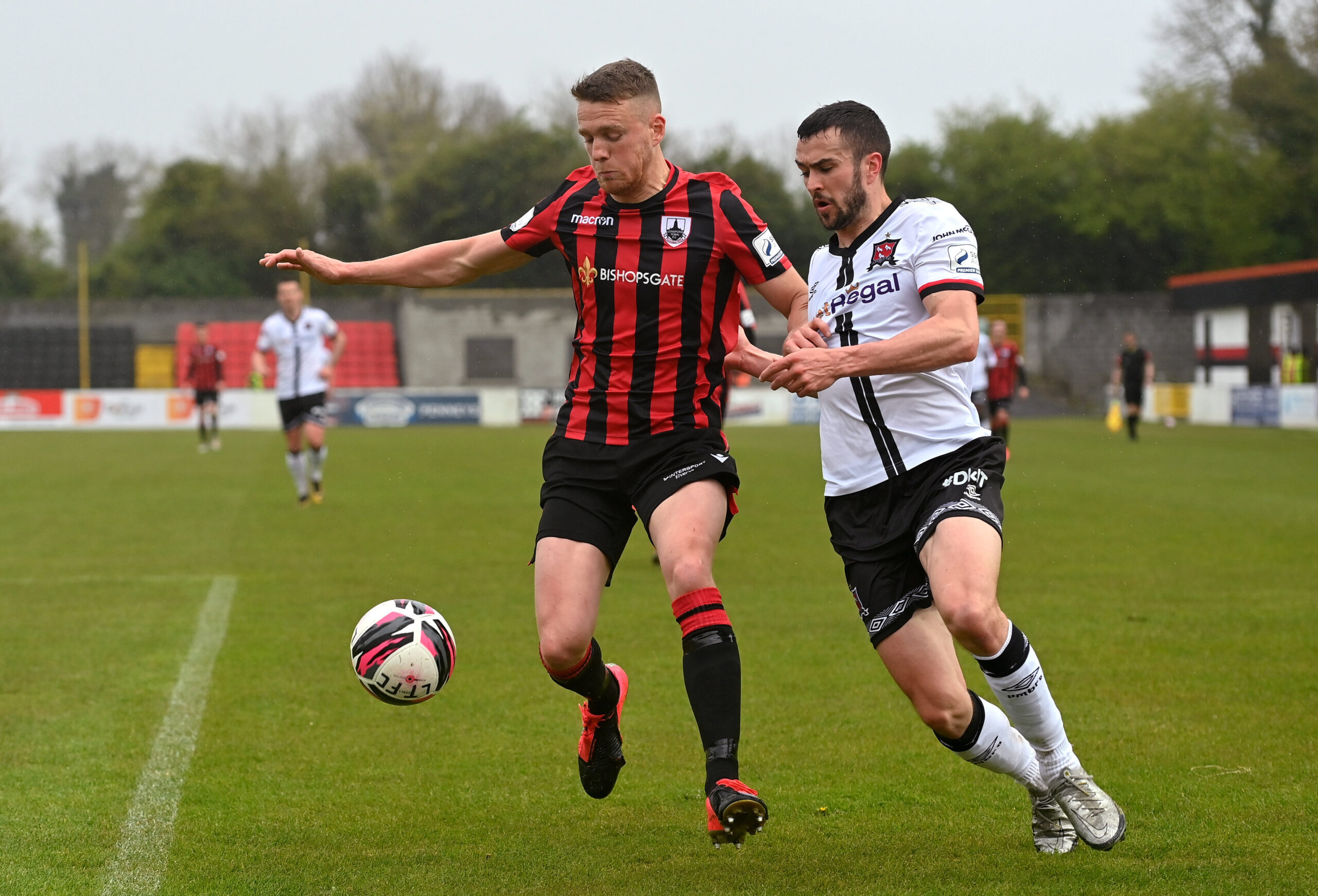 Dundalk looked like they had equalised right on the stroke of half-time when Duffy’s excellent corner was flicked on by Daniel Cleary to Andy Boyle at the back post but he put it wide from point-blank range.

Cherrie kept it to 2-1 in the first attack of the second half when Michael Kelly’s kick out found Manley in behind however the goalkeeper did well to save one on one.

The match descended into a scrap of sorts with little chance of note following that chance in the opening minutes.

Junior got on the end of a Duffy cross but couldn’t get enough on it to get it beyond Kelly. Duffy was then left wondering as his brilliant free-kick from the right evaded everyone despite Zahibo having a free header from close range.

Duffy’s crosses into the box caused problems all night and the goalkeeper dropped one onto the head of Ole Erik Midtskogen however he nodded it wide with the goal at his mercy. 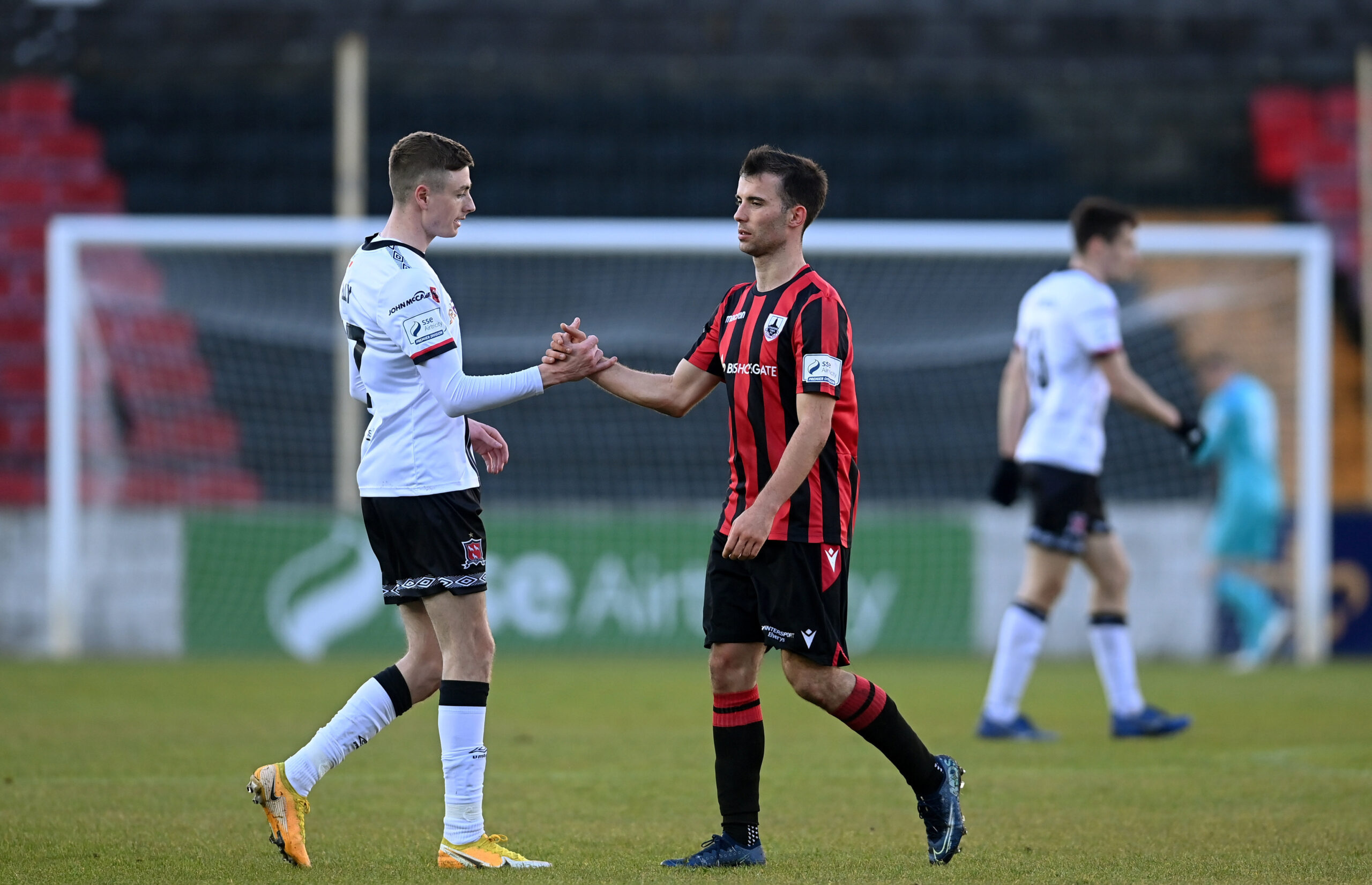 Longford had a chance then to put the game to bed when Chris Shields’ loose ball to Byrne put him in on goal but his effort was blocked on the line.

Shields would atone for that error moments later though when he was played in by Junior and finished expertly to the net from 20 yards giving the goalkeeper no chance.

Midtskogen did well down the right and played it across goal for Duffy to apply the finish but he scuffed his shot and it went straight into the arms of Kelly.

That would be as close as the Lilywhites would come with the draw meaning that the side is now unbeaten in their last four and move on to the clash with Sligo Rovers on Friday evening.