Dundalk tasted defeat for the second league game in succession as they were beaten 2-0 by Sligo Rovers at The Showgrounds on Monday evening.

An Andy Boyle own goal and a point blank strike from Frank Liivak, both in the second half, gave the Bit o’Red the three points against the ten man Lilywhites who had Darragh Leahy red carded in the 23rd minute.

Head Coach Stephen O’Donnell made five changes from the side which defeated Wexford in extra-time on Friday night. Sam Bone, Keith Ward, Robbie McCourt, Runar Hauge and David McMillan all dropped out of the starting XI from the extra.ie FAI Cup win and in their place came Darragh Leahy, Alfie Lewis, John Moutney, Ryan O’Kane and John Martin.

Dundalk were on the front foot early in the match but only had a John Martin shot to show for it which was gathered at the second attempt by Luke McNicholas. 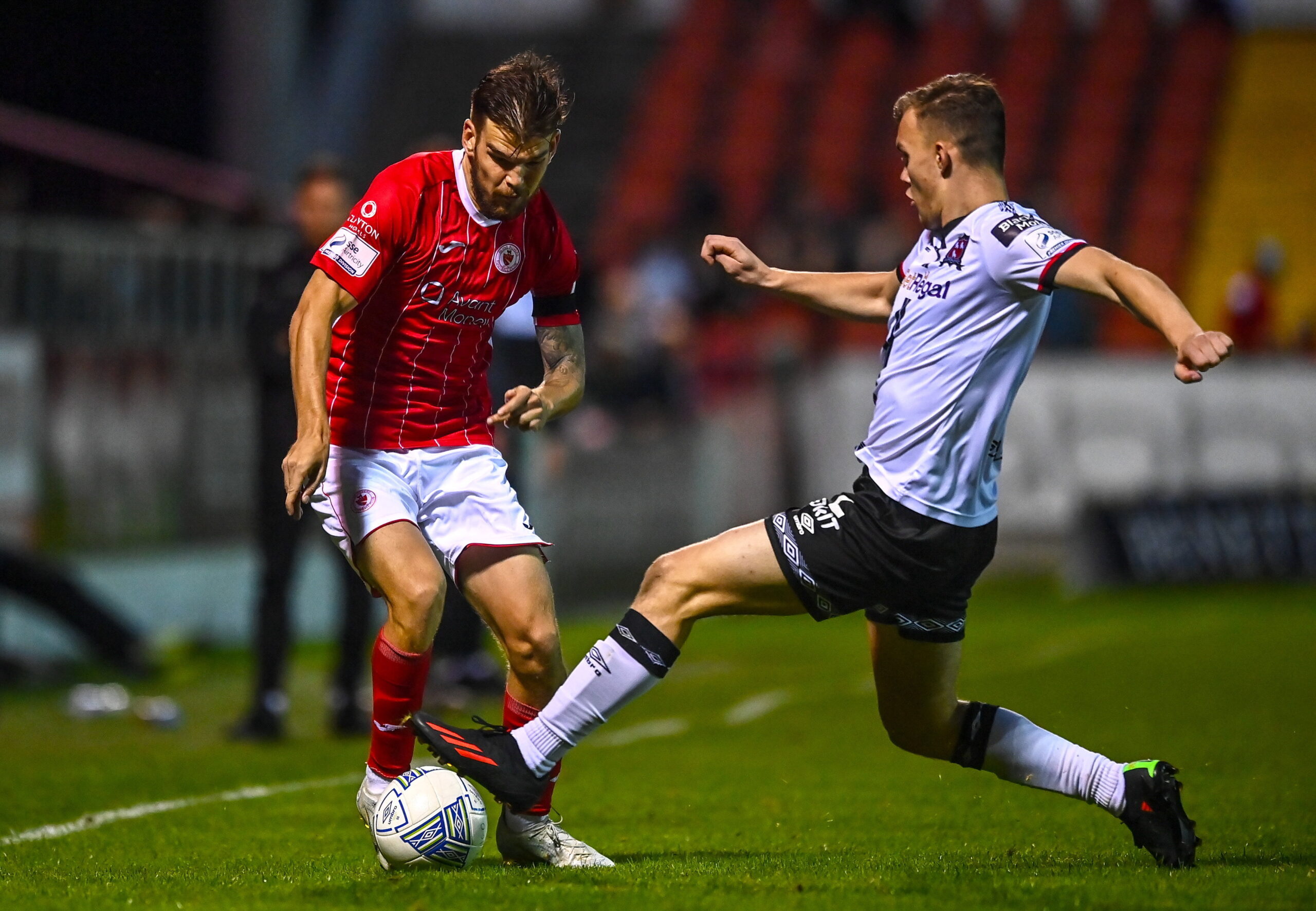 There was little to no action until the 23rd minute when Darragh Leahy saw red for a handball on the ground which was deemed a denial of a goalscoring opportunity by referee John McLoughlin.

Paddy Kirk fired just wide shortly after and Lewis Banks warmed the palms of Nathan Shepperd but his shot was straight at the netminder.

Sligo finished the first half the stronger with Kirk forcing a good save from Shepperd who got down to save with his legs and Robbie Burton fired well wide on the stroke of the half-time whistle.

The second half began with neither side creating anything of note however Sligo would take the lead just before the hour mark. 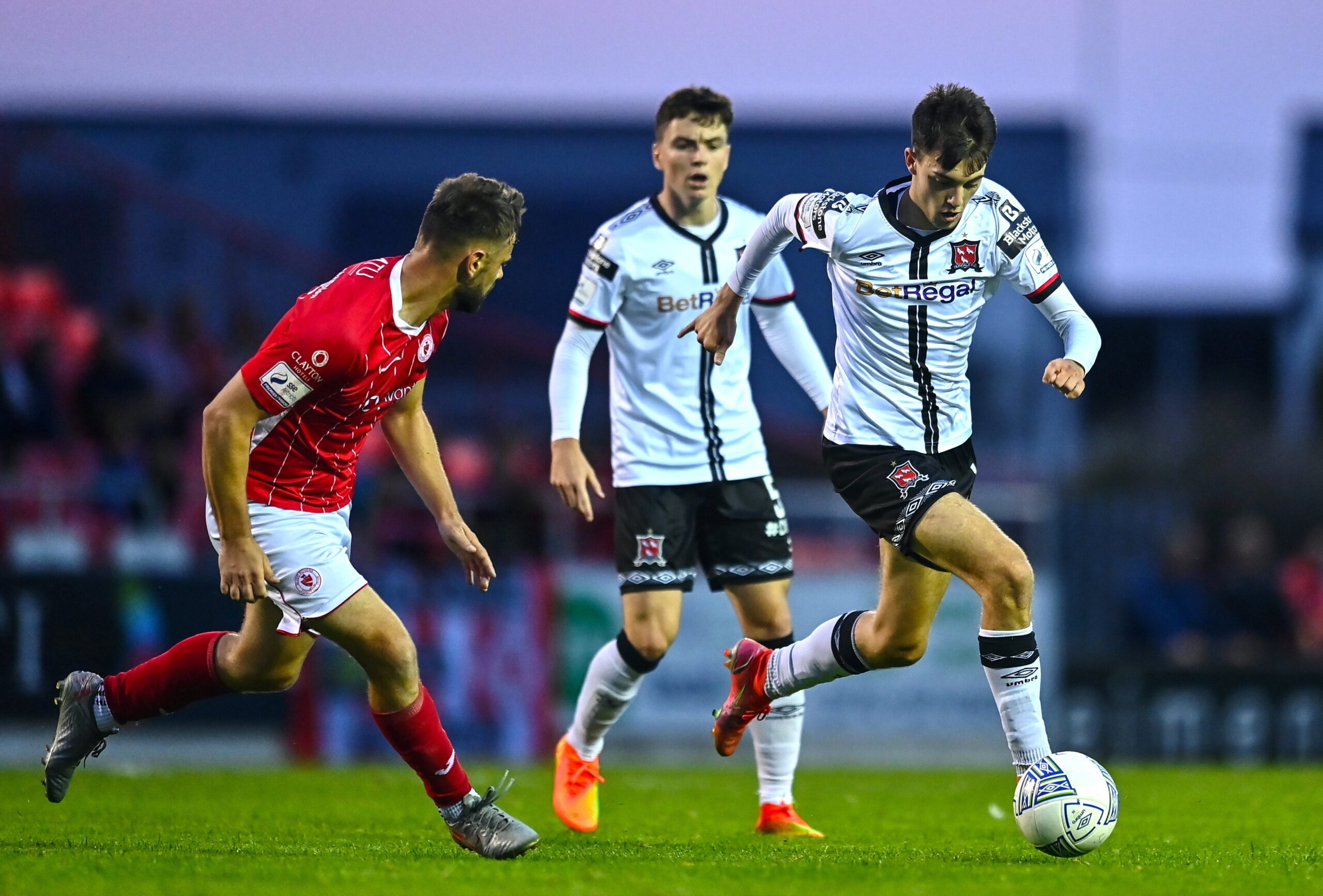 Steven Bradley gets away from Greg Bolger. Photo by Ben McShane/Sportsfile

Aidan Keena got free and shot at Shepperd. His good save fell to Will Fitzgerald and his cross was turned into the net by Boyle.

Max Mata almost doubled the lead with the next attack but he scuffed his shot wide while Fitzgerald really should have hit the target moments later from the edge of the area.

Mountney fired just wide from just outside the box but it was 2-0 with 83 minutes on the watch.

Keena’s cross on the right was finished to the net from close range by Estonian Liivak.

That proved to be the final action of note as the Lilywhites suffered a loss with Shelbourne up next on Friday evening.