SONNI SETTLING IN WELL AT ORIEL

SONNI SETTLING IN WELL AT ORIEL

He has only been in Dundalk for a matter of weeks but new Lilywhites centre-back Sonni Nattestad says he is already comfortable in his new surroundings.

Signed from B36 Torshavn during the winter, the central defender started pre-season training with his fellow squad members last Monday.

And speaking to Black and White Town, the Dundalk FC Patreon members’ podcast, the Faroe Islands international said he has found it very easy settling into his new surroundings, giving credit to the players and staff for their good treatment of himself and his fellow new signings.

“It’s been really easy, all the people are really nice and really polite so that’s going to be no problem.”

Sonni has been at Oriel Park previously, having been part of the FH squad that faced Dundalk in the 2016 Champions League qualifying rounds, and he already has an idea of the expectations at the club.

Talking about Dundalk’s success in Europe, he said: “I can see the development has been huge, and expectations are always high at this club, so that’s what we’re aiming for”

Standing at six foot six inches, Nattestad has a big physical presence, which he thinks will benefit him playing in the Airtricity League. 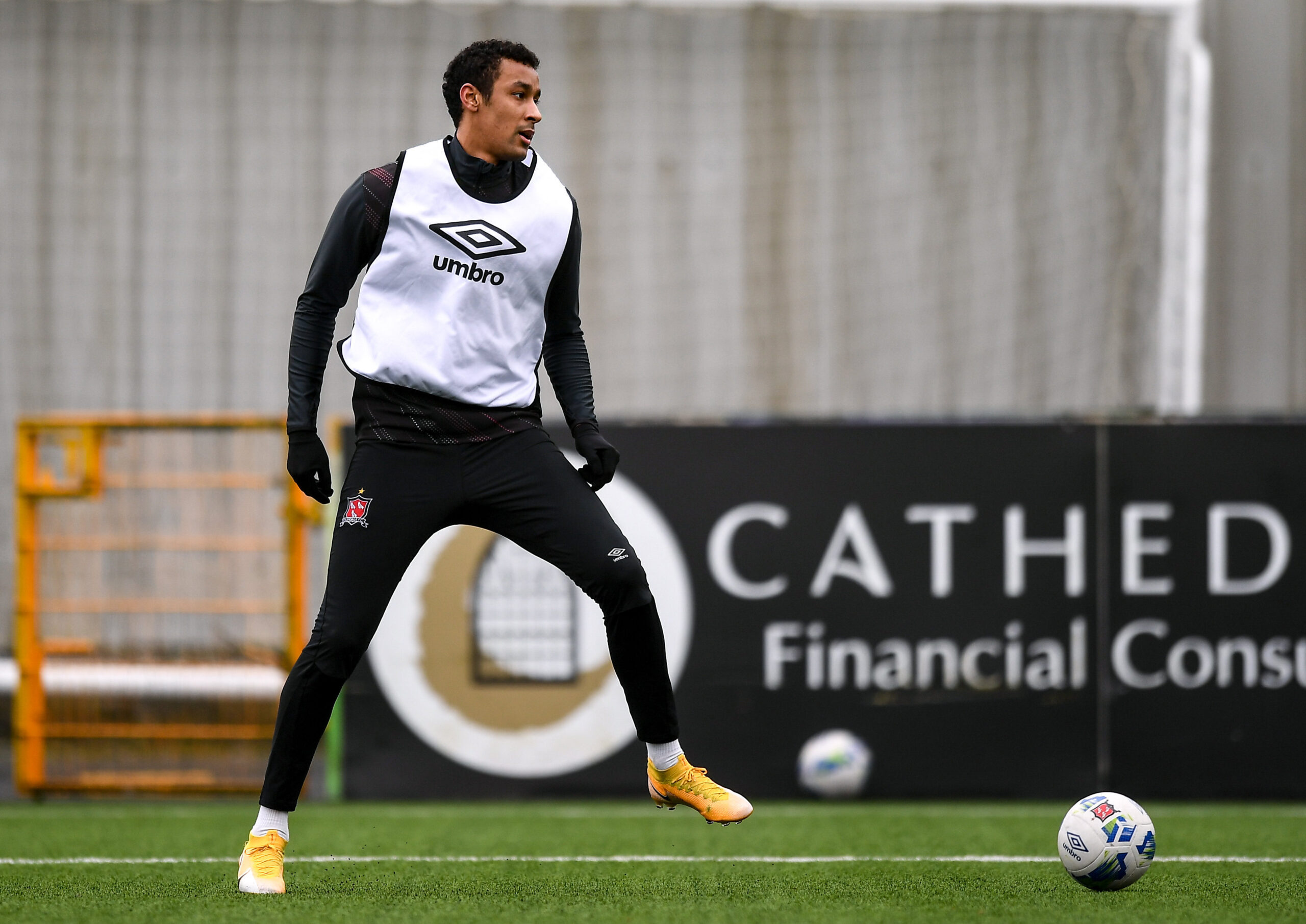 Sonni Nattestad in action during a pre-season training session at Oriel Park. Photo by Ben McShane/Sportsfile

“Yeah, of course, it’s going to be physical but Dundalk is a team that wants to play the ball, compared to some other teams who want to play it long.

“We have a concept here, we’re going to try to play the ball out. I like that style and I’m used to it, playing the ball and not just kicking it long, but also when other teams come here and try and kick the ball long, it’s good to be as tall as me and help the other guys I’m playing with.”

Nattestad says he is solely focused on what he does at Dundalk and isn’t looking towards a future move. Speaking about his long-term hopes, he said his aim was to “to develop and help the team.”

For now, though, Sonni is just looking ahead to the beginning of the season, with the President’s Cup fixture with Shamrock Rovers on the horizon.

“Of course we’re looking forward to the Shamrock Rovers game, I think everybody is. Now we’re just trying to get into top shape.”