Local athlete Israel Olatunde will be our guest of honour at the SSE Airtricity League Premier Division game with St Patrick’s Athletic at Casey’s Field on Friday evening.

The former Marist student is officially the fastest Irishman in history after breaking the national 100m record with a blistering time of 10.17 seconds at the European Championships in Munich back in August.

The 20-year-old, who only took up running in 2018, is currently in his final year at UCD where he will complete a degree in computer science with data science next May. 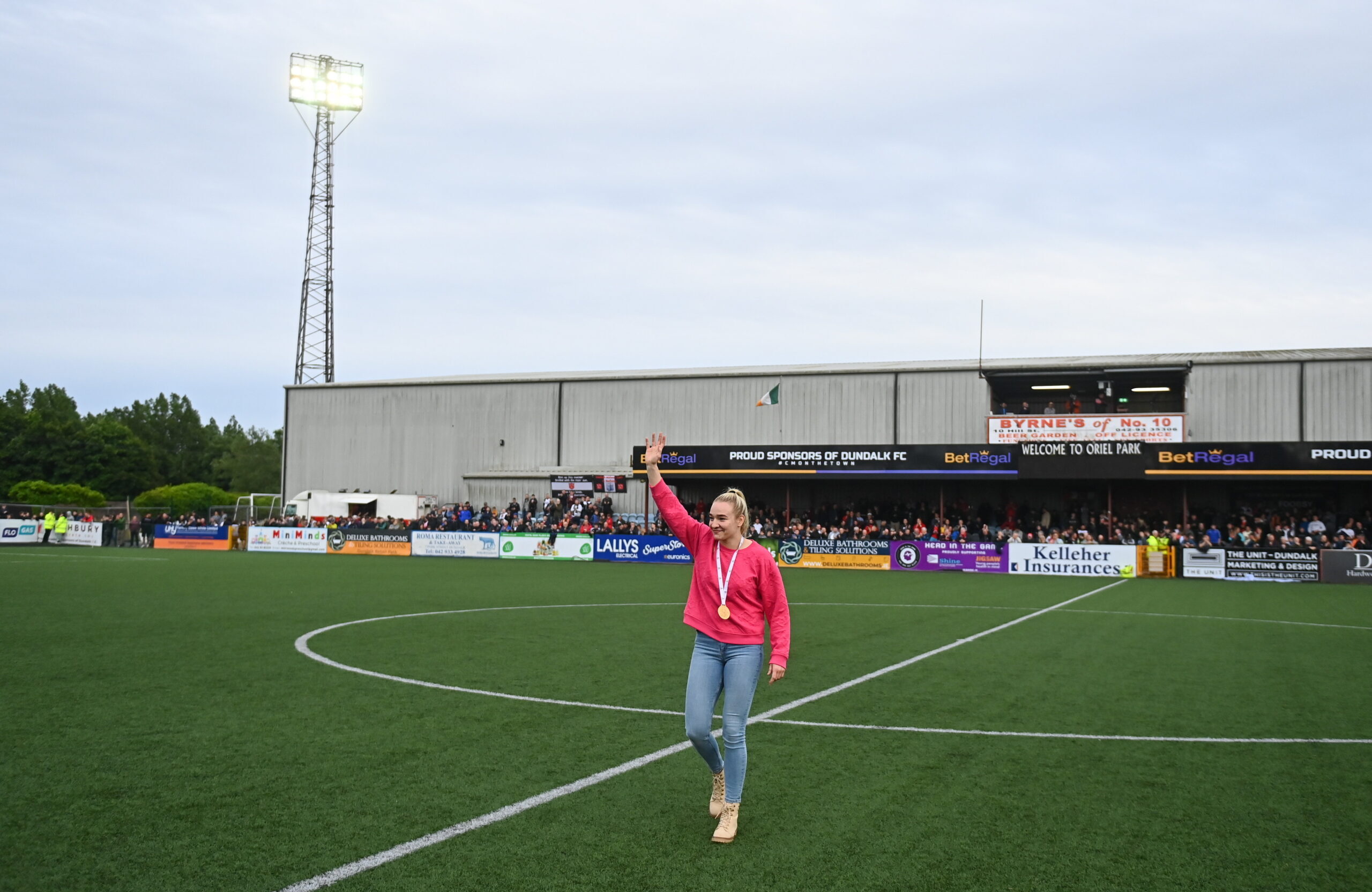 17 June 2022; Amy Broadhurst is presented to the Oriel Park crowd during the half-time interval of the SSE Airtricity League Premier Division match with Shamrock Rovers. Photo by Ben McShane/Sportsfile

Israel will be the latest local sports star to be paraded in front of the Casey’s Field/Oriel Park faithful this season.

To commemorate her gold-medal win in Istanbul, IBA world light-welterweight champion Amy Broadhurst was presented with a special jersey during the 1-0 win over Shamrock Rovers in June.

In May, Bellurgan United’s victorious SFAI National Cup winning squad did a proud lap of honour during the 1-0 win over St Patrick’s Athletic.