Dundalk and St. Patrick’s Athletic played out a 0-0 draw in front of the RTE cameras on Friday night at Richmond Park.

It was a scrappy opening with neither side able to gain control of proceedings.

Pat’s had a few openings with Eoin Doyle forcing a save from Nathan Shepperd before Ronan Coughlan fired wide when through on goal.

Doyle then picked the ball up when he seemed to be in an offside position and got around Shepperd but he could only hit the side netting. 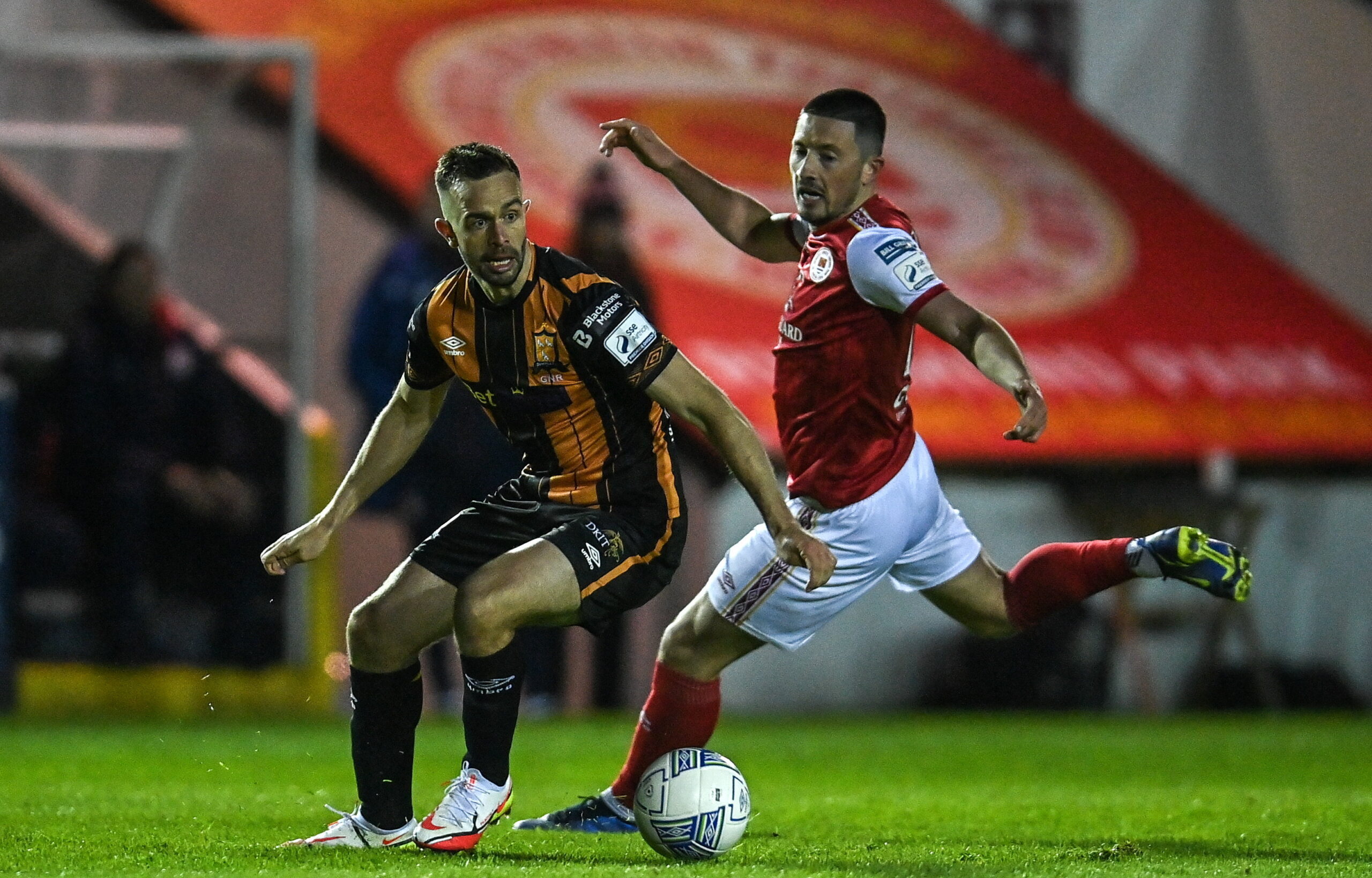 Robbie Benson turns away with the ball. Photo by Ramsey Cardy/Sportsfile

It was a match bereft of quality until close to the break when some wonderful interplay between Hoban and Benson saw the latter have a shot deflected just wide.

Benson took the corner and found Hoban in return but his header was just over Joseph Anang’s crossbar.

The second half was similar to the end of the first with neither team able to impose themselves on the game.

It looked like Pat’s had taken the lead in the 63rd minute when Darragh Burns cut in and crossed from the right and he found Doyle but his header was stunningly saved by Shepperd. 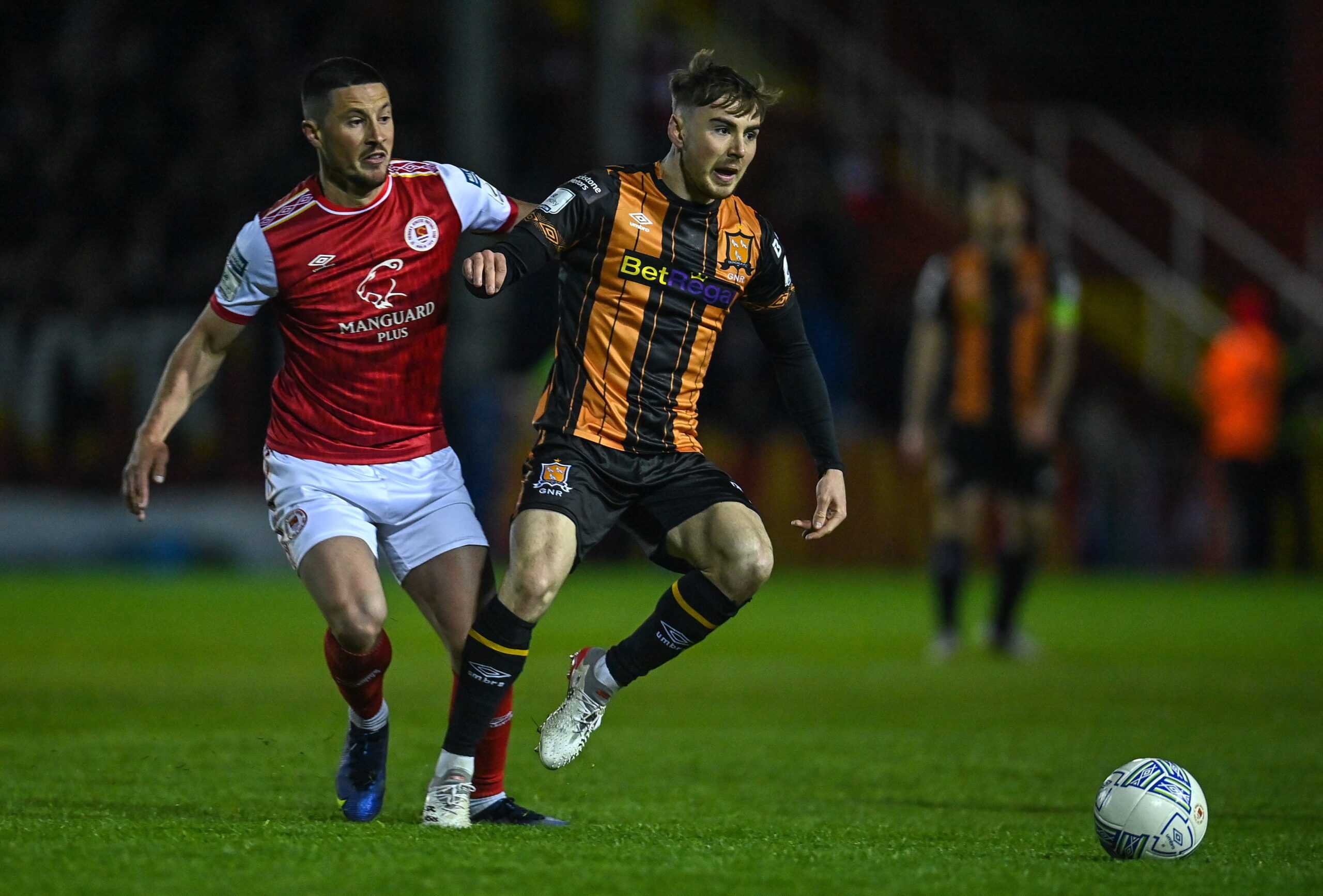 Bradley almost immediately found an opening after showing some quick feet to create space but his shot flew over the bar from 30 yards.

Shepperd was called into action again and this time he produced another wonderful save to keep Doyle out from point blank range.

Daniel Kelly had a header in injury-time but it was easily gathered by Anang.

That proved to be the final action of note as both sides had to settle for a point.