An eventful night at Richmond Park ended with the spoils being shared as Daniel Kelly’s 77th-minute effort secured Dundalk a hard-earned point against St Patrick’s Athletic.

Trailing to Andy Boyle’s first-half own goal, the Lilywhites finished the game strongly and shortly after he restored parity, Kelly missed a gilt-edged chance to claim all three points when he guided a header wide of Joseph Anang’s upright.

The result consolidates Dundalk’s position in second place, and keeps Stephen O’Donnell’s side six points ahead of fourth-placed Pat’s, with a game in hand. 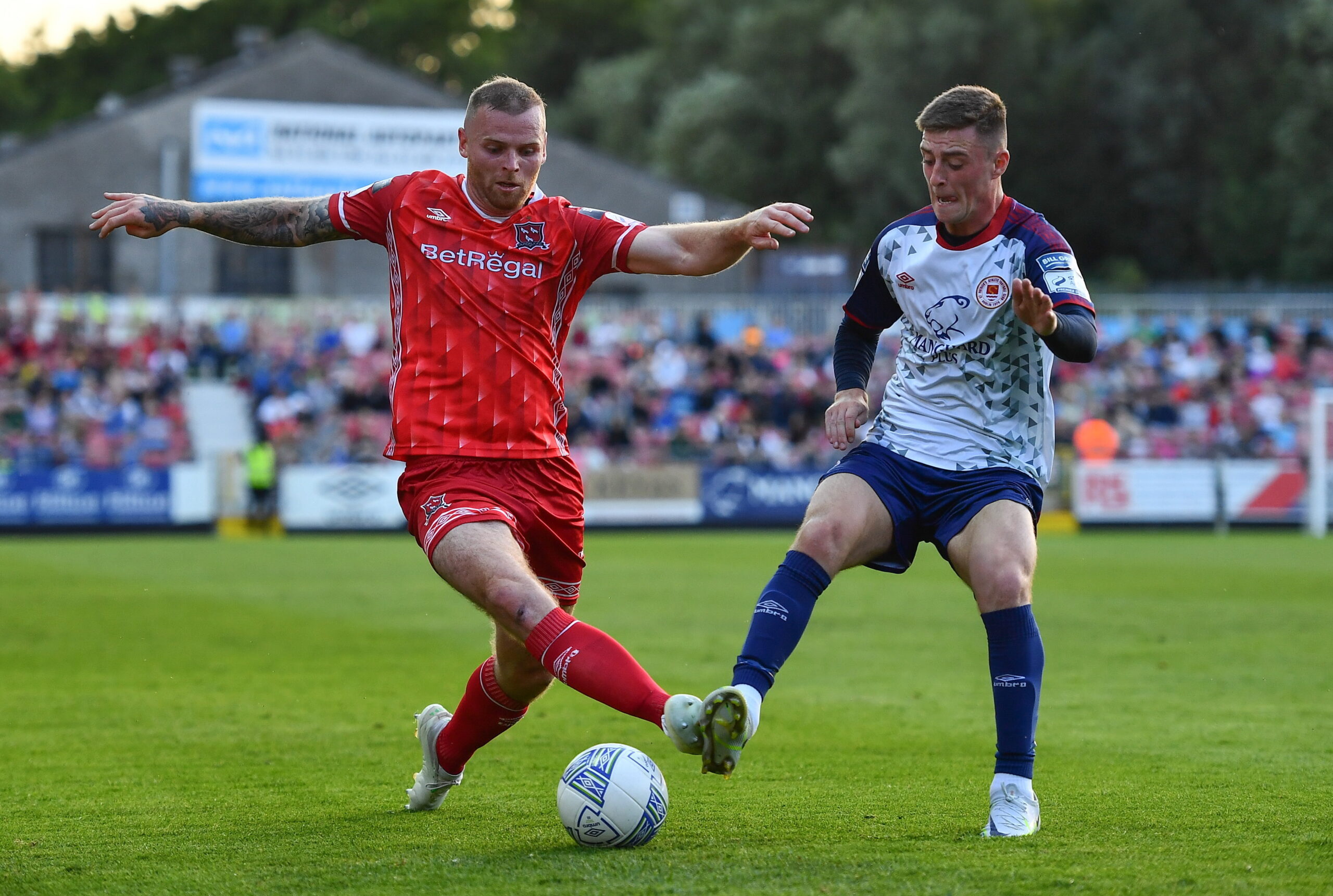 Mark Connolly of Dundalk in action against Ben McCormack of St Patrick’s Athletic during the SSE Airtricity League Premier Division match at Richmond Park in Dublin. Photo by Ben McShane/Sportsfile

O’Donnell made four changes to the side that started the Louth Derby defeat to Drogheda United a week earlier with Peter Cherrie, Sam Bone, Patrick Hoban and Keith Ward given the nod.

It was Cherrie’s first competitive start of 2022 but the Scot could do nothing to prevent Pat’s from breaking the deadlock in the 17th minute when Eoin Doyle’s shot was diverted into his own net by the unfortunate Andy Boyle.

Dundalk had chances and prior to the opener, Kelly’s ball across the face of the goal just evaded a number of incoming red shirts.

Ward was left frustrated when he failed to hit the target from a good central area while Robbie Benson saw Anang touch one over the top. 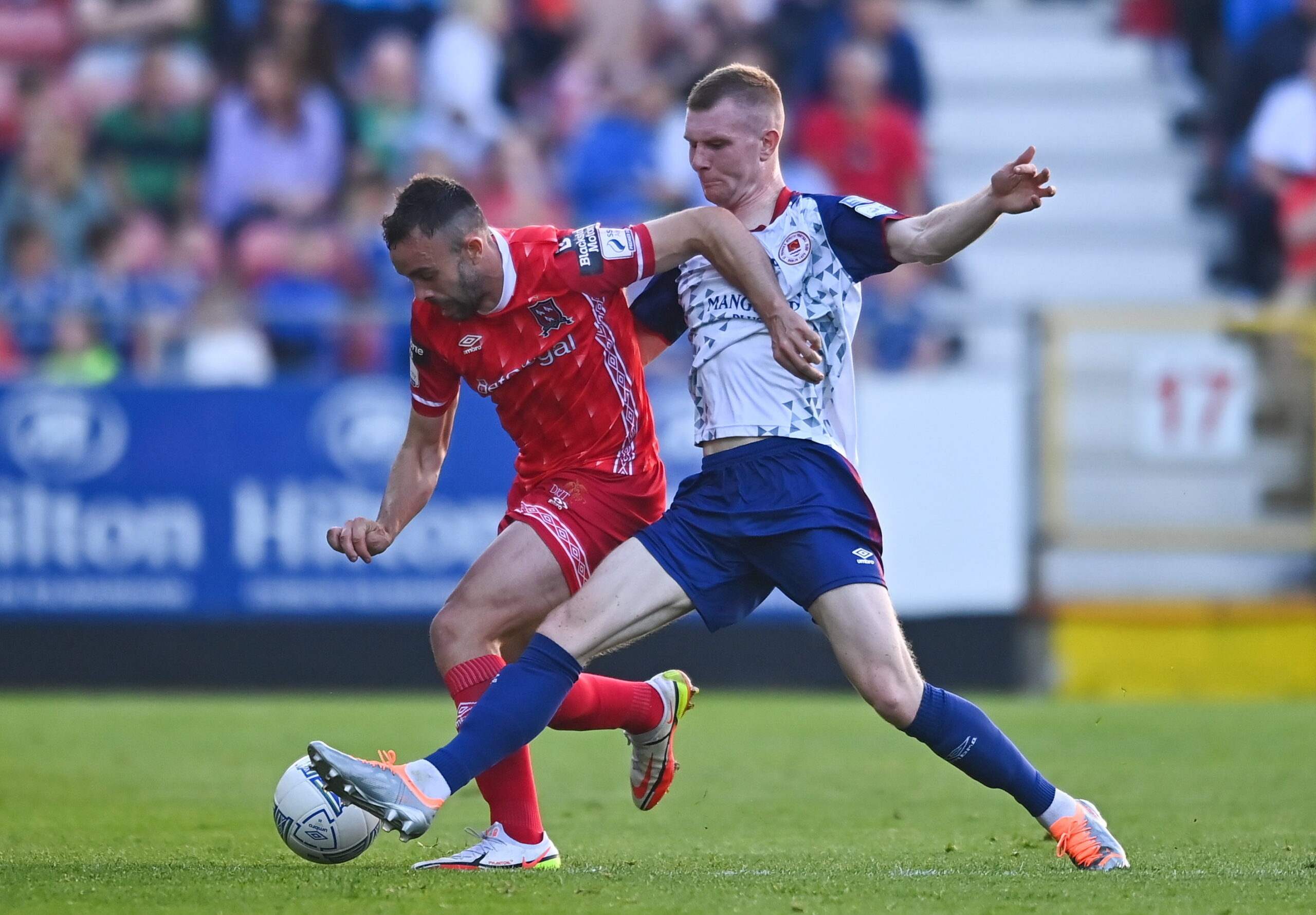 Robbie Benson of Dundalk in action against Mark Doyle of St Patrick’s Athletic during the SSE Airtricity League Premier Division match at Richmond Park in Dublin. Photo by Ben McShane/Sportsfile

Things were a lot more frenetic in the second half and Pat’s had a penalty appeal waved away by referee Rob Hennessy when substitute Serge Atakayi went down at pace in the box.

Cherrie, who safely gathered a Chris Forrester drive, then made a vitally important stop to block Tunde Owolabi from extending Tim Clancy’s men’s lead and Mark Doyle then smacked a thumping header against the crossbar.

As the minutes ticked away, Hennessy directed his attention towards the Dundalk bench and after O’Donnell was shown a yellow card for encroachment, the match official brandished a second one in his direction minutes later. O’Donnell’s crime? Leaving his technical area to try and retrieve a ball that went into touch.

Assistant Padge Cregg followed but, at that stage, Dundalk looked the most likely to win it. Kelly’s shot took a wicked deflection off Joe Redmond to spin up and over Anang for the equaliser but the winger was left kicking himself when he headed a pinpoint Darragh Leahy cross wide in the latter stages. 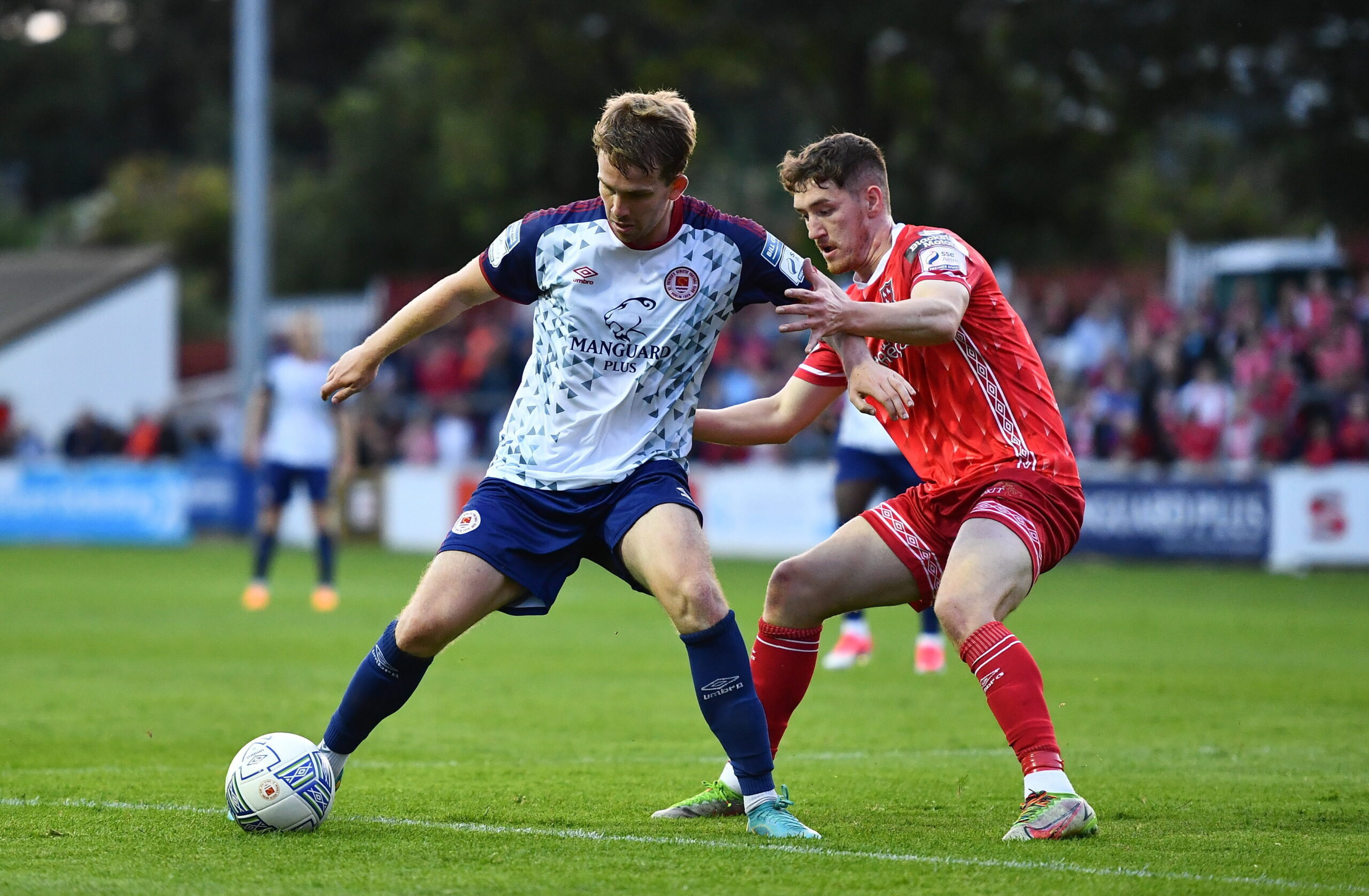 Harry Brockbank of St Patrick’s Athletic in action against John Martin of Dundalk during the SSE Airtricity League Premier Division match at Richmond Park in Dublin. Photo by Ben McShane/Sportsfile