The Scottish midfielder turned in another excellent performance in the clash with the Hoops on Friday night, and he feels he’s really hit his stride at Oriel Park over the past few months.

“My form has been good, especially since Vinny’s come in. I had some injury troubles earlier in the year but I’ve been really happy with my performances recently and it feels great to be picking up some wins now as well.”

With big wins coming over the likes of Sligo Rovers, Bohemians and now Shamrock Rovers in recent weeks, Stanton says the recent run of results has been a huge confidence boost to the players at this stage of the season. 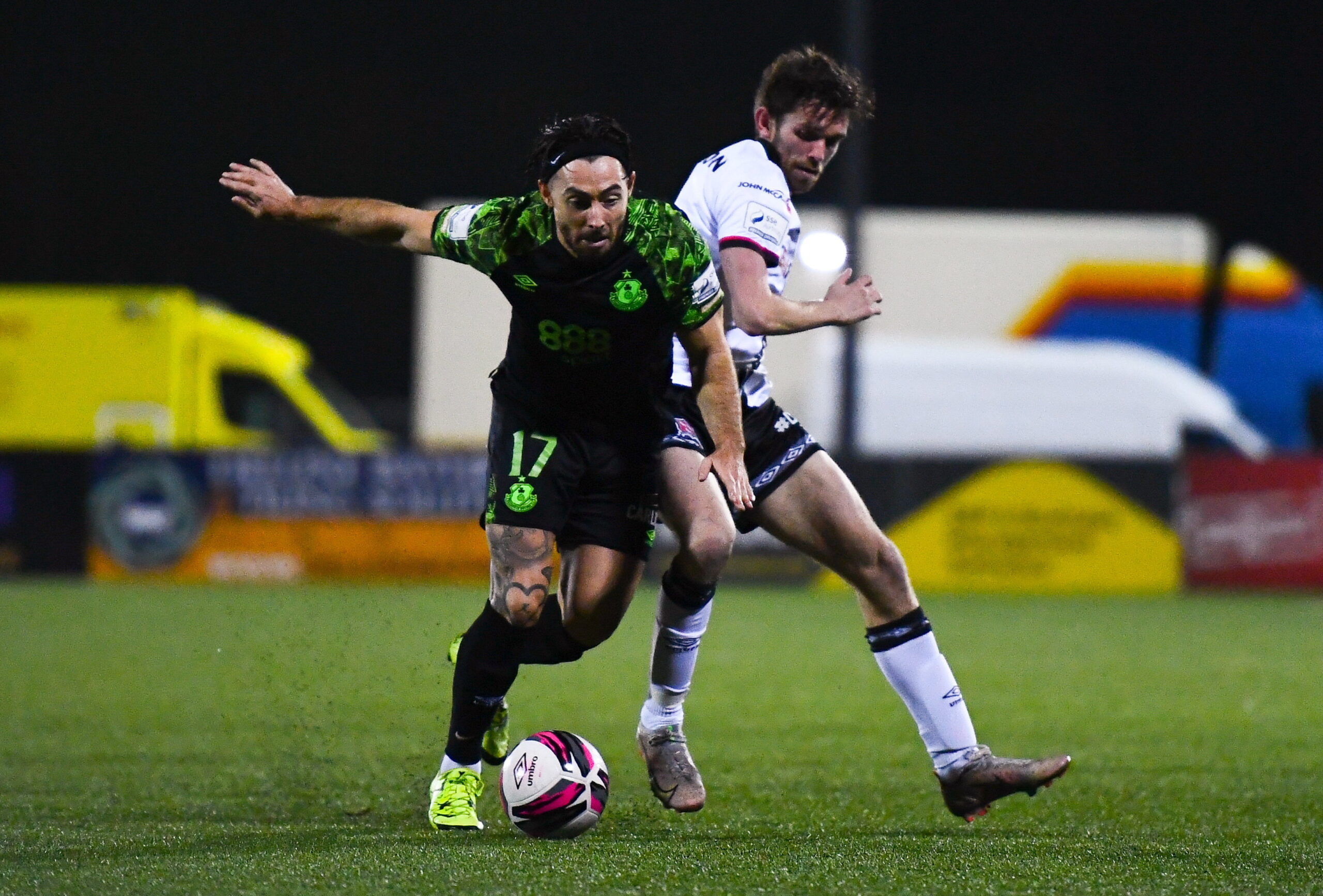 “I think there has been a lot of games where we’ve been on top for large periods and not come away with all three points, so it’s nice to finally start getting the rewards for our work and I think the performances have merited that.”

After seeming to pick up form at just the right time in the season, the Lilywhites rose to sixth in the table after Friday’s win, and Stanton believes that the team can now start looking up the table as opposed to worrying about the bottom two, as has been the case in recent months.

“We’ve been on a good run recently and it was really important for us to pick up the win tonight to keep that momentum going.

We’re always just trying to concentrate on the next game and we need to keep doing that to get ourselves up the table and further away from that bottom two but tonight was another great result and it’s always nice to get the three points in a big game like that.”