After a well-deserved break, the Dundalk squad returned to training this week ahead of the resumption of the SSE Airtricity League season.

The campaign was due to restart this weekend but a raft of international call ups meant that four fixtures, including Dundalk’s scheduled trip to Sligo Rovers, were postponed by the FAI.

The Lilywhites will fill the gap in the schedule with a friendly against Bohemians at Dalymount Park this evening, and speaking to dundalkfc.com, head coach Stephen O’Donnell said it was an opportunity to give most of his players some game time ahead of their return to competitive action next week.

“We’ll look to manage minutes and get the lads back on the horse, so to speak,” said O’Donnell. “It’s a good opportunity for the likes of John Mountney, who is coming back from injury, and lads who haven’t played loads of minutes to come in and hold their hand up.

“It’s a good friendly to have. We could have played an in-house game, and the competitiveness in the squad would have made that a good workout, but nothing compares to when you’re playing another club, especially at their ground.”

Three straight wins before the break means that Dundalk will return to league action occupying second place in the table but O’Donnell said that his focus is solely what happens from here on in. 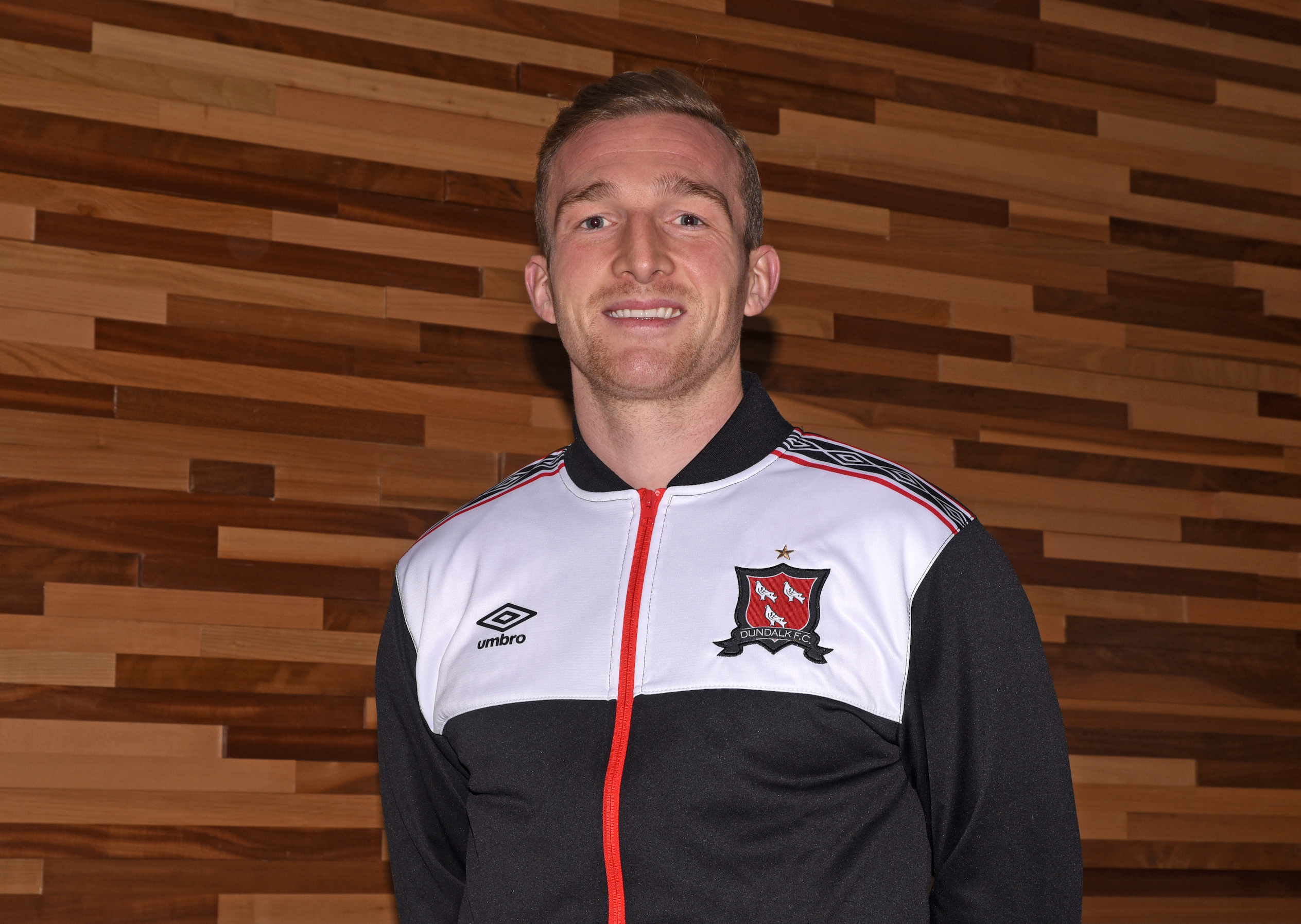 John Mountney is due to play some part in the friendly against Bohemians on Friday night. Photo by Ciaran Culligan

Asked if he used the break to reflect on his side’s performances in the first period of the season, he said: “I didn’t really. That goes out the window now. I’m very happy with how we did but it’s gone now.

“I’m just glad the players got their rewards for their hard work. Sometimes you can work really hard and not get the results and that can dampen spirits so I’m delighted that they know that if they work hard, train hard and play for each one another, it will get you results.”

Dundalk’s first league fixture back, at home to Shamrock Rovers on June 17th, has the potential to be a blockbuster. The Lilywhites are just eight points behind the league leaders, with a game in hand, and O’Donnell said he was looking forward to another raucous night at Oriel Park.

“It’s a great game to come back to,” he said. “Obviously, Shamrock Rovers have been the standard bearers but we’re looking forward to it. We’ve played them twice already and the game are always tight. It’s a nice one to have after a couple of weeks break and to countdown towards.

“The players have trained very well since they’ve come back. They seem refreshed and it was good for them to get a few days to decompress. They’re back working hard and they’re enjoying it.

“The fact that the Sligo game is off meant we were able to give them an extra few days and still have a full working week. It also means we’ll be going into the Shamrock Rovers game with two full weeks of training behind us.”