Stephen O’Donnell was far from downbeat despite watching the Lilywhites slip to a 5-1 defeat in our second pre-season outing of 2022 against Bohemians at Oriel Park on Tuesday afternoon.

The visitors found themselves 2-0 up after half an hour thanks to a couple of sparkling finishes by Promise Omochere and further goals by Grant Horton and Ali Coote put the result beyond doubt before the halftime whistle.

James Finnerty made it five before Paul Doyle claimed a consolation – and his first goal for the club – when he met Joe Adams’ free-kick to flick a neat header past James Talbot late on and, speaking afterwards, O’Donnell opted to focus on the positives.

“Obviously the scoreline isn’t great but Nathan Shepperd didn’t have too many saves to make because everything they hit went in,” he told dundalkfc.com. “We could have done lots of things better in the build-up to all of their goals but some of them were just great strikes. 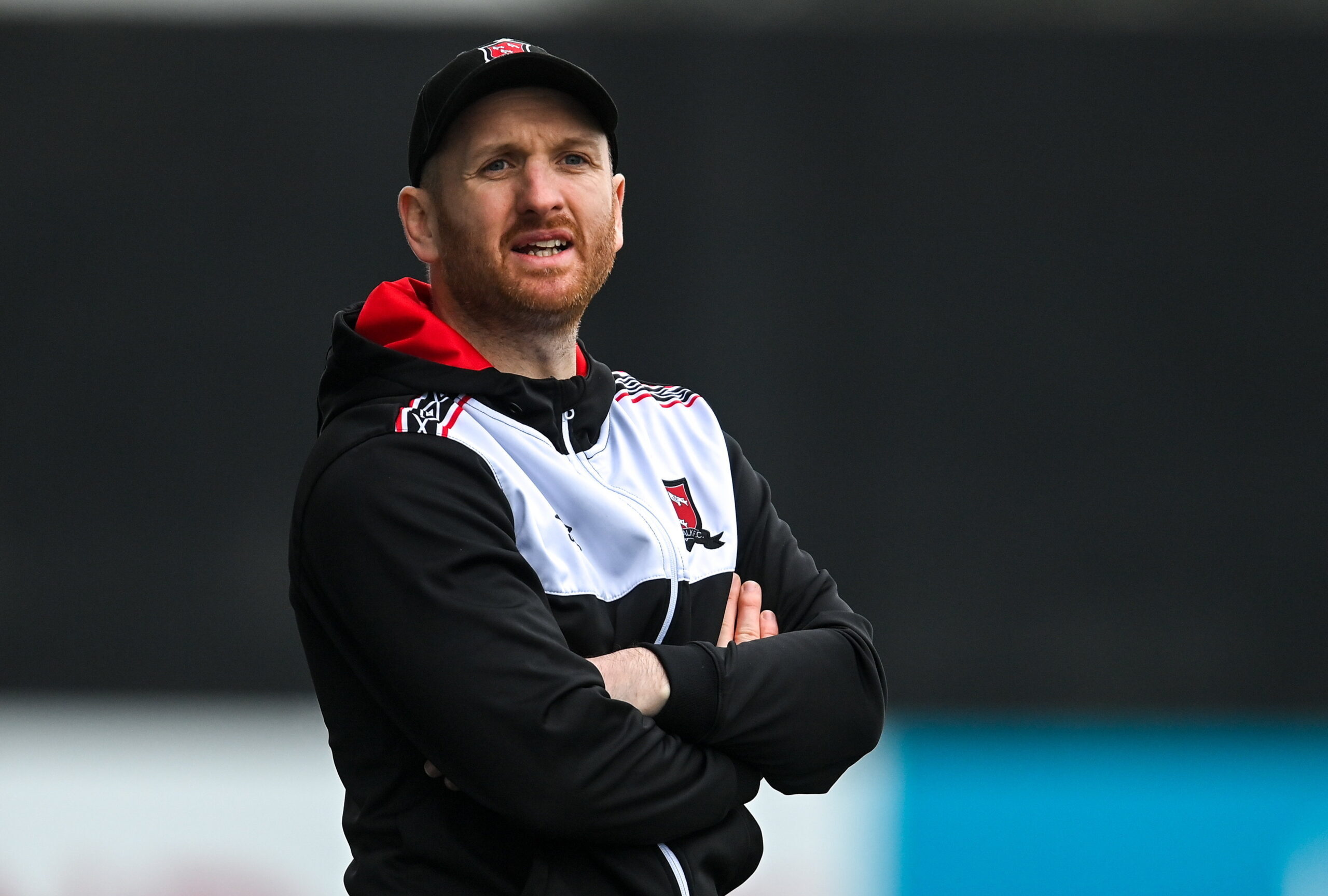 “If you look at the Bohs team, I’d imagine that up to 10 of them will start the first game of the season and, bar Dawson Devoy, they were at full strength so it was a great test,” he continued. “They treated it like a proper game whereas we probably treated it like a pre-season match.

“It’s a great test for the new boys who have come over because they can see the level now and it’s a reminder for everyone that we still have a bit to go. There are things we have to learn – and we will learn – and I’d much rather it happened a month out from the season than during the season.”

An injury to Daniel Kelly didn’t help matters but O’Donnell said he didn’t think it would keep the winger out of action for too long a period of time.

“Dickie pulled up but I don’t think it’ll be overly serious,” said the Lilywhites head coach. “He just felt a twinge in his hamstring so he might miss a few days but, hopefully, nothing more than that.” 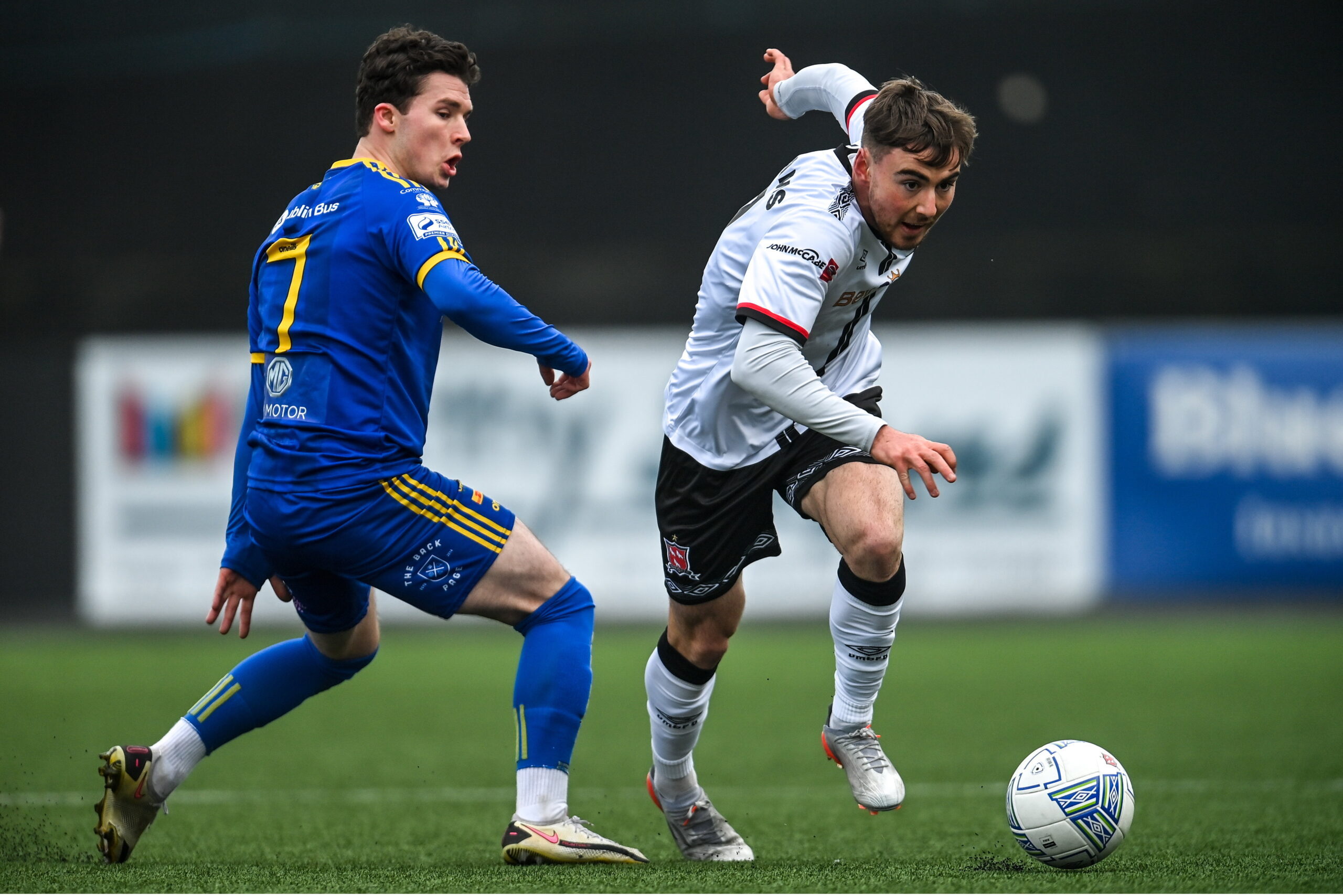 Dan Williams of Dundalk in action against Ali Coote of Bohemians during the pre-season friendly match at Oriel Park. Photo by Ramsey Cardy/Sportsfile

Adams came off the bench in the 61st minute to make his first appearance for the club since joining from Brentford B and O’Donnell said the midfielder was in line to get more minutes under his belt when Dundalk travel to the RSC to face Waterford on Saturday afternoon.

“Joe hasn’t really done anything since the beginning of December,” said O’Donnell. “He had a bit of an injury and Brentford B weren’t in over Christmas due to Covid so that will bring him on a bit and hopefully we’ll get more gamete into him over the next few weeks.

“We go to Waterford on Saturday and we’ll do a similar thing to what we did today in that the lads who came on will get an hour down there. After that, we’ll be looking more along the lines of getting 90 minutes into lads ahead of the season opener on February 18th.”