Dundalk FC has agreed a new two-year partnership with The Unit which will see the local development and marketing company become the club’s official warm-up kit sponsor.

The Unit’s logo will feature on the club’s official warm-up t-shirts and quarter-zips for the next two years, cementing the Ramparts-based firm’s burgeoning relationship with the Lilywhites.

The Unit, which was founded by local men Paddy Casey and Conor Durnin, have been regular match day sponsors over the past number of seasons, and their perimeter advertising is a familiar sight in front of The Shed at Oriel Park.

The company, which employs over 40 people in Ireland and Ukraine, has also produced several of the club’s promotional videos in recent years. 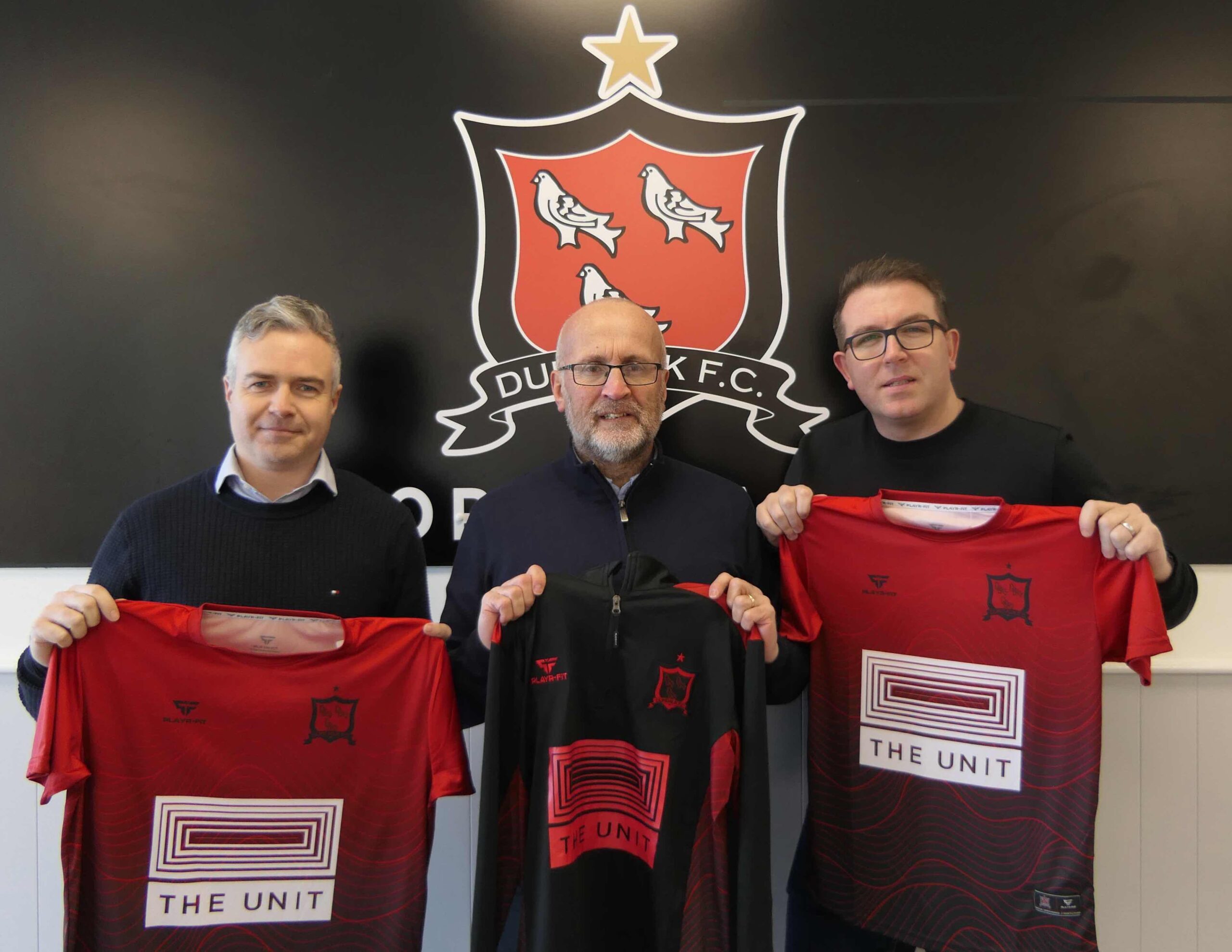 “Everyone at The Unit is delighted to get on board as Dundalk FC’s official warm-up kit sponsor for what promises to be another exciting season ahead,” said Paddy Casey, co-founder of The Unit.

“We’re all lifelong fans of the club and are extremely proud to be able to assist the club with this sponsorship deal over the next two years.”

“We are delighted to announce this partnership with The Unit which will see their branding proudly featured on our official warm-up kit,” said Dundalk FC chief operating officer Martin Connolly.

“As an ambitious local business with a talented team, we believe The Unit is an ideal partner for Dundalk FC. We’ve had an extremely positive working relationship with Paddy, Conor and the team at The Unit over the past 12 months and we look forward to that developing over the next two years.”

For more information on The Unit, visit www.thisistheunit.com